Land is the heart of the matter

Are the Prairies the last frontier for reconciliation? 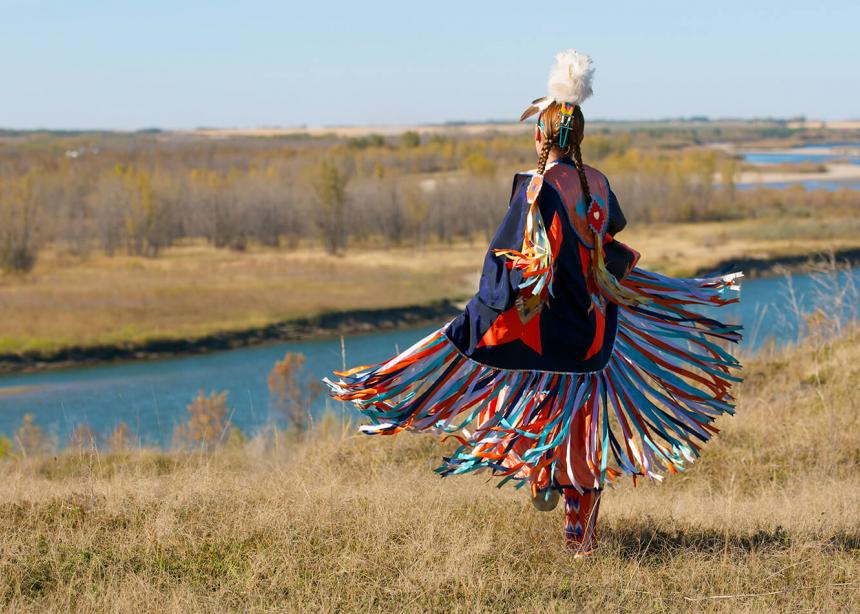 'If you understand nothing else about the history of Indians in North America, you need to understand that the question that really matters is the question of land.' —Thomas King in The Inconvenient Indian (Photo © iStock.com/Nina Henry)

In the opening half of Steven Ratzlaff’s play Reservations, first staged in Winnipeg in 2016, an Alberta Mennonite farmer informs his two children that he plans to give a section of land—most of what he owns—to the Siksika First Nation. The farmer has heart troubles and he’s already renting the land out.

His daughter, visiting from Toronto, is aghast. She’s counted on her full inheritance. From a call to a realtor, an old friend, she estimates the value of those 260 hectares at more than $3 million. She accuses her father of acting out of misplaced settler guilt. She warns that he will “be the talk of the town, and it won’t be pretty,” since he’ll be insulting both his neighbours and the generations that preceded him on the land.

The farmer can’t quite explain himself. But neither can he shake the unsettled feeling he got as a child finding an arrowhead. The treaties, he declares, were a land grab; his grandparents, for all their hard work, got their start for next to nothing. He knows there is no way to make conquest right, and certainly no reason to expect that governments will take real responsibility, so he has decided on what he calls a gesture of restitution, not reconciliation. He will still leave something for his children, but they will pay a financial price for what he feels compelled to do.

The premise may be far-fetched, but it does put the sharpest possible point on the problem. The idea that a farmer—even a farmer who knows his gospels—would relinquish land to the nearest first nation is intended to be more challenging for the audience and the neighbours, say, than the fact that this farmer, once a widower, is remarried to the Cree woman who came out to the field to deliver parts for his seeder, found him on the ground and called the ambulance.

For land is the heart of the matter.

“If you understand nothing else about the history of Indians in North America,” writes Thomas King in The Inconvenient Indian, “you need to understand that the question that really matters is the question of land.” For indigenous peoples, land is intertwined with language, history, ceremony, sustenance and, in particular places, a sense of home; their removal from the land was the main goal of governments.

The story of how Prairie land became freehold property under the sovereign authority of Canada, inherited from British “discovery,” is recent and well-documented. It includes the public purchase of Rupert’s Land from the Hudson’s Bay Company in 1870, to the bewilderment and anger of indigenous leaders who did not know how it could be owned outright, or sold, even as treaties were being negotiated. The surveyors and homesteaders followed quickly.

The details take those of us who are settler people into unsettling territory.

That must surely help to explain why there has been such muted response in the countryside to the Truth and Reconciliation Commission’s final report into the residential school experience and its call for all Canadians, not just their institutions, to renounce “concepts used to justify European sovereignty over indigenous lands and peoples.”

What might it mean for farmers and farm communities to renounce the Doctrine of Discovery? What might the work of reconciliation look like in places where land still matters?

Other narratives are possible

These are difficult questions, to be sure, but not impossible ones, even after the shooting of a young Cree man on a Saskatchewan farmyard last July exposed racial tensions and fears. For it is downright dangerous to assume that no other narrative is possible in the countryside.

Let’s start by dealing with the standard deflections:

The real challenge of a different relationship is that it requires that we step outside the settler mythology that has substituted so comfortably for honest history.

The mythology goes like this: There was no one here when we came. This country gave us freedom—land—and we made something of it through our own hard work and sacrifice.

The mythology contains some truth and hides more. It assigns to cultivators the status of natural successors on the land. Productive use and improving the wilderness is entitlement enough. In North America, since governments supposedly had dealt with the Indians, the only obstacle was nature itself.

The mythology also assumes that indigenous peoples were unsuited to agriculture and unwilling to work hard enough to succeed at it. Such assurances are false and self-serving. They overlook, for example, that despite the federal government’s well-documented indifference in meeting its treaty commitments after the rapid decline of the prairie bison herd, some first nations actually experienced success at farming and ranching—enough that settlers, unhappy for the competition, demanded what became restrictions in the Indian Act on the right to sell grain and livestock off-reserve. The frustration of commercial agriculture became the pretext for poorly compensated surrenders at places like Siksika, Alta., which evidently couldn’t use, and therefore didn’t need, reserves that big. Better to open the land to immigrants.

While the settler mythology is powerful, it is wrong to typecast farmers either as its self-interested beneficiaries, especially since the logic of productive use has turned against so many of them, or as its captives. It was a farmer who first told me I needed to read The Inconvenient Indian.

We should take heart from a couple of recent countercultural examples:

Such local actions, of course, fail the test of grand political declarations. What characterizes each of them, however, is a willingness to accept the responsibilities that the land itself presents, to take the risks of real relationships with indigenous peoples. These examples do not take land as a zero-sum commodity; they make it a place for gathering and ceremony. They are a start.

Other initiatives will emerge, allowing farmers to listen to their indigenous neighbours. Older names for creeks and landforms might be restored. Sacred places might be identified, and access made possible. New coalitions might form, like the one in Saskatchewan involving ranchers, first nations and conservationists around a vision for prairie grasslands other than the one behind the previous federal government’s sell-off of community pastures. They might work together creatively in support of indigenous initiatives to restore the bison to the Prairies.

Farmers in the industrial countryside who themselves have been in the way of resource development and energy corridors—and sometimes stood their ground—might stand, in turn, with indigenous neighbours whose land is often the first and last resort for the kind of messy projects that are safely out-of-sight/out-of-mind for most people. Like Standing Rock in North Dakota. Or the next one.

The greater challenge is not necessarily that farmers are incapable of stepping outside the settler mythology. Instead, it is that the countryside is now subject to such economic pressures and accelerated change, including larger, more capital-intensive farms and land assembly by outside investors. In many farm communities, the status of the next generation is in question. (Indicatively, the children of the farmer in the stage-play live elsewhere.)

The possibilities of a different kind of rural relationship with indigenous peoples diminish in a countryside turned into a food-resource plantation, not a place of settled communities.

Put another way, the work of reconciliation is not so separate from that of building respectful rural futures in which responsible practices of food, livelihood and mutuality can be sustained—inclusive of indigenous communities. For, in the most practical terms, land is still the heart of the matter.

Roger Epp is a professor of political science at the University of Alberta and author of We Are All Treaty People. Originally published in the Jan. 11, 2017, in Prairie Messenger. Reprinted with permission of the author.

1. What are some of the names of rivers, creeks or other landforms in your part of Canada? Which names have connections to the original inhabitants? How might you discover the names used by indigenous people? What is the significance of using an indigenous name? Do you consider “Ottawa” or “Saskatoon” as indigenous names?

2. Where does your community have plaques or signs to designate places of historical interest? Who decides what historical places or landscapes are acknowledged? What do these plaques tell us about ourselves or our society? What other ways are there to acknowledge meaningful locations?

3. Roger Epp says that “land is the heart of the matter.” What does he mean? Is this true for all societies? What is the attitude towards land in your community? How does the concept of personal ownership influence our attitude towards the land?

4. What are the opportunities in your community for real relationships between settlers and indigenous people? Can you think of other ways to work at fostering such relationships? What are some possible ways to recognize past injustices regarding land?

'If you understand nothing else about the history of Indians in North America, you need to understand that the question that really matters is the question of land.' —Thomas King in The Inconvenient Indian (Photo © iStock.com/Nina Henry) 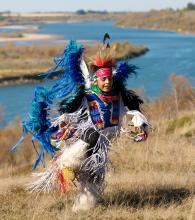