From Kitchener-Waterloo to Kenya 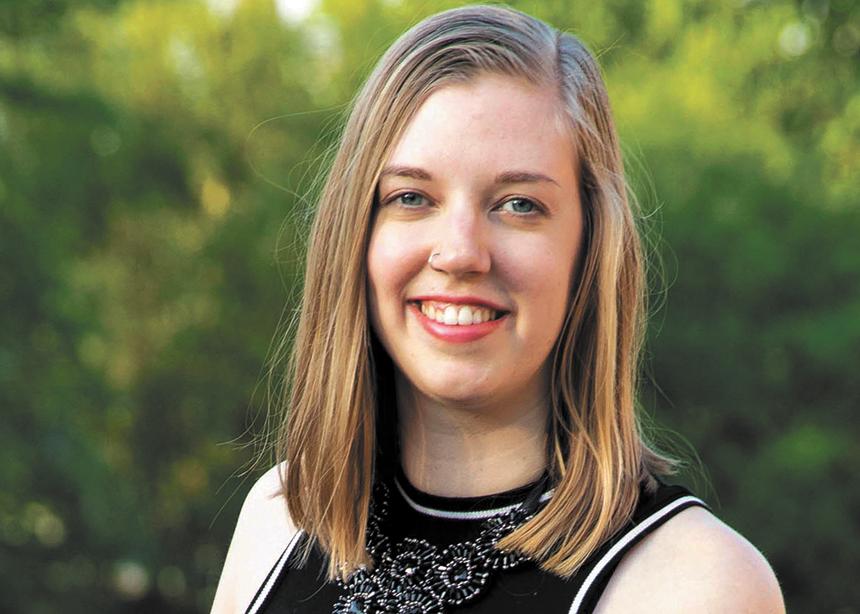 A young woman is impacting the citizens of a community 13,000 kilometres away from her home in Kitchener-Waterloo, Ont.

Amanda Snyder is the co-founder of Camp Marafiki Pamoja, a health-and-education-based summer camp in Riruta Satellite, a high-poverty area of western Nairobi, Kenya. The camp offers children in the area the opportunity to eat together, sing, play games, make crafts and learn lessons related to science and health.

This past August, 110 children attended the two-week camp.

Snyder, Kamiri and Whelan were so moved by the dedication of Francis Ongeri, principal of Bright Star, that they wanted to return the next summer and continue being involved with the school.

They felt strongly that a day camp could build on the mission and success of the school during the students’ August school holiday.

“Unfortunately, when the youth aren’t learning, they’re more likely to get into trouble and engage in, and witness, unhealthy behaviours,” says Snyder, 27. “We started Camp Marafiki Pamoja to offer the students a safe place to go to, where they could balance learning and having fun during their break.”

With Ongeri’s support, Snyder, Kamiri and Whelan returned to Bright Star in 2016 and ran the inaugural camp. (The camp takes its name from the Swahili words for “friends united.”) This past August, Snyder and Kamiri ran the camp for the second time.

In the community where Bright Star is located, unemployment is high and the area lacks adequate social services. Many of the school’s students are orphans after losing both of their parents to AIDS.

Still, the school’s hopeful theme is, “To bring change in the life of kids, bring joy and happiness instead of tears, and to transform the society to be a better place for these young ones.”

“Even from the very beginning, I knew this was a place I wanted to be,” Snyder says. “The people [are] what I really fell in love with the most. . . . I definitely have a Kenyan family that I love returning to now.”

Snyder adds that what she enjoys most about running the camp is seeing the impact it has beyond just the students who attend.

“It’s really something that seems to be bringing the community together,” she says. Parents and teachers volunteer their time to help out, and they help shape the camp’s programming. “It’s amazing to see.”

When Breslau Mennonite held its annual summer Bible camp program earlier this year, youth who attended learned about Kenya through hearing stories and looking at pictures. They wrote letters to the children at Camp Marafiki Pamoja, which Snyder delivered to them when she travelled to Riruta Satellite in August.

The students at Camp Marafiki Pamoja, in turn, learned about the children at Breslau Mennonite.

“It was really cool to be able to make those connections,” Snyder says.

Eleanor Epp-Stobbe, Breslau Mennonite Church’s pastor, agrees. She adds that, for the congregation, supporting Snyder in her work with Camp Marafiki Pamoja is one way the church can live out its mission.

“It’s a very grassroots way we can extend our peace, love and justice beyond our own community here, to a place and people that we . . . feel a little closer to through Amanda,” Epp-Stobbe says, praising Snyder’s vision. “It’s a remarkable program, an amazing initiative, of a passionate, faithful young woman,” Epp-Stobbe says.

Snyder, and Kamiri, who lives in Indiana, are already busy planning the 2019 program for Camp Marafiki Pamoja. Goals for the future include establishing the camp as a non-profit, phasing out North American volunteers so that adults in the community can take complete leadership, inviting more input from the community, and starting a year-round meal program at Bright Star so that every student who attends the school can receive a meal there.

In the process, Snyder says that she is receiving much more than she could ever give. “I don’t go a day where I don’t think about the kids there and my Kenyan family there,” she says. “They have changed my life.” 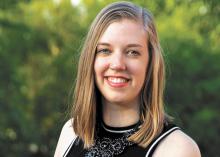 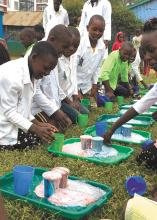 Children at Camp Marafiki Pamoja get a little messy with some science experiments. (Photo courtesy of Amanda Snyder) 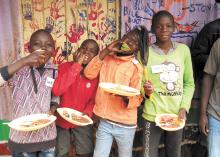 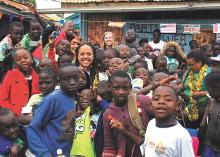 ‘They have changed my life,’ Amanda Snyder says of the people she has met in Nairobi. (Photo courtesy of Amanda Snyder)

I write to confirm the brilliant job done by Camp Marafiki Pamoja organizers. I am a beneficiary of the Bright Star Academy. Because of a well-planned camp, I create time to give back to my needy community. When the project began, to be honest, I wasn’t sure they could pull this off. But, they certainly did it and did it well. We are so fortunate to have Camp Marafiki Pamoja in our area.