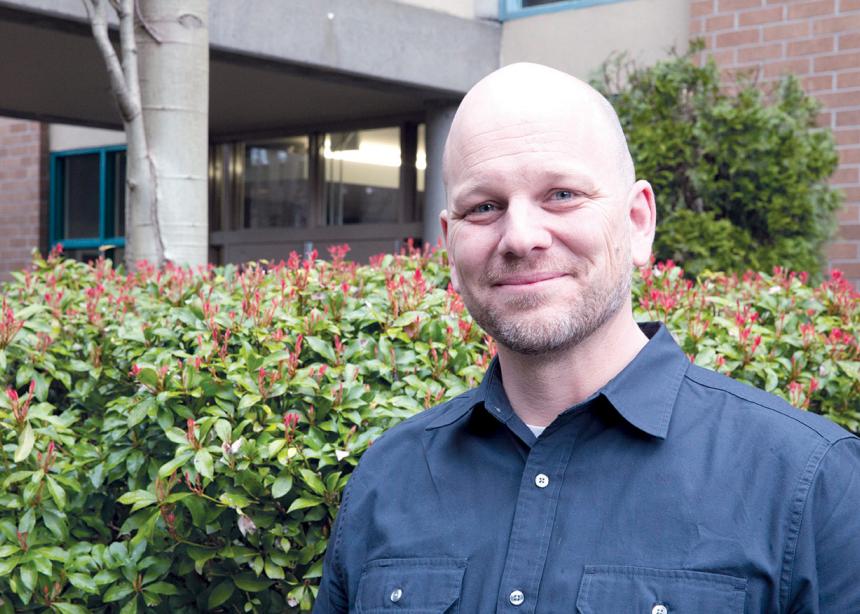 Gil Dueck doesn’t have a one-size-fits-all plan for how churches can better engage with the young adults in their congregations, but he has some ideas.

While questions about “how the kids are doing” can quickly become cliché, he says, ultimately, they are healthy.

“They are, at rock bottom, expressions of love and concern,” Dueck tells Canadian Mennonite by phone from his office at Columbia Bible College in Abbotsford, B.C., where he works as the academic dean. “That’s a beautiful thing, because [it shows] we care about the next generation, we care about how they’re doing.”

Dueck, who holds a PhD from Vrije Universiteit in Amsterdam, the Netherlands, has a deep desire to see young adults grow and develop as Christ-followers. His doctoral dissertation explores emerging-adult faith development. He likens the dissertation to two maps:

• The first traces what the transition to adulthood looks like for young people in the 21st century.
• The second explores what it means to grow and mature as a disciple of Jesus Christ.

The dissertation explores “emerging adulthood,” a phrase coined in 2000 by American psychologist Jeffrey Arnett to describe a new stage of development between adolescence and adulthood. Whereas before, people typically got an education, got a job, got married, bought a house and had children, all by their mid-20s, many young adults today are taking more time to reach those milestones.

“There’s sort of an acceptance that it’s on the horizon, [that] you have to get there eventually, but it’d be okay if you waited awhile, because it’s probably not going to be all that fun—it’s going to involve things like mortgages and taxes,” Dueck says.

Young adults today, he adds, are coming of age in the midst of a uniquely challenging cultural moment: They have unprecedented choice and possibility when it comes to the direction their lives can take, and they are growing up in a culture that has largely repudiated the Christian faith.

One of the implications of this is that young adults are spending more time away from the church than they might have in the past. “Obviously there’s more time for people to drift away, and that’s what I think is behind some of the cultural anxiety that we sense in the church these days about young adults,” he says.

So what can churches do? Dueck is leery of programmatic solutions, because not all churches have the resources to implement them.

“Low-key, relational kinds of contact points are a big part of this,” he says. That could mean having people in the church check in and maintain a relationship with young adults, even if they aren’t showing up to church every Sunday morning.

Everywhere you go, he says, people are saying that the church needs to have honest conversations with young people, and hear them out about where they are in life and what they are feeling. Broadly speaking, he says, that’s good advice, but it has its limits.

“I would say this to older Christians: Don’t be afraid to offer guidance,” he says. “I think there’s a sense sometimes that older people can be a little bit nervous and timid about [offering guidance], maybe because they experienced older people in their life as quite dominating or coming with cookie-cutter solutions or quite dogmatic . . . and so they’re really keen to back away from that and just say, ‘Well it’s not my job to tell you what to think or what to do.’

“I want to affirm the need for hospitality and for patient listening, and for giving space for young adults to describe what the world looks like and what challenges they’re facing,” he adds, “but I think there’s also a need for the church, for older people at least, to be a bit bolder in terms of offering [the] wisdom we have.”

Ultimately, Dueck says, there is a more profound question he would like to see the church wrestling with: Where are we going?

“There’s a question about what is the end goal here that I think we need to drill into as churches,” he says, concluding, “I’d like to see us use this conversation about young adults as a stepping stone into larger conversation about some of those themes.”

See the feature, “Prodigal pastor,” for the story of how one elderly congregation led a young man back into faith.