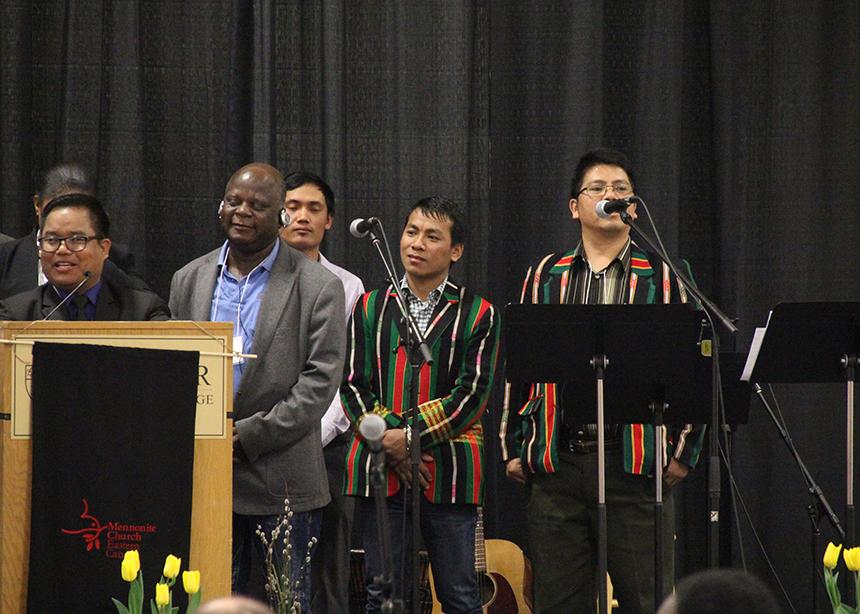 Mennonite Church Eastern Canada already had several Chin congregations in its midst, with all of them having roots in the Hakha-Chin community. Like many languages, though, the Chin language from Myanmar has several dialects, and, as of this spring, the regional church is now home to the Matu-Chin Christian Church in Kitchener, whose members speak Matu-Chin.

The Matu-Chin group of 30 adults and children meets at First Mennonite Church on Sunday mornings at 10:30. Some had tried the other Chin congregations in Kitchener but could not understand the Hakha dialect. During the Matu-Chin sermon by Pastor Thing Sai, the children are given a Sunday school lesson in Matu-Chin by one of the youth, although some of the children attend First’s Sunday school in English. The congregation also gathers Saturday nights for Bible study and a potluck.

Sai began his ministry as a youth pastor in India under Pastor Jehu Lian, former pastor of the Chin Christian Church, an MC Eastern Canada congregation in Kitchener. Lian is now in apostolic ministry with Myanmar Missions International. Sai had fled to India as a refugee when he was 11, and later lived there for 16 years, completing his bachelor of theology degree at an English-speaking seminary; he has since completed a master of divinity degree from the same school via the internet.

Sponsored by his wife to come to Canada, he currently pastors the church and is in charge of child care at home, as his wife has full-time employment. As in many of the Chin congregations, he does not receive remuneration for his church work. Although he does not currently have a mentor, he finds that First Mennonite pastors Nancy Brubaker and Rene Baergen are a great support.

When asked why the congregation chose to affiliate with Mennonites, Sai noted the connection with Lian and his research on what MC Eastern Canada believes. Mennonites seemed like a good fit, he said.

The Chin of Myanmar do not have family names. Thing Sai had to designate one part of his name as his last name when he came to North America, but his siblings do not have the name Sai. He hopes that his children, now 4 and 2, will learn their culture, as well as English culture, and will also retain their faith in Christ. His goal is that all his families will grow in Christian faith even as they move into Canadian culture. The last week of July the congregation did the stereotypical Canadian thing and went camping together.

Speaking at the MC Eastern Canada event in the spring, Sai said, “Keep us in your prayers. We are a very small group. We don’t really expect things from [the regional church] but we want to walk together. We want to be together as a partner, like a friend. We don’t want to be alone.” 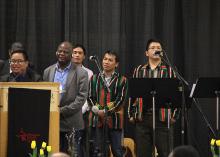