‘We are in this together’ 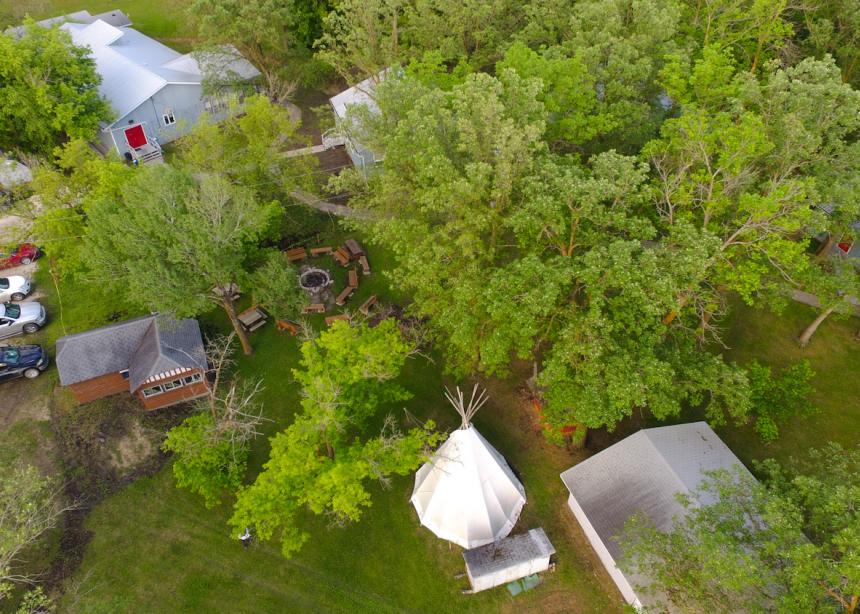 In 1990, as the 500th anniversary of Columbus’s arrival on this side of the Atlantic loomed, Mennonites felt compelled to do something tangible. The Conference of Mennonites in Canada (CMC) formally resolved to work with Mennonite Central Committee (MCC), which was already exploring the establishment of a Jubilee Fund.

The intent of the fund was, according to a CMC resolution, to “express to the Native people of Canada our gratitude for their generosity in sharing their land with us and our ancestors; and acknowledge the way in which Native people repeatedly and consistently have been thwarted in their endeavour to have access to their rightful lands and their unique status.”

The original vision included a focus on “areas where Mennonites have directly benefited from the treaty process,” and where commitments to Indigenous communities had not been honoured. The resolution said each family in the conference “would be invited to contribute toward this fund.”

Such a fund was indeed established, in discussion with several Indigenous organizations. The tri-fold focus was education (bursaries for Indigenous students), advocacy (particularly related to unmet treaty land commitments), and concrete projects.

Today, $109,000 sits in the Jubilee Fund, with the interest it gains distributed annually to Indigenous initiatives.

One of the current recipients is the Sandy-Saulteaux Spiritual Centre, an Indigenous ministry training centre on 15 wooded hectares near Beausejour, Man. It is receiving money for its Mamawe Ota Askihk (Sharing Life Together Here on Earth) program.

The program, which started in 2017, combines the centre's gardening efforts with a vision for bringing together Indigenous and non-Indigenous people around food preparation and land-based skills. The result has been an annual week-long gathering in which people from various backgrounds and parts of the country might be found preparing animal hides side by side, processing wild rice together or smoking fish.

Shoon Keewatin of Grassy Narrows (Asubpeechoseewagong) First Nation has provided some of the traditional land-based knowledge.

“We stumbled into a mode of reconciliation work that is not talk-based,” says Marcus Rempel, a Mennonite who lives near the centre and has been part of facilitating the program since the beginning. “We got our bodies moving in parallel,” he says. This led to relationships that, he says, felt “genuine and enlivening.”

Adrian Jacobs, who serves as keeper of the circle at the centre, talks about the healing nature of people being together and reconnecting with the land. In a phone interview, he also highlighted how lessons from the program have been incorporated into the centre's work with families, couples, moms and dads.

In addition to training ministers from Indigenous communities, the centre does a range of healing work, including family reunification initiatives for families involved with the provincial Child and Youth Services.

Jacobs is hoping that this year's gathering, planned for August, can still proceed, although that remains unclear because of COVID-19 restrictions on gatherings. The Jubilee Fund contribution supports travel and registration fees for Indigenous participants.

The fund continues to be administered by MCC and Mennonite Church Canada, the successor of CMC.

Usually $5,000 to $7,000 is handed out annually, often split between two recipients. In the past, the fund has contributed to genealogical work, equipment for mapping of traditional territory, Métis seed saving, wild salmon advocacy, gardening initiatives and many other projects from coast to coast.

Plett acknowledges both the value of the work supported by the fund, as well as the fact that it is a “drop in the bucket” in terms of the overall need. She sees obvious value in giving money directly to Indigenous-led grassroots organizations, while also saying that it is “important not to pretend it is bigger than it is,” and “not just pat ourselves on the back.”

Heinrichs salutes the Mennonite elders who enacted the vision for the Jubilee Fund in the early ’90s. “It must have taken a lot of courage,” he says of their bold words about inequity around land. For him, the spirit of the fund is to say that education is not enough in response to injustice: “We gotta share tangible material resources.”

He welcomes further donations to the fund. “Giving to the Jubilee Fund is a tangible opportunity to work for healing justice,” he says. “We can’t resolve the land question, but we can put our hearts and resources into the circle, and show that we are in this together.”