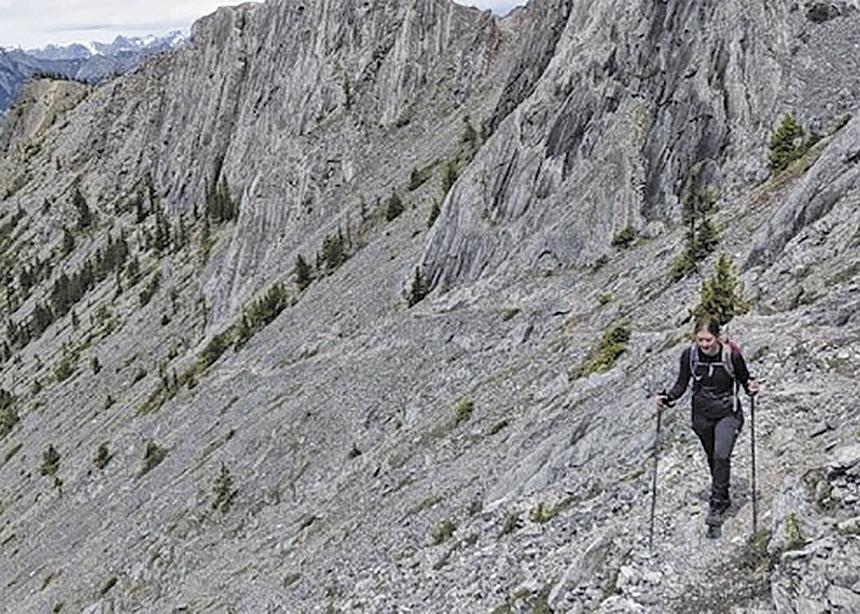 Carol McNaughton hikes the Wasootch Ridge as a participant in the 2020 Camp Valaqua hike-a-thon fundraiser. (Photo by Hossein Talebi)

Camp Valaqua received great news recently. As of Aug. 26, its annual hike-a-thon raised a record amount of $34,456, nearly double the previous record of $18,000.

Ron Janzen, who is often the biggest fundraiser, beat his own record, raising more than $10,000 this year.

Jon Olfert, Valaqua’s camp director, has an idea. “I think it has to do with us being shut down, and our supporters being worried about us,” he says. “It’s a bit overwhelming, to be honest. The nature of the event also created flexibility in terms of timeline, so that may have helped as well. I think we’ll maintain some sort of remote option in the future!”

Twenty-two hikers participated from Mennonite churches across Alberta this year. 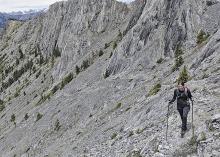 Carol McNaughton hikes the Wasootch Ridge as a participant in the 2020 Camp Valaqua hike-a-thon fundraiser. (Photo by Hossein Talebi) 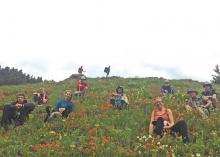 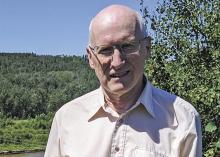 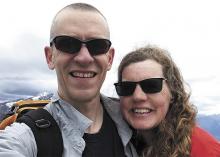