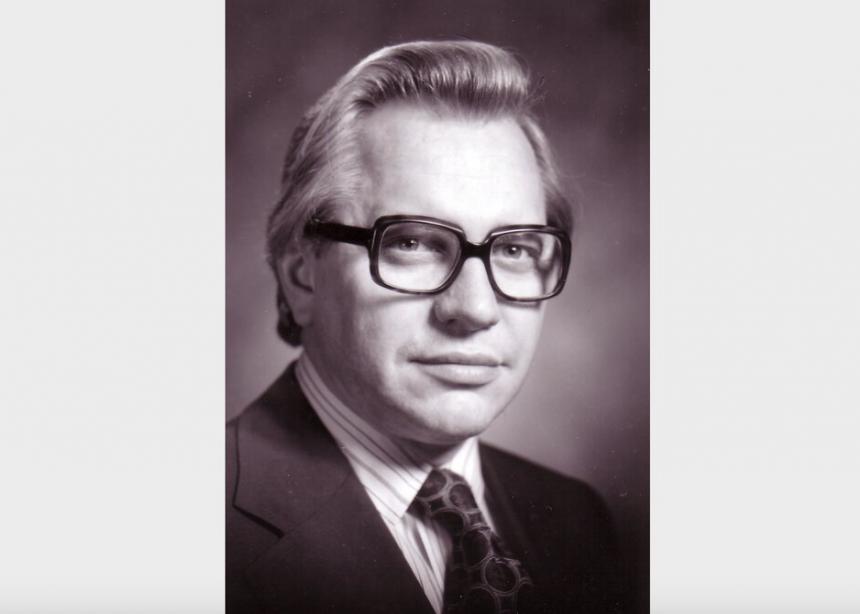 Mennonite Church Eastern Canada and Mennonite Central Committee Canada (MCC) announced on May 27 that they cooperated on an investigation conducted by an independent team, based on a disclosure that was decades old and was recently brought forward again.

Epp, who died in 1986, served in a variety of leadership roles in the Mennonite community in Canada. He also served on the presidium of Mennonite World Conference and ran for public office in Canada in 1979 and 1980.

Both organizations reported that an original complaint was brought forward in the 1990s, about Epp’s actions while he was a credentialled Mennonite pastor and was also serving as chair of MCC’s Peace Section and a member of MCC Canada’s board and executive committee. However, the organizations now recognize that their past policies and procedures did not appropriately address sexual violence. “We acknowledge that our policies and response at the time did not meet our current standards,” said MCC’s statement.

Epp was ordained in what is now MC Eastern Canada and served as part-time pastor of four Mennonite congregations in Canada and the United States.

In February 2021, a formal misconduct complaint was submitted to the regional church. The investigation was based on the current denominational protocol, “Ministerial Sexual Misconduct Policy and Procedures” and reported a finding of ministerial sexual misconduct.

The regional church recognized that its past policies “were restrictive to both the complainant and [MC Eastern Canada’s] potential action.” The statement said: “[MC Eastern Canada’s] Executive Council and Leadership Council deeply regret the harm that was caused to the survivor and the survivor’s family by [our] actions and inactions. We are sorry that our response so many years ago caused more harm and did not communicate that we took your experience seriously.”

The MC Eastern Canada statement explained, “Though the investigators acknowledge that lacking Epp's version of events creates a deficit in information gathering, through many interviews and historical documents they found sufficient and compelling corroboration for the allegation of ministerial sexual misconduct . . .  The nature of the misconduct was in the form of sexual advances and sexual touch, which included hugging, kissing and sexual intercourse.”

Leah Reesor-Keller, MC Eastern Canada executive minister, told Canadian Mennonite, “As a community of faith, we are on a heart-wrenching and sacred journey of coming to terms with harm committed by trusted leaders. As more cases of historic ministerial sexual misconduct come to light, [MC Eastern Canada] is continuing to learn and grow in best practices for investigations and for reporting on the findings. We have learned from survivor advocacy organizations that naming the form of the misconduct provides clarity on the magnitude of the findings so that they cannot be minimized or inflated if left to the imagination.”

MCC’s investigation also reflected its current policy and determined that the complaint of sexual harassment was founded. The statement read, “MCC grieves the pain and loss experienced by the victim survivor through the harmful actions of a trusted leader. We affirm the victim survivor’s courage and resilience for stepping forward.”

A representative for Epp's wife and daughters offered this statement to Canadian Mennonite: “As family of the late Frank Epp, we acknowledge and accept the findings of the investigation, by Mennonite Central Committee Canada and Mennonite Church Eastern Canada, into allegations of sexual misconduct by our husband and father. We recognize the suffering of the victim and their family. We hope and pray for healing for all those affected.”

Epp was a professor at Conrad Grebel University College at the time of his death. He had previously served as president there from 1973 to 1979. In an official statement, Grebel president Marcus Shantz said, “Since this misconduct occurred outside the scope of Epp’s employment at Grebel, the College was not a party to the investigation.” He added, “One of our responses will be to conduct a third-party search of our archival files to determine whether Grebel is in possession of any information relevant to this matter.”

Epp was the editor of this magazine’s predecessors, The Canadian Mennonite (1953 to 1967) and Mennonite Reporter (1971 to 1973). Canadian Mennonite was not part of this investigation and is not aware of allegations related to Epp’s tenure at this publication.

The organizations acknowledge the pain of those harmed by sexual misconduct and encourage survivors to seek counselling and to report any acts of abuse, violence or trauma:

Thank you MC Eastern Canada and MCC for apologizing for the long delay in accountability and publicly recording the harms stemming from Epp's abuse. This progress in applying ethical standards to Mennonite leaders is a welcome reprieve from generations of institutional leaders protecting sexual offenders and enabling further abuse.

As the Mennonite Church continues to learn how best to prevent and respond to sexual abuse, it is important that statements such as these identify "abuse of power" instead of relying on the more vague term "sexual misconduct." The term "sexual misconduct" enables some people lacking understanding of sexual abuse to imply that what occurred was simply extramarital affairs.

The term "abuse of power" more accurately reflects the vast research on the topic of sexual abuse that recognizes offenders are often people with significant institutional power who coerce and manipulate people who are often much younger and without institutional power. Abuses of power are fundamentally distinct from consensual sexual affairs. Church institutions need to do more to help educate the church about sexual abuse as an abuse of power, not simply an "affair."

Like Lisa Schirch, I am grateful to MC Eastern Canada and MCC Canada for their progress in the area of sexual abuse. These institutions have come a long way in recognizing the harm that has been done to many, from those who abuse the power of their positions for their own personal gratification, and from the institutions themselves for their past failures in taking action.

Further to Lisa's comments, I add this:

A "power differential" + sex always constitutes an abuse of power.

Whether it is one's teacher, one's pastor, one's manager, one's professor, one's physician, each of these positions holds power over their student, their congregant, their employee, their patient. When an individual in a position of power over another, chooses to engage in sex with that person who has been entrusted to their care, the result is always an abuse of their power.

In these cases, where there is a "power differential", there is never such a thing as consensual sex. This is abuse of power.

This is well documented in well researched publications about sexual abuse.