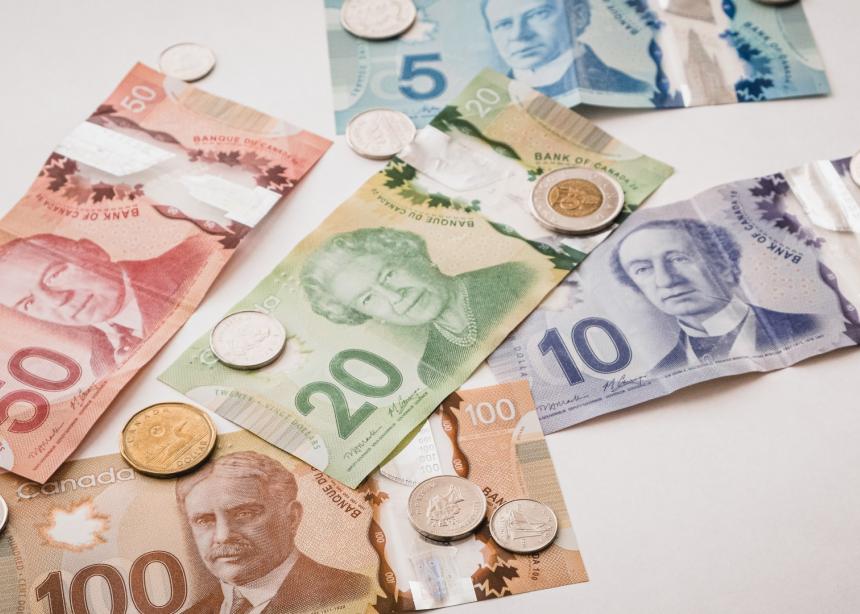 Individuals increased direct giving to their regional church in year two of the COVID-19 pandemic. The growth is contrary to the experience of secular charities. According to the CanadaHelps fifth annual Giving Report, charitable giving fell an estimated 12 percent between 2019 and 2021. In contrast, individual donations to Mennonite Church Canada’s regional churches grew by an average of 11 percent last year.

At the annual meetings of each regional church, held on Zoom or in-person in March and April, financial statements showed growth in individual donations of 4 percent for MC Alberta, 5 percent for MC Saskatchewan, 11 percent for MC British Columbia and 16 percent for MC Manitoba and MC Eastern Canada.

The donation growth offset at least somewhat the downward trend in congregational giving that continued in 2021. Congregational giving has been dwindling for years, as regular church attendance has also declined. With fewer people attending worship, there are fewer people giving money, meaning there is less to go around. The trend is worse in rural areas, where the overall population is in decline.

Responding to the trend, Gordon Peters, treasurer of MC Saskatchewan, said in an email: “Small, rural churches are experiencing struggles in many ways. Support from urban churches has been steady.”

While MC Eastern Canada reported 1 percent growth in undesignated gifts from its 98 congregations, the other regional churches all saw congregational giving decline, from 2 percent in Manitoba and Alberta to 8 percent in Saskatchewan and 9 percent in B.C.

“We had planned for a deficit of $75,200 in 2021,” wrote MC Alberta treasurer Wayne Janz in his year-end report. “Due to the generous support and keeping costs under budget, we ended the year with a $34,800 surplus.”

While MC B.C. and MC Eastern Canada both recorded deficits, the deficits were part of the budget, designed to draw down reserves created by previous large gifts, such as the sale of property or a bequest. With higher-than-expected revenue in 2021, MC Eastern Canada’s deficit was $130,000, compared to the $154,000 deficit budgeted. MC B.C. also did better than expected, recording a deficit of $70,000; after accounting for transfers from restricted funds, MC B.C., in fact, posted a surplus of $53,000.

New shared revenue agreement with MC Canada
From 2018 to 2020, regional churches pledged to send a fixed-dollar amount to support shared ministries carried out by MC Canada. In 2021, the regions negotiated a new shared revenue agreement, in which each regional church will forward a percentage of congregational giving rather than a fixed amount. The agreement has not yet been made public, but the contribution levels are set to be around 20 percent for the smaller regional churches of B.C., Alberta and Saskatchewan, and 30 percent for MC Manitoba and MC Eastern Canada.

By switching over to a percentage method of sharing revenue, MC Canada’s finances will rise and fall in parallel with what the regional churches experience.

At the time of writing, MC Canada’s financial statements were not available. They will be approved at the nationwide church’s annual meeting in Edmonton on Aug. 1.

Notes:
1.  Full financial statements include other revenue and expense lines not shown here.
2.  MCBC and MCEC intentionally budget for operating deficits because they draw funding each year from reserve funds created previously by large, non-standard gifts. They determine the maximum annual draw from the reserve that the church may use and plan a budget with a deficit up to the maximum draw. If operating revenue is higher than budgeted, the full amount budgeted for the draw is not taken.