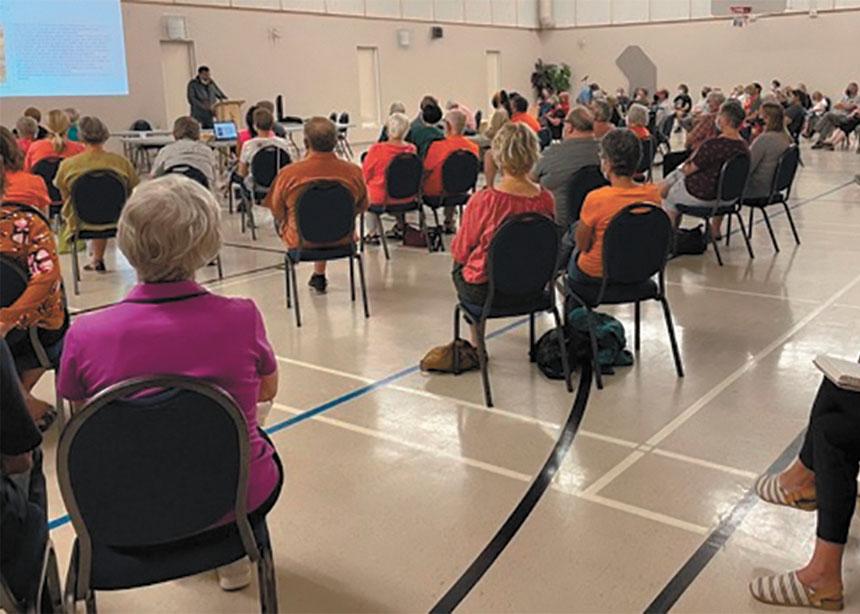 This fall, a collective of people in southern Manitoba working at Indigenous-settler reconciliation, called the Truth and Action Working Group, is hosting a series of talks with David Scott, an elder and policy advisor from Swan Lake First Nation.

The group is made up primarily of people from a handful of churches in the Morden-Winkler area of Manitoba, the majority of them Mennonite, but it welcomes all people. Started out of a desire to get to know their Indigenous neighbours, the group has been running for around three years and has hosted speakers and screened documentaries.

Scott has dedicated his working life to Indigenous history and treaty research. He was chosen to relate with the community when the chief and council of Swan Lake decided to work on developing understanding with their neighbours more than 10 years ago.

Scott has been visiting schools and churches in southern Manitoba ever since, teaching the history of the area and the current realities Indigenous people face today. This summer, he led a program for Indigenous and non-Indigenous youth to work together in nature, identifying trees, testing water samples and learning about climate change.

He says that currently Indigenous relations are most often discussed in the political sphere, “but that is somebody else’s job. Mine is to try and figure out how we co-exist in this time of reconciliation.”

“Many of us grew up in a community and education system that didn’t inform us very well, some cases [not] at all, about the fuller story of colonialism and the effects on Indigenous people,” says Kevin Drudge, pastor of Covenant Mennonite Church in Winkler and a member of the working group. “Mennonites, I think, have been very good about telling the story of Mennonite settlement and celebrating what that meant for the Mennonite people to come to a new land, and all the benefits of that which, we’re grateful for, but we need to tell the whole story.”

Despite these efforts, Scott is concerned the reconciliation process is stalling out. He says the recent discoveries of thousands of children’s graves on residential school grounds and the acquittal of the white farmer who killed Colten Boushie, a Cree man, caused setbacks as Indigenous communities dealt with grief, anger and fear. Doing Zoom engagements during the pandemic also made it difficult to maintain personal connections. And working groups can often lose momentum, needing validation from him to move forward, rather than taking these initiatives on their own, he told the Winkler Morden Voice.

Yet Scott says non-Indigenous people need to keep pushing forward. This learning series is only one small action.

Drudge suggests putting out an appeal to people in one’s area to form a group, researching who one’s neighbours are, and considering “how might we take cues from our Indigenous neighbours as to what next steps might look like.”

The first session took place on Sept. 28 and looked back at Canada’s “Indian Policy.” On Oct. 26, he will cover treaties and the Indian Act. On Nov. 30, he will discuss the situation of Indigenous people today. All sessions will be held at Morden Mennonite Church at 7 p.m.

This article appears in the Oct. 25, 2021 print issue, with the headline “‘We need to tell the whole story.’” Do you have a story idea about Mennonites in Manitoba? Send it to Nicolien Klassen-Wiebe at mb@canadianmennonite.org. 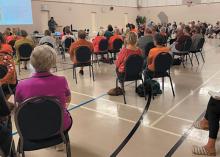