The importance of a ‘generous space’ in Manitoba 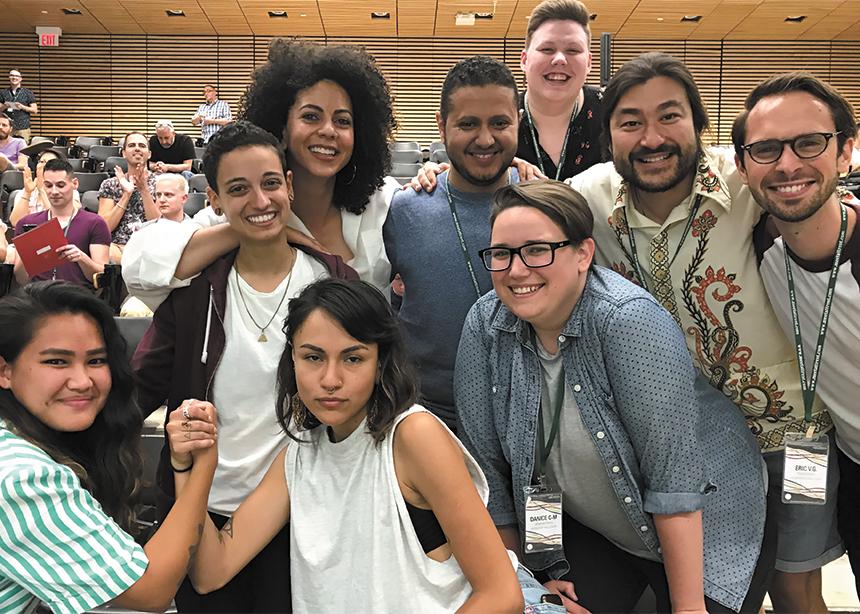 Thousands of LGBTQ+ Christians have found community at Generous Space Ministries. Manitoba Mennonites are no exception. In fact, Pastor Jamie Arpin-Ricci is Generous Space’s director of community for central Canada.

Arpin-Ricci, 43, is a pastoral leader at Little Flowers Community, a Winnipeg faith community of Mennonite Church Manitoba. He started working for Generous Space two years ago. “As someone who identifies as bisexual myself, I have experienced a significant amount of religious-based harm,” he says, adding that it is a privilege to be part of “an organization that’s seeking to undo that harm and help Christian churches better understand how to relate with LGBTQ+ folks and celebrate them as part of the Body of Christ.”

The ecumenical organization produces resources, hosts retreats and operates dozens of online communities for LGBTQ+ people. The majority are Christians, but some identify as atheists, agnostics or otherwise, many having had painful experiences in the church. Generous Space groups for LGBTQ+ people and their close allies currently meet in 21 locations from coast to coast.

Arpin-Ricci publicly came out as bisexual in 2016 after witnessing Christians’ harmful responses to the mass shooting at a gay nightclub in Florida, some citing it as “God’s judgment.” He and his wife Kim realized how important it was to be public about their fully supportive position on LGBTQ+ people in the church. “We just felt there needed to be another Christian witness,” he says.

“Overnight, it became a ministry,” he says, as his inbox flooded with hundreds of emails from queer Christians in the closet. But he was also ostracized from Youth With A Mission, where he had served for 25 years, and eventually he and Kim had to leave the organization.

Experiences like this, and many others that queer Christians encounter daily, emphasize the importance of organizations like Generous Space. “For many people, their connections within Generous Space are their only family, so it’s literally life-saving,” he says.

For Tim Wenger, the confidential social media groups were a safe resource he could easily connect with when he was first realizing his queer identity and was still deep in the closet.

The 29-year-old came out as bisexual publicly in August 2020 but had started attending Manitoba’s Generous Space group the previous October. “Knowing that I’m not alone, and there are other people that experience these same things, and being able to talk about that in a safe space, was so important to me,” he says.

The group gathers once a month in Winnipeg homes to pray and share with each other. Guided by a group facilitator, participants discuss different topics and books, or study the Bible. The rest of the evening is spent hanging out and eating food together. During COVID-19, the group has been connecting over Zoom.

Arpin-Ricci says meeting attendance ranges from six to 20 people, although many Manitobans can’t drive to Winnipeg for meetings, so the number of people connecting with the online community is higher. “Every year we’re seeing the number of people that we’re reaching across the country increase,” he says.

Even so, many Mennonite Manitobans likely still do not know about Generous Space. Mennonite Church Manitoba’s official stance remains that marriage is “a covenant between one man and one woman for life,” as stated in the “Confession of Faith in a Mennonite Perspective,” with an understanding that individual congregations may disagree and take a different position.

A Mennonite woman from Manitoba, who asked to remain anonymous, says she has found support among smaller circles and individual members within the church, but hasn’t felt like she can be completely open. She says, “As a closeted queer person not feeling the freedom within the Mennonite church, but as a long-time member, and wanting to remain within, I sought for faith-led, supportive, discerning community.”

She found Generous Space and has been connected for two-and-a-half years. The leadership, which includes pastors and theologians, whom she considers to be “people of integrity,” have helped in her spiritual growth. “For me, they have been a space that was not provided by my faith community.”

Bethel Mennonite Church in Winnipeg, where Wenger attends, runs a group specifically for LGBTQ+ people and allies from within and outside of the church. But few other congregations in Manitoba, if any, currently run similar groups.

Wenger says people should know Generous Space exists, especially if congregations are small, or not affirming, and don’t have as many resources. “Being able to say, ‘Here is a place where you will feel welcome,’ can be pastoral care even if you’re not able to give pastoral care within your specific context.”

“We have seen the cost of when we don’t celebrate people for who God created them to be [and] we’ve also seen the beauty of when that is celebrated,” says Arpin-Ricci. “It’s a powerful community to be a part of.” 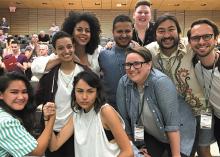