‘I wanted to know more about it’

Pursuit of family information results in history book about undertakers 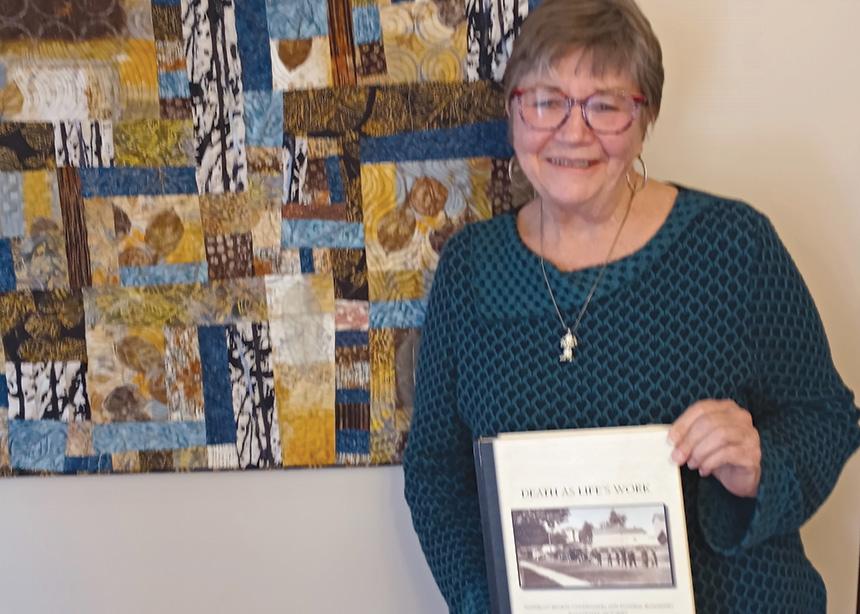 When Marion Roes began researching her family history, she came across some surprises connected to her family’s business. Intrigued, she tried to find out more about local undertakers, but there was almost no material available. So she began collecting information and doing interviews. Her book, Death as Life’s Work: Waterloo Region Undertakers and Funeral Businesses Illustrated Histories 1850 to 2020, was published last November.

Roes’s great-grandfather, Christian Dreisinger, began Dreisinger Funeral Home in Elmira, Ont., in 1904 and it remained in the family for more than a century. The photo that caused her to dig more deeply showed a funeral home sign that read, “Letter’s and Dreisinger’s Undertaking.”

“I didn’t know that Christian Dreisinger was in business in Waterloo,” says Roes. “I wanted to know more about it.”

She discovered that her great-grandfather was in partnership with more than one funeral home in the Kitchener-Waterloo area.

“When motor hearses came in, they were expensive, and a business starting out would not have been able to provide them,” says Roes, speculating that Dreisinger’s involvement was primarily a financial partnership and that he was helping other undertakers get established.

When Roes was growing up, Dreisinger Funeral Home was run by her uncle and her mother. Not only was her mother a licensed funeral director, Roes’s sister joined the business and has been a funeral director in Elmira for more than 50 years. These connections were helpful when contacting people for interviews.

In 2014, Roes received a research grant from a local museum with the expectation that she would give a presentation at the end of a year. It was at that point that she began researching and doing interviews in earnest, with the goal of publishing a book. Her first interview was with her sister, but most of the 30 people she interviewed were men.

Those who stay in the funeral business do not see their work as a job, rather it is a calling, she discovered. Many of the funeral directors commented that, when they were young, there was a death in the family that affected them. They see themselves as called to play an important role in the community as they help people through their worst times.

Because Waterloo Region includes a variety of traditionalist Mennonite and Amish groups, Roes also did research into their funeral and burial traditions.

“That was going to be a chapter in the book, but I realized it was too big a topic,” she says. At that point, she took a year off from her primary research and put together a separate, smaller book, Mennonite Funeral and Burial Traditions, in 2019. She commented, “It was easy to get interviews for Mennonite funeral and burial traditions because many of the people knew my sister at the funeral home.”

For this book, Roes generally did not ask about funeral practices, concentrating on business histories. Many early undertakers did this work as a sideline. Some were cabinetmakers who manufactured coffins and then began offering other services.

Some undertakers served groups of a particular religion or nationality. Roes was intrigued to find that an undertaker in St. Clements, a small town in the heart of a Catholic community, not only made coffins, but specialized in church furniture. His intricately carved altars and other items were sold to Catholic churches locally and across Canada.

Often the early funeral businesses were family affairs, with the wife working in the background, doing bookkeeping and helping with visitation. One wife kept track of all the funerals done by other funeral homes. Sometimes these women were licensed and helped with embalming, but usually a man was the public face of the company.

Although this coffee-table-sized book, with more than 500 photos, is interesting reading for those familiar with the area, it is designed to be used by researchers.

Copies are available by emailing Marion Roes at mlroes@sympatico.ca. 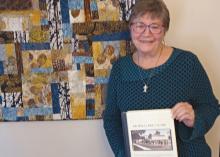 This hearse, acquired by Chris Dreisinger about 1915, was the first motorized funeral vehicle in the area. (Photo courtesy of Marion Roes)