A hundred years of helping others

Trust company marks anniversary by giving back to community 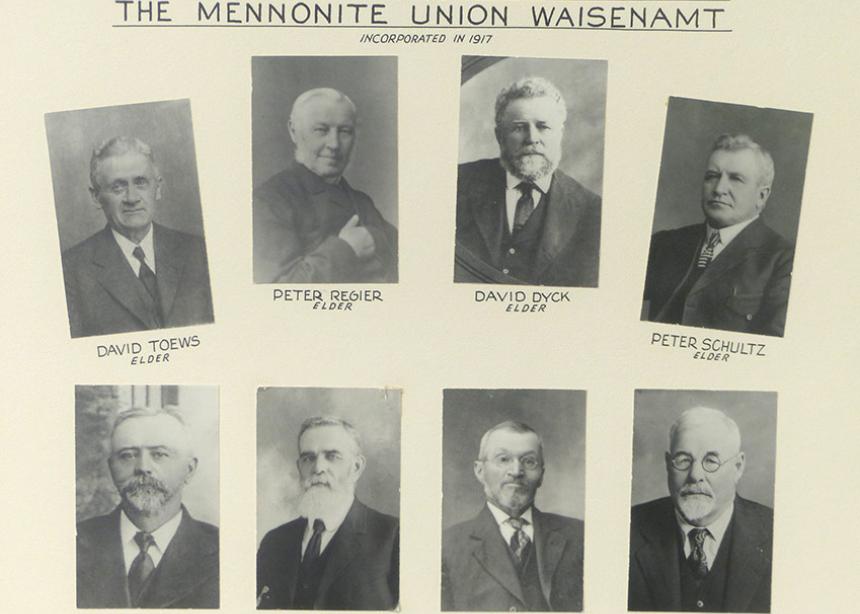 For many Saskatchewan Mennonites, the name Mennonite Trust is synonymous with wills and estate planning, but executive director Cory Regier is quick to point out that the company has not forgotten why it was founded a century ago.

In 1917, representatives from three conferences—the Fellowship of Evangelical Bible Churches, the Saskatchewan Conference of Mennonite Brethren Churches and Mennonite Church Saskatchewan—joined forces to establish the Mennonite Union Waisenamt. Their primary concern was to care for the widows and orphans in their congregations, and the waisenamt, or orphan’s office, was a model they were familiar with from Russia. They established their office in Waldheim, about 56 kilometres north of Saskatoon.

Over the years, as Mennonites became more affluent, the Waisenamt’s focus gradually shifted away from providing food and shelter for the disadvantaged to drafting wills, managing estates, helping with taxes, and providing loans to individuals and churches. However, the company still has a large number of low-value estates, which other trust companies would not likely consider. “That’s the reason we’re here,” says Regier, “to help anybody, any estate, no matter the value.”

The company’s name changed to Mennonite Trust Ltd. in 1968. It opened branch offices in Swift Current in 1995 and Saskatoon in 1997.

Today, the three founding groups each have two representatives on the Mennonite Trust’s board of directors. Mennonite Church Saskatchewan’s representatives are Char Bueckert of Zoar Mennonite in Langham, and Ian Epp of Eigenheim Mennonite, near Rosthern.

In a video produced for the company’s centennial, former general manager Tim Redekopp describes the concept behind the organization: “There are some people who don’t get a fair shake in the world, and we’re here to make sure that they get a fair shake when they come and deal with us.” He adds, “We were given the freedom to show God’s love and were encouraged to do so. To me, that was totally foreign in the business world.”

To mark its centennial, Mennonite Trust established the Widows and Orphans Foundation. Administered by Abundance Canada, the Foundation is a way for staff, board members and clients to give back to the community. “There’s no formula for giving,” says Regier. “We’re just trying to balance our growing capital with doing as much good as we can.”

Regier welcomes Mennonite Trust’s slow growth, but says it is “growth for the purpose of helping as many people as we can.” He adds, “If all we were after was the bottom line, it wouldn’t be hard to do it more profitably. We are here to do [what we do] from a faith-based perspective.” 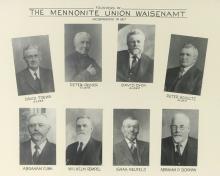