How long until the fullness of time? 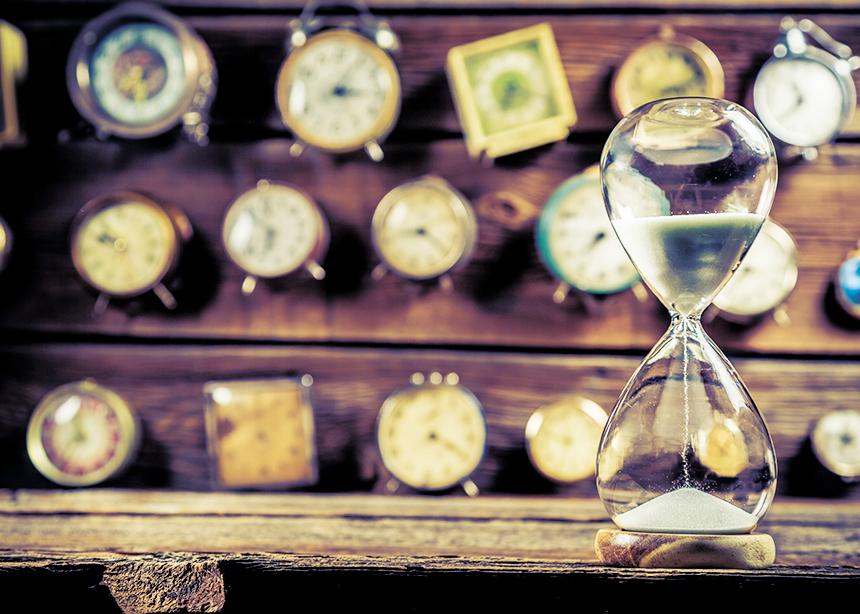 There is an old story that when Michelangelo was painting the ceiling of the Sistine Chapel, Pope Julius would come by to yell up at him in the scaffolding, “When will my ceiling be ready?” Michelangelo would grit his teeth and mutter, “When it is finished.”

In Mark 5, Jesus enters a town and a great crowd gathers around him. Jairus, a leader of the local synagogue, pushes his way through the crowd looking for Jesus, and throws himself into the dirt. He is a desperate man, for the sake of his dying daughter; he is there as a father. And he is an important man also, whose name was remembered when the gospel was recorded, who makes this request with authority.

But there is another in the crowd, a woman sick for 12 years, impoverished and ashamed, and she also needs to be healed. She does not have a voice here. She cannot legitimately be out in public. She certainly can’t throw herself at the feet of Jesus and tell him what is wrong with her.

Whose situation is more desperate? The silenced woman who has suffered the last 12 years, who has spent everything she has? Or the child lying sick at home, and her father throwing himself into the dirt to loudly claim the presence of Jesus?

Of course, if it were any of us, the child would get priority. She is close to death, she is far away and she is a child. The woman has lived for 12 years with this condition. For whatever reason, right or wrong, her need does not take priority. And yet. Jairus is an important man in the synagogue. He is probably used to having everything go his way, and now the great healer and teacher set off for his house.

Then Jesus stops and looks around as if he has caught a glimpse of an old friend in the crowd, and brings her over and chats with her. Who is this, Jairus wonders, and what does it have to do with my daughter? Why is Jesus stopping? Where is his urgency? Why is this important? And then the heart-stopping sight—a grim-faced member of kin who would only have left the sick bed with the worst of news.

In this story we can sense that ancient prophetic question, “How long?” When will I be healed? When will fairness and righteousness be established? This is the cry of those who can imagine a good resolution but cannot see how it will happen. And it is a theme throughout the prophetic literature.

The dialogue between the prophet Habakkuk and God as they see a corrupt society echoes today:

“O Lord, how long shall I cry for help, and you will not hear? Or cry to you, ‘Violence!’ and you will not save? Why do you make me see iniquity, and why do you idly look at wrong? Destruction and violence are before me; strife and contention arise. So the law is paralyzed, and justice never goes forth. For the wicked surround the righteous; so justice goes forth perverted.”

We see this theme throughout the Bible. The biblical writers use the days of creation, the years of kings, time in exile, periods in the wilderness and symbolic numbers, to give the message that God’s plans take time.

Our ancestors in the faith probably had the same feelings we have. Confronted by the large injustices of the world, confronted by the intimate unfairness of sickness and disorder, and believing that God is good, we ask, “How long? What’s taking so long?”

Part of our faith is giving voice to those very real feelings, this longing for God’s justice and reign to be made complete on earth as it is in heaven. But asking the question does not mean that you will like the answer. When Habakkuk asks, he records the response of the Lord:

“Look among the nations, and see; wonder and be astounded. For I am doing a work in your days that you would not believe if told.”

It sounds pretty good, until God elaborates on the specifics. God’s plan is to stop the wickedness in Israel by sending the Babylonians to destroy the nation. It’s not a very reassuring answer. It’s as if you complain that you have been imprisoned, and your rescuer reassures you that the prison will soon be on fire.

It seems that throughout Scripture, God’s response to these cries of “How long?” is, “Hold on. I am working on it. Things are happening that you do not perceive.”

And here our ideas of justice collide with God’s vision. For us, justice must be established right away for it to be meaningful: “What do we want? Justice. When do we want it? Now!”

Justice delayed is justice denied! The first thing that oppressed people ever hear is, “Be patient. Don’t ask for too much.” How long, O Lord? How long do I need to bleed, hidden, alone, afraid? Who can tell me that my pain is not as important as the child of privilege who has lived in comfort all her life? How many years do I have left? How many will be enough?

Injustice anywhere is a threat to justice everywhere!

When will the children be returned to their parents? When will the walls fall and the borders be torn down? When will all people be welcomed and celebrated, people of all nations and genders and gifts and capacities? When will human rights be respected and the flourishing of creation be uplifted? How long, O Lord? How bad do things have to get? And the answer in Scripture is: Be patient. Hold on. I am coming soon.

This is not very satisfying. It is an affront to human dignity. It is deeply upsetting. But the answer “Be patient” is not a dismissal of the question or of the person asking the question.

In The Sacrament of the Present Moment, Jean Pierre de Caussade writes, “The present moment is the ambassador of God to declare [God’s] mandates.” Time itself is the place where God’s plan is being revealed.

It is not that God is waiting backstage for things to get worse, in order to make a grand entrance and fix everything. Praying “in the fullness of time reconcile all things in Christ and make them new” means that this very moment is the moment when another stage of God’s plan is being completed. God is bringing creation closer to its full reconciliation with God.

But what about justice right here, right now? Here, we need to follow the example of Jesus. He is confronted by the needs of two daughters, one far away and dying, the other hidden nearby and suffering. And he breaks the rules and heals them both. The miracle is that everyone was healed that day. No one was told to wait or be patient or hold off bothering Jesus. Sometimes we have to break the rules as well, as best as we can, for the good of as many as we can.

Some of us are like that woman who could only take the greatest risk and reach out for her own healing. Some of us are like Jairus, who can only elbow through the crowd with his privilege and power to advocate for a helpless little one. And some of us are lying at home, unmoving, waiting to be called into life and brought to the table for a meal.

The cry of “How long?”—whether anguished, exhausted or hopeless—is a legitimate prayer to the One who is at work. So keep offering that prayer with all the anger you can offer. Keep on working for justice right now. Keep being dissatisfied with the compromises that the world tries to offer. God expects better and, in the fullness of time, we can glimpse God’s completeness waiting to break out.

Jacob Riis wrote, “When nothing seems to help, I go look at a stonecutter hammering away at a rock perhaps a hundred times without as much as a crack showing in it. Yet at the hundredth-and-first blow it will split in two, and I know it was not that blow that did it but all that had gone before.”

Peter Haresnape is the national coordinator of the Student Christian Movement of Canada, a Christian Peacemaker Teams reservist and a member of Toronto United Mennonite Church’s preaching team. Adapted from a sermon he preached there on July 1, 2018.

1. What are some dissatisfying or upsetting situations in your life, in your congregation or in your community where you wish God would intervene to bring justice or healing? What emotions do you experience when you think about these situations? How do you pray about them?

2. In the story from Mark 5, how might Jairus have felt when Jesus took the time to heal a woman instead of hurrying to where Jairus’s daughter lay dying? How do you respond when God’s answer seems to be, “Be patient. Hold on. I am coming soon.”?

3. Peter Haresnape suggests that our fierce longing for justice is a spiritual gift, and we are meant to be asking God “How long?” Do you agree? What can we learn from the need to be patient? Can suffering be redemptive?

4. What do you think Haresnape means when he says, “Time itself is the place where God’s plan is being revealed.” Does time mean something different to God than it does to us? How would you explain the phrase, “In the fullness of time”?

5. How might Haresnape’s references to Michelangelo or the work of a stonecutter help us to be more patient? 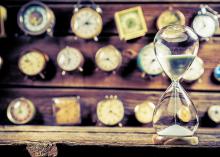