How the church can move creation care forward 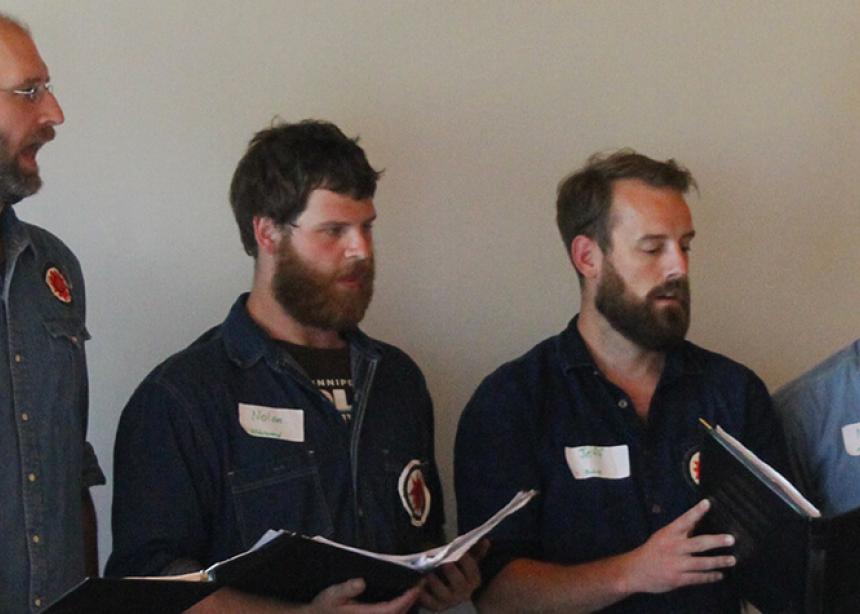 Following on the heels of the delegate sessions for Mennonite Church Canada, about 40 interested leaders got together at Wanuskawin Heritage Park in Saskatoon to think about how to move forward the agenda of creation care, particularly the issue of climate change, in Mennonite congregations across Canada

One participant voiced the concern that this would just be another time to gather stories of what Mennonites are doing without moving forward the work on creation care and climate change, but presenters Mark Bigland-Pritchard, Joanne Moyer, David Henry, Christine Penner Polle, and Lyle and Howie Desnomie each in their own way contributed to advancing the cause.

The Desnomie brothers from Treaty 6 Cree land in Saskatchewan spoke to the need for “new/old” ways of living with the creation. Pointing to the posts of a tepee outside the window, they identified the very top as the space for a husband and wife, supported by their families. But the poles are grounded in the whole of the creation: community, animals, plants and the very soil.

Penner Polle, author of Unfreeze Yourself: Five Ways to Take Action on Climate Change, led the group in a meditation of “Laudato Si,” Pope Francis’s encyclical on climate change and justice. Decrying a technocratic mindset that looks only to science for solutions, and a religious-like faith in the free market, Francis calls for an “ecological conversion”  in which people hear the cry of the poor, who suffer most from the changing climate.

Moyer, a member of the Mennonite Creation Care Network, focussed on faith groups already active, and on ways to join or draw on the information already available. A key idea is “watershed discipleship,” in which Christians think about the watershed in which they live as theirs and for which they are responsible.

Bigland-Pritchard noted that most people do care, but lack the time and energy to act. Political action is necessary, he said, and without compromise. “God raises up the poor and brings down the mighty,” he said, quoting Mary’s Magnificat from Luke 1:46-55. Like Ezekiel’s acted-out prophecy, he called on the group to creative civil disobedience.

The day ended with humorous songs by the Riel Gentlemen’s Choir, led by Jesse Krause, son of Henry Krause, a key planner of the consultation. “Carbon Dioxide,” an ode to the top predator in the city—the car, and others brought the themes of the day to an emotional conclusion. 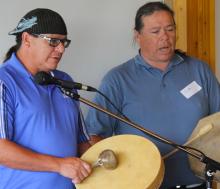