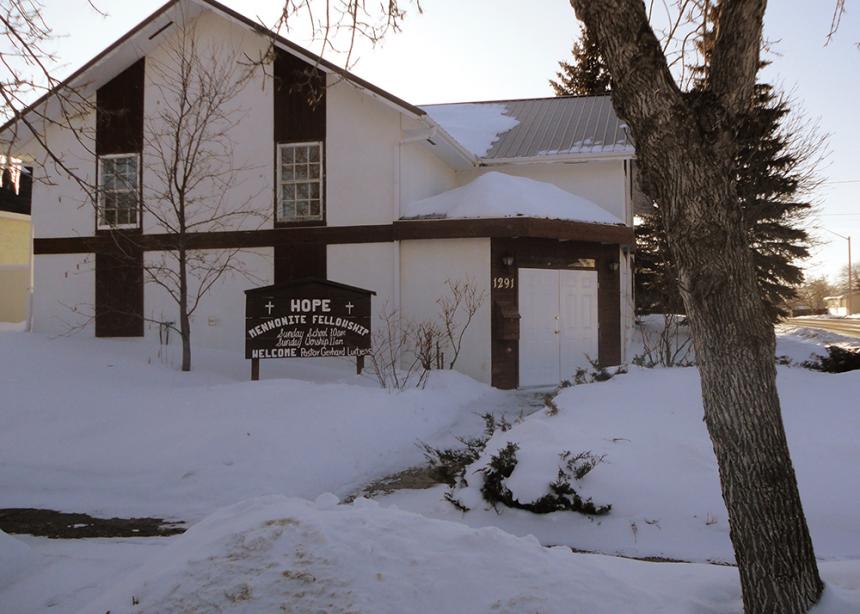 Several years ago, members became concerned by what they saw as a lack of accountability within the area church. A Safe Church Policy that included statements about sexual orientation was posted on the MC Saskatchewan website before it was ratified at the annual delegate sessions in 2014. At that time, Hope Mennonite proposed an amendment to the policy, which would have removed the section on preventing discrimination and referred it back to council to be reworded and included in a hiring policy; the amendment was narrowly defeated.

A year later, Hope Mennonite, along with members of other congregations, presented a motion calling for an area church-wide vote on whether or not pastors credentialled by MC Saskatchewan should be allowed to perform same-sex marriages. The decision of the delegate body to suppress the motion “really had an impact on some of our members,” said Pastor Gerhard Luitjens, who has served the congregation for eight years. According to him, members of Hope were angered by the decision to suppress the motion and not allow any discussion, and that personal comments made by members of Nutana Park Mennonite Church in Saskatoon toward members of his congregation had been deeply hurtful.

In the end, the same-sex marriage issue was deemed to be indicative of a more serious underlying theological rift. “There is a very, very big split in all Christian circles between the belief in what God says and the idea that I can decide what God has to say,” said Luitjens. “What God says comes from above and is truth. It doesn’t change. . . . Menno Simons said that if you lose the concept of the Word of God, you’ve lost everything. That’s where I am, that’s where the people in our church are.”

Luitjens said this was not an easy decision for his congregation. For six to eight months prior to the vote, they met monthly for prayer in an effort to discern God’s will for the church. The resulting secret ballot vote was unanimously in favour of withdrawing. Luitjens added that attending non-members were also given opportunity to voice their views and each of them also expressed a desire to withdraw from the area church.

Hope Mennonite began informally in the early 1950s when a group of young Mennonite women who were training as psychiatric nurses at the Saskatchewan Hospital began meeting together. According to the Global Anabaptist Mennonite Encyclopedia Online, North Battleford Mennonite Church, as it was known then, was officially founded in 1959, and the congregation changed its name to Hope Mennonite Fellowship in 1986. Currently, the church has about 20 members, with an average Sunday morning attendance of between 30 and 40.

Two years ago, the church also hired Abel and Sonya Zabaleta to minister to Colombian refugee and Honduran immigrant families who had started attending. Over the years, the congregation, together with the Hoffnungsfelder Mennonite Churches of Glenbush and Rabbit Lake, Sask., has operated a thrift store that supports a number of local ministries.

Hope Mennonite is currently exploring the possibility of joining the Northwest Mennonite Conference of Alberta.

“Some of our members are not really fussy about not belonging anywhere,” Luitjens said, adding that his congregation would continue to support organizations like Mennonite Central Committee, Rosthern Junior College and the Youth Farm Bible Camp.

“We don’t hold any animosities or hatreds,” said Luitjens. “Many of us have family members that are still involved with MC Saskatchewan. We’re not trying to pull anybody else with us. Basically it was a decision that we made in our church.”

To read more about the decisions that led to Hope Mennonite Fellowship’s departure from MC Saskatchewan, visit:
MC Saskatchewan adopts safe church policy
‘Covenanted around Jesus Christ, not our confession of faith’ 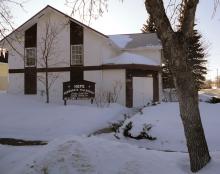