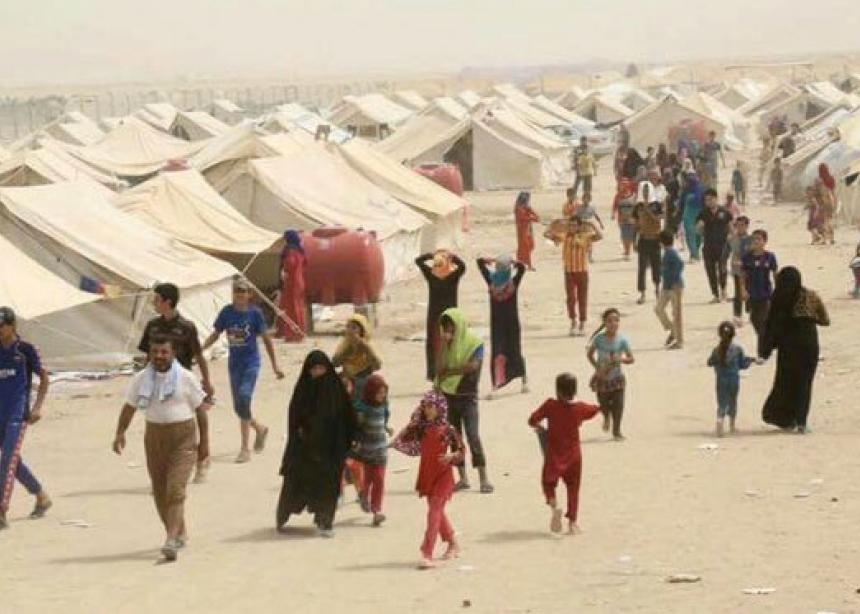 On Sept. 2, 2015, the heartbreaking picture of Alan Kurdi’s body on the shores of the Mediterranean Sea was a wake-up call to the world.

The three-year-old’s death was a tragic reminder of the desperate choices made daily by some Syrians as they flee conflict in their country. Like the Kurdi family, they risk piling into unsafe boats piloted by smugglers, in an attempt to find a safe haven.

Alan, his brother and mother, didn’t make it to safety.

A year later, Mennonite Central Committee (MCC) Canada remembers the Kurdi family in our thoughts and prayers. We pray for all of the people who are forced from their homes and families by conflict or disaster. We grieve with these families as they mourn missing and lost loved ones.

Alan Kurdi’s death evoked shock and sadness around the world. In Canada, it prompted an outpouring of support for displaced Syrians. Churches, groups of friends, entire communities all came together to sponsor Syrian refugees.

At MCC Canada, which has been involved in refugee resettlement for more than 35 years, the impact has been profound. In the nine months between September of last year and the end of June, MCC assisted in the arrival of almost 1,100 refugees, about 850 of whom were Syrians. That’s about 10 times higher than the annual average since 2010.

To read an interview with Brian Dyck, the migration and resettlement coordinator at MCC Canada, about the impact of Alan Kurdi on Canadian generosity, visit canadianmennonite.org/brian-dyck-interview.