A home for human trafficking survivors 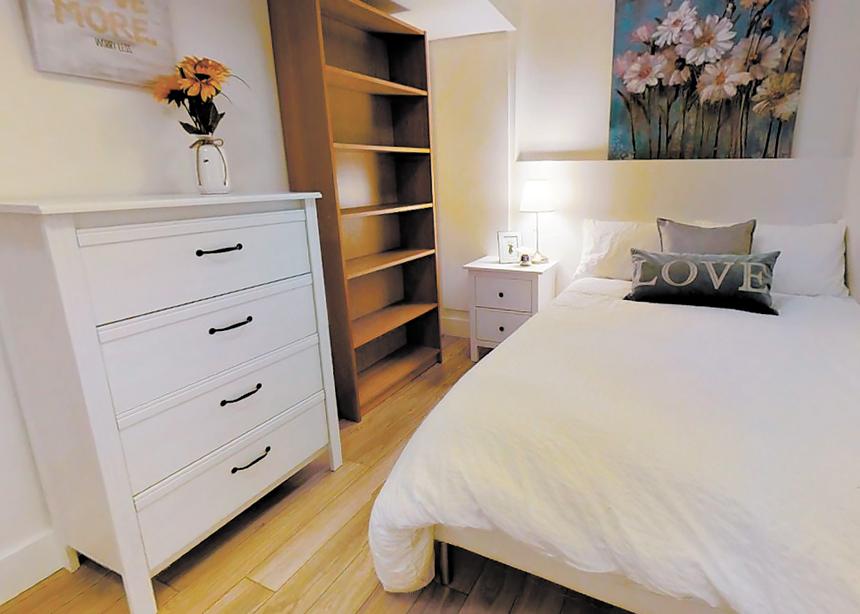 Since opening in 2016, Aurora House has provided housing for 14 people and several babies. (aurorahouse.ca photo)

“When God has a plan,” says Christine Langschmidt, “it just happens, despite us.”

Langschmidt is director and chair of Aurora House, which provides community-based housing for human-trafficking survivors.

The project began with a house owned by Toronto United Mennonite Church. The church wanted to find a way to use the property for good, and Langschmidt, who attends the church, felt it would be a perfect opportunity to help human-trafficking survivors. The church and the Toronto Mennonite New Life Centre, which share a building, decided to partner together to make Aurora House a reality.

Since opening its doors in 2016, Aurora House has housed about 14 adults, as well as several babies.

“When it first started, we were getting a lot of referrals for expectant mothers and women with children,” she says. Having been forewarned about the difficulties of working with children, they had originally planned only to serve women, not families. “We did that for the first year but realized there was a real need we needed to meet.” Since opening the house up for families, three babies have been born at Aurora House.

“It’s been really wonderful to see the impact we’ve been able to make,” she says.

The house is divided into two units, each with three bedrooms. This offers some flexibility, as a unit could hold three single people, a mother with children, or a mixture of families while maintaining some privacy.

Aurora House serves women who are coming out of vulnerable situations: forced labour, forced crime, and sex trafficking. Some victims of sex trafficking have lost children, or been forced to give them up, or have injuries that can prevent them from conceiving, Langschmidt notes. To avoid retriggering trauma, Aurora House is careful not to house women dealing with these traumas with families.

An independent intake panel assesses potential residents to determine whether Aurora House is positioned to help them and to make sure they won’t endanger others. The house is a transitional home, not an emergency-stage home, she says. “Sometimes we can’t take someone who really needs a safe place to live because, even though we have security cameras and a security system, we don’t have the funds for an onsite security person.”

“Most people who are committed to really applying themselves toward their goals can find housing” in that time, says Langschmidt. Some people move out earlier, some stay the full year. There is also opportunity for women to ask for an extension if they cannot find other housing.

Several women who have lived at Aurora House arrived in Canada as refugees. As each women moves through her journey with a case manager, elements of her story will likely emerge, but Aurora House does not require her to share details of her trafficking. This can make it difficult to receive funding, she says, but is important for the women, who can be triggered by being forced to relive their trauma.

Ongoing funding is a struggle, she says, adding that the project currently has funding secured only for the next nine months. “We’re always sort of looking down the barrel,” she says. Generosity from churches and individual families has been huge, she adds. Fortunately, this year a large walk for freedom organized in Toronto has committed to donating its proceeds to Aurora House. Still, Langschmidt says, Aurora House is still “really hoping for ongoing year-to-year funding.” Donors who can commit a certain amount per month or year can help keep it from “scrambling.”

The community is also able to get involved through donating Christmas presents and participating in drives for baby clothes and necessities. “One of the women shared that she had never received a gift before,” Langschmidt says. “She was overwhelmed. It’s been fun to have those moments where you’re really making someone know that they’re loved.”

The whole model is based on an “anti-oppression framework,” she says. “There’s no evangelism. We meet people where they’re at.” The aim is to help the women reach their goals, whatever those goals may be.

The work done at Aurora House is difficult, she says, and the staff are prepared when stories don’t have a happy ending.

“But to know that we, for a short period of time, and for some cases life-changing and significant, we let people know that we love and care for them, not because we want anything from them,” Langschmidt says. “That’s been the most powerful thing. Everyone should feel love, just for being them[selves].”

To learn more or take a virtual tour of the house, visit aurorahouse.ca. 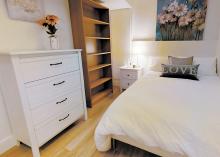 Since opening in 2016, Aurora House has provided housing for 14 people and several babies. (aurorahouse.ca photo)