Holding hands with the FARC 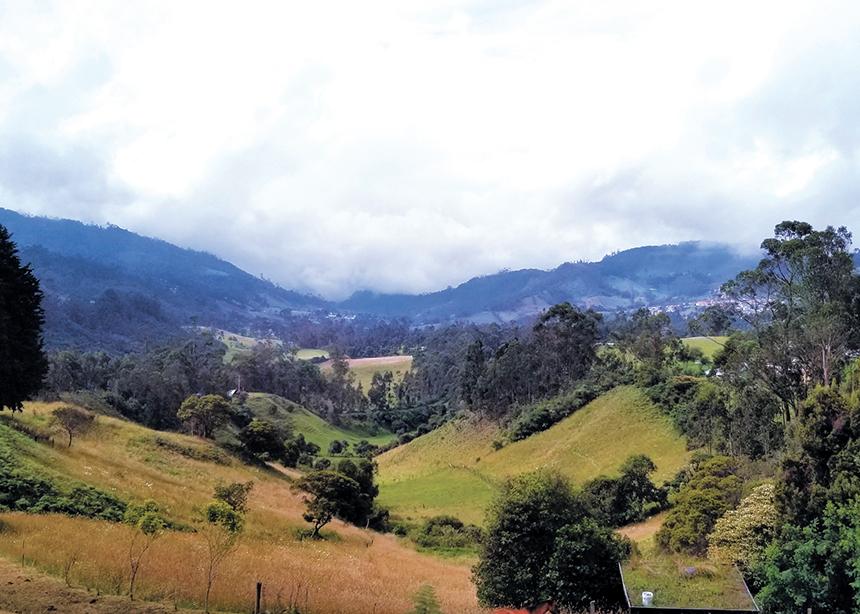 For me, this moment last fall was especially significant. We were standing in a room on the third floor of the Mennonite Centre in Bogotá, the very same room where, 29 years ago, I was asked to teach “Bible foundations of nonviolence,” the inaugural course of the Mennonite Biblical Seminary in Colombia.

Our group was on a “learning tour” organized by TourMagination of Waterloo, Ont., and led by me and my wife Irene. A tour member asked these two FARC representatives, “We are nobodies. Why would you come and meet with us for two hours?”

Good question. As it turned out, in the eyes of FARC leadership, we were more than “nobodies.” We were a group of 11 international visitors from Canada, Japan and the United States who were willing to listen to their story.

For more than 50 years, they said, this was impossible. Indeed, less than two years ago, it would have been criminal to be together. But following the signing of the peace accords in 2016, the laying down of weapons, the re-insertion of insurgents into civil society and the guarantee of participation in the democratic process, it was possible to meet us in a public space. They wanted to be heard, and we wanted to learn.

Jorge Ernesto (no surname) told us a bit of his story. His father was a campesino (peasant farmer) and head of his family, whose land had been taken by military action. This was considered “normal.” He, along with 60 other destitute campesino families, decided to do what had not been done till then: resist. This was back in 1964. They organized into an association of resistance that would eventually grow into an insurgency force of 15,000 well-armed participants. His father became a leader, and for more than four decades he led and participated in the brutality of the revolutionary war in Colombia. He was killed in a bombing raid in 2010.

Jorge was born in the mountains. Both parents were active FARC insurgents. Due to concern for safety, he was raised in Bogotá by surrogate parents. At the age of 16, he, too, joined the revolution on the front lines.

“I participated in the insurgency forces for six years,” he said.

It was clear that he was now struggling to honour the memory of his father—because he was his son. But, at the same time, he was trying to create some distance between his own convictions of democratic participation and the infamous legacy of brutal violence that his father came to be identified with. “My father made war; I signed up for peace,” he said.

The implementation of the peace accords is not going well.

Andres Camilo (no surname), the other FARC leader in the circle, stated that the Colombian government has implemented only 18 percent of what it had promised. When we asked about the FARC’s record of implementation, he replied, “We have implemented everything we said we would. We have to. We are here. We gave up our weapons. These accords are all we have. They are our lifeline, the only guarantee for the future we want. We would be foolish not to implement what we promised.”

Another tour group member asked if they were hopeful.

Andres said they are assuming that the implementation process will take at least 10 years. There will be many complexities, obstacles and attempts to subvert the process. For instance, when the first peace accord, signed in good faith by both sides, was taken to a plebiscite of the people, the majority voted “no.” “It seems as if Colombians prefer war rather than peace,” Andres said.

Another group member asked how the government could be held to account in this process. Andres replied simply and quietly: “It will need to be the civil and faith communities that exert enough pressure to keep the government to its word.” In other words, ultimately peace depends on common people, not on political parties, armed struggle or carefully designed structures.

I was struck by the common agenda that made this prayer circle possible. Both Mennonites and the FARC speak of a commitment to justice for all and a more egalitarian society. Both speak of the critical role of faith communities as the backbone of any promise for implementation. Both understand hope—as a commitment to what is not yet seen—to be a key ingredient for the eventual success of the peace process. Both have demonstrated fierce persistence, patience and commitment in spite of risk, suffering and death. Both cannot help but maintain a long-term view, what in some Christian circles we would call an eschatological foundation.

It was also evident that these commonalities must not obscure some profound differences. The most profound difference, surely, is the strategy needed to move from where we are to where we hope to be. The FARC have been dedicated to decades of armed resistance, killing, massacres, kidnapping and obstruction of truth. Mennonites, in turn, have become ever more convinced of the futility of violence, and that peace as a destination can only be achieved by peace as a journey.

Carlos Sánchez, the Colombian Mennonite who pulled together this encounter, began the meeting with an open Bible. “Our approach to conversation with armed groups,” he said, “is solidly based on the Bible as the Word of God to us. It is there that we learn of our commitment to allow Jesus to be the Lord of our lives as he is the Lord of history.”

Ricardo Pinzón, the other Mennonite in the group, led us all in the closing circle of prayer. “All our encounters with armed groups, be they guerrilla, paramilitary or military, always end with prayer,” he said. He reminded us of the “historic moment” that we were experiencing together. “Seventy years ago,” he said, “Mennonites from the north came to share with us their understandings of the gospel. What we are doing today, which would have been impossible a year ago, is fruit of the initiatives taken 70 years ago. And we are grateful.”

He then led us in an unforgettable prayer of commitment to the Prince of Peace.

The prayer was followed by hugs and tears, not customary in our usual experience. Tears flowed from our group and tears were evident in the eyes of Jorge and Andres. It was a moving moment.

Later, in a debriefing session, I asked our group members how they felt about embracing these folks in spite of their violent traditions and involvements. One group member responded, “That’s what the early Christians did with the Apostle Paul. Why would we not do the same?” Another said, “An embrace does not mean alignment in all things. But it does signal common humanity.”

A “learning tour” indeed. Unexpected evidence of the grace, sovereignty and the love of God.

1. Have you ever been in a prayer circle with people who made you feel uncomfortable? How much of the discomfort was due to fear? How did praying together affect you or the group? Why might praying together help us be more open to those we don’t fully trust?

2. What were the factors that led peasant farmers to take up arms against their government in Colombia? What role do feelings of injustice play in any revolution? If the FARC guerrillas in Colombia continue to feel unjustly treated, how might they respond? Why is justice so hard to achieve?

3. Robert J. Suderman writes, “Both Mennonites and the FARC speak of a commitment to justice for all and a more egalitarian society.” What did Jesus teach about equality? What role can faith communities play as Colombia implements its peace process? Is there a role for North American Christians?

4. Suderman says that “peace as a destination can only be achieved by peace as a journey.” What does it mean for peace to be a journey? What is the role of prayer and patience on this journey?

5. How effective are learning tours in promoting peace in places like Colombia? What are some other benefits of this type of tourism? What questions would you like to ask church leaders in Colombia? 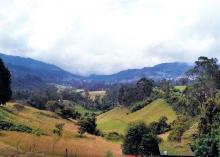 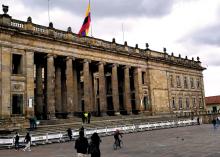 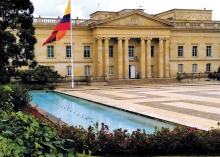 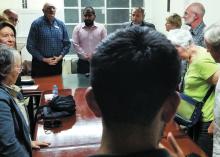 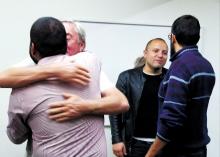 What an inspiring and compelling story. Gracias, hermano Roberto!

I have read this story with tears and with profound sentiments; I'm part of a Colombian generation that has lived a life tormented by a not recognized civil war... my whole life was often crossed by news or sadness because a friend, social justice leader or human rights activist was killed. I lost hundreds of friends from the Patriotic Union (Unión Patriótica) during the genocide against this civil opposition movement. Today, reading this article, I feel compelled, more than ever to support the peace in Colombia... and everywhere! Thanks to Robert Suderman and to the Canadian Mennonite magazine.