‘Deepening our walk with Christ’ through a change in habits 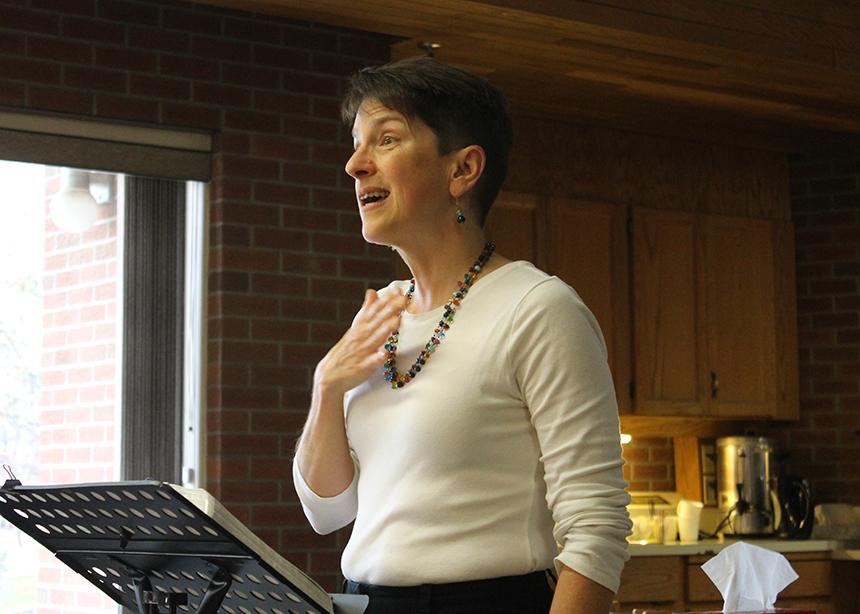 Anyone who has operated a computer knows that, from time to time, it’s necessary to hit reset. The same is true in the life of faith.

“Resetting is an affirmation of God’s grace,” said Rachel Miller Jacobs, an associate professor of congregational formation at Anabaptist Mennonite Biblical Seminary in Elkhart, Ind. “Things do not have to be the way they’ve always been. Something new can happen.”

Mennonite Church Saskatchewan opened itself up to something new at its annual delegate sessions in March, when the regional church’s leaders introduced “Deepening our walk with Christ” as the theme for 2018. It was this theme that Miller Jacobs addressed during MC Saskatchewan’s continuing education event, held Oct. 25 and 26, 2018, at Bethany Manor in Saskatoon. Miller Jacobs explored the theme within the framework of “Habits, habitus and habitation.”

Habits are ordinary practices that shape people’s lives. “We don’t make decisions about these things,” she said. “They are formed by the physicality of doing things over and over.” Developing new, nourishing habits takes time and intentional practice. “You have to make choices and keep on making them,” she said. “You don’t become a hockey player by watching people play hockey. No one can do it but you.”

Deeply ingrained habits become part of one’s habitus. Miller Jacobs cited Alan Kreider’s book The Patient Ferment of the Early Church: The Improbable Rise of Christianity in the Roman Empire, saying, “The church grew because Christians’ behaviour set them apart and encouraged outsiders to have a look.” In other words, the early church developed a habitus that distinguished it from its surrounding culture and made it attractive to others.

Habitus is extremely difficult to change and so must be formed with care. “Habitus formation can’t only be about ideas and beliefs,” said Miller Jacobs. It must also become habituated in people’s bodies. “How are we making certain kinds of reflexes that make us more Jesus-like?” she asked.

She encouraged participants to be aware of the habitus of the surrounding culture and know how it differs from that of the church. “We shouldn’t be naïve,” she said. “Significant parts of an old and deep habitus need to be unlearned and replaced with a new habitus based on Jesus Christ.”

But neither habit nor habitus is enough, she said. Ultimately, the church’s goal is God’s habitation. “God’s reign is the source and end of our being,” she said. “It is a whole way of being that belongs not to us, but to God. God wants us to contribute a brick or two, but the owner of the building is God.”

To translate theory into practice, Miller Jacobs invited participants to create a rule of life for themselves. She described a rule of life as “a structure of patterned habits” designed to help one live life more fully. Citing Justin Whitmel Earley, creator of thecommonrule.org, she outlined three steps to creating a rule of life:

“Pay attention to technology habits,” she said. “Technology is ubiquitous. People 1,500 years ago didn’t have to think about technology, but we do.”

She also urged participants to include habits in and for community, such as having meals with family or friends on a regular basis. “Community of any depth rarely happens unless we make space for it,” she said.

New habits and practices should be integrated into one’s regular day, and they should be achievable. “What’s going to actually work in your daily life?” asked Miller Jacobs, adding, “Big aspirations don’t become realities without small goals.” 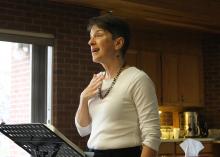 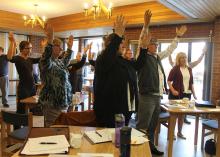