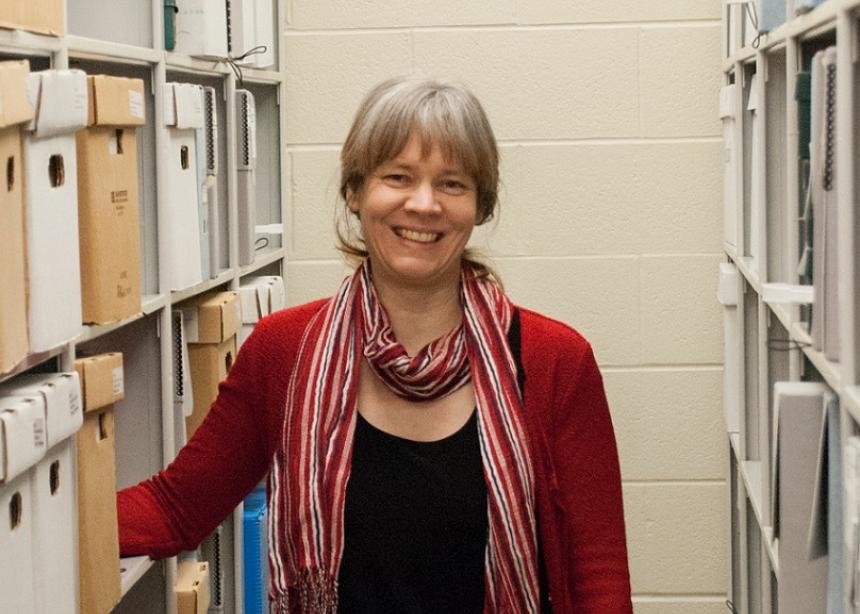 Harder-Gissing, who directs the Institute of Anabaptist and Mennonite Studies at Conrad Grebel University College, Waterloo, Ont., is the new president of the not-so-new Mennonite Historical Society of Canada, a modest but accomplished organization that has been collecting, curating, interpreting and sharing the collective stories of Canadian Mennonites for 50 years.

The underpinning goal of the Society, according to Royden Loewen, has been to create a sense of Mennonite identity. To illustrate the value of common identity, Loewen—Chair in Mennonite Studies at the University of Winnipeg and longtime Society participant—highlights the role of Mennonite Central Committee (MCC), a key funder of the Society throughout its history. Loewen says MCC recognized that, in order to undertake collective projects, a collective identity is essential, and “historical narrative” provides the foundation for such a shared ethos and sense of peoplehood.

The Society started largely with Ted Friesen’s vision for a book that would provide a general history of Mennonites in Canada. Friesen, of Altona, Man., was involved in various Mennonite organizations, including MCC. He recruited, among others, Winfield Fretz and Frank H. Epp.

According to a history of the Society, presented by Sam Steiner at a November 2018 conference in Winnipeg that marked its 50th anniversary, Epp was initially resistant to Friesen’s book idea. He worried that it would contribute to “Mennonite ethnocentrism,” which he considered “already excessive.”

Epp changed his mind. The first Mennonites in Canada volume, published in 1974, bears his name as author. His wife Helen provided considerable assistance but, according to Steiner, did not want her name on the cover.

The second volume followed in 1982. It covered 1920 to 1940 and focused on the Mennonite “struggle for survival,” as opposed to the first book, which focused on separation.

Epp died in 1986, and Ted Regehr completed work on the third volume in the series, which was published in 1996. The three landmark works total a combined 1,683 pages.

At this stage in the Society’s work, Harder-Gissing was invited to their meeting. She was in her 20s and excited to see academics and others passionately discussing issues in their communities and the responsibility to draw on history. The Society, she says, was at a stage of figuring out what would come next.

What came next was a new partnership with MCC to present a series of Divergent Voices conferences. Loewen recalls topics that included “Melancholy and mental health,” “Mennonites and money,” Kanadier Mennonites, Aboriginal-Mennonite relations, sexuality and human rights. Those conferences continue.

Loewen says he thinks that Mennonites value what the Society has done, but people often do not know who is behind the publications or conferences. The Society is “not recognized for what it does,” he says, “but that’s also its [modus operandi].” Its energy arises from creative collaboration, not public profile.

And it appears to be going strong into its sixth decade. On the horizon for the Society is a possible fourth Mennonites in Canada volume, focused on diversity, as well as potential ventures into podcasting, story mapping and other digital media possibilities. The anniversaries of the 1923 migration out of Russia and the 1922 migration from Canada to Mexico may also provide focus for its next steps. 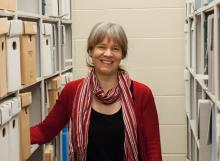