Healing for soul and spirit 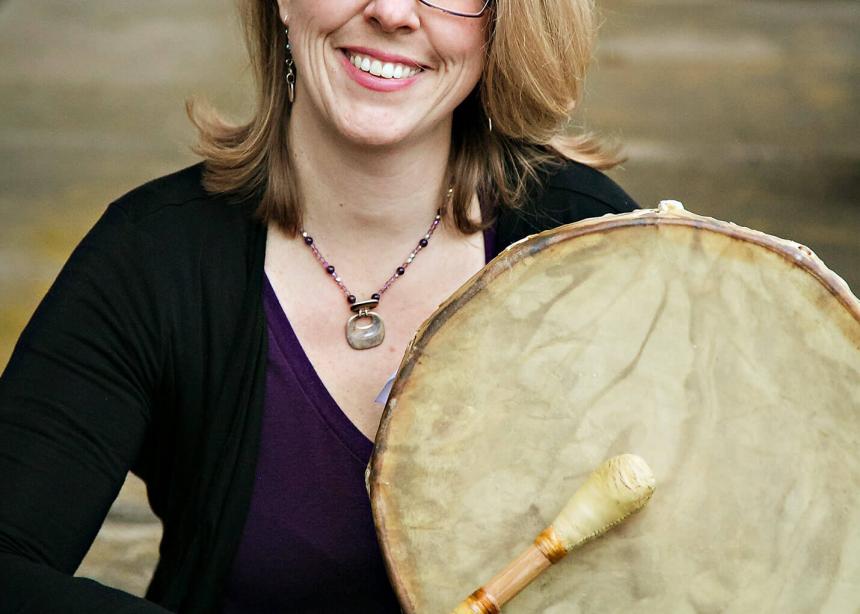 Singing has always been a passion for Sara Fretz. Long before she took up the profession of music therapy she found music “very therapeutic” for herself through her years of growing up. But music is also prayerful, and draws her close to God—faith and singing go together for her.  She “comes to herself as a person” when she sings. Her voice teacher connected spirituality and music for her, “they are one and the same,” she says, “my voice a doorway to my faith.” In later years the indigenous drum has also become important to her with both the beat echoing her heart beat, and drumming with others a “synchronicity with people.”

Doing work in the Philippines and an orphanage in Thailand called her to work with vulnerable people. Since music felt personal, she went into psychology, but a course with David Huron at Conrad Grebel University College opened a way to combine her two passions. In 1998 she began a degree in music therapy from Wilfred Laurier University in Waterloo. Both during her education and after, she worked at Lutherwood, which ran programs for 12-18 year olds, including those in custody. She was amazed to see how music freed the expression of emotions and helped troubled youth to find better ways to express them. Reworking violent and profane lyrics in a rap song helped one young man to find other words for his feelings.

“Music is in the body, it is experiential, it slows down the mind, it changes patterns of belief,” both about the self and about the divine, she says. Fretz is excited that her work now allows her the room to not only work at mental/emotional and social health but also spiritual. Having completed a Masters in Psychotherapy in 2016, she now works both at a Women’s Centre in Kitchener and at the Brantford General Hospital. The latter, near the Six Nations community, gives her opportunities to work with indigenous Canadians to bring healing after centuries of trauma. Here techniques like ‘toning’—the sounding of inarticulate sounds—help patients be better able to articulate what they are feeling afterward, especially if the traumas were pre-verbal in children.

In her work with women, sometimes coming out of decades of abuse, music frees space to emote, something that was often shut down in fear of reprisals and further abuse. Fretz admits that sometimes it is a “Pandora’s box” of emotions as the women become very vulnerable in their sharing. But music can also give them strength, help heal their feelings of vulnerability and suicidal ideation.

In all these things actual musical skill is not required. Sometimes untrained people actually find it easier to allow music to help in their healing journey. “Come as you are,” she says, “be in this space” without need to perform or perfect. Music “deals with the whole person, including the spiritual.” In her work “people are always talking about the spiritual,” though not necessarily Christianity or religion.

Fretz, who attends Stirling Avenue Mennonite Church in Kitchener, sings with both Leonard Enns’ DaCapo Singers and the Mino Ode Kwewak N’Gamowak  (Good-hearted Women Singers), an indigenous and non-indigenous women’s drumming circle. Both groups are spiritually oriented and provide outlets for her spirituality.

See more in the Focus on Mental Health series:
On becoming a better person
Walking toward wellness
Shimmering peace in the midst of darkness
Mental health and ‘having faith’
Being the church in an age of anxiety
When mental illness drops in at church
Learning to let go
Students find relaxation through ‘puppy therapy’ 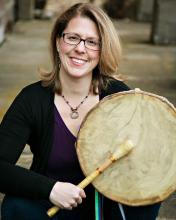