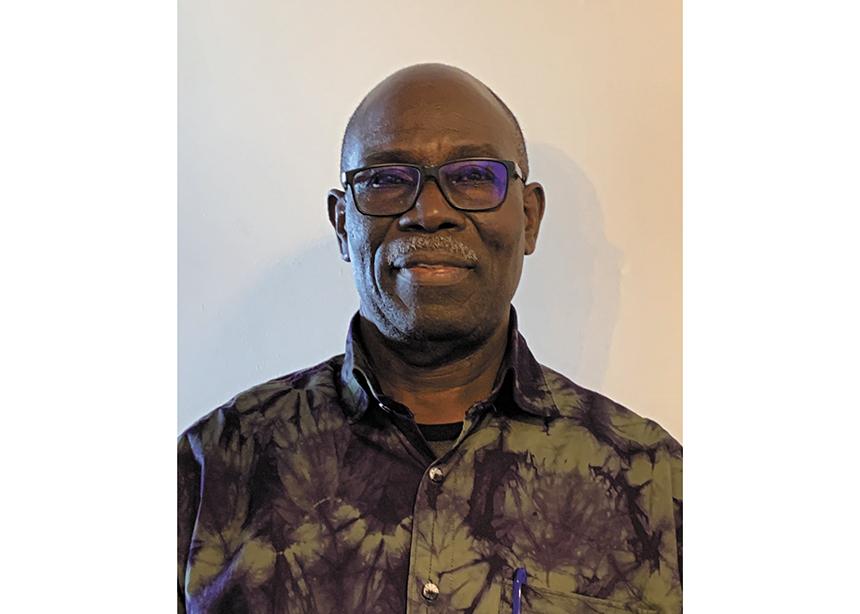 When Pastor Siaka Traoré packed his bags for his trip to Canada and the United States in early March, it never crossed his mind that almost every event and visit he had planned would be cancelled.

He had prepared to go Winnipeg; Edmonton; Seattle, Wash.; and Abbotsford, B.C., but only made it as far west as Edmonton before rebooking his flight to go home, after all his remaining engagements, including the ones in Edmonton and Calgary, were cancelled due to COVID-19.

“I think this crisis tests humanity and shows us how we are weak, even though we think we are strong,” he said. “Everyone has fear. It is time to turn towards God. If you have God, you won’t panic.”

As chair of the Mennonite World Conference (MWC) Deacon’s Commission, Traoré made the trip to attend MWC meetings in Abbotsford together with 50 Assembly 2021 organizers from around the world, but he also felt it was a great opportunity to say thank you to all the missionaries who have served in Burkina Faso over the last 42 years.

“I really wanted to thank them personally for their power and presence, and for using their gifts in Burkina Faso to build the kingdom of God,” he said.

He was also looking forward to seeing the four remaining Mennonite pioneers who began the work in Burkina Faso in 1978 with Africa Inter-Mennonite Mission (AIMM). “There are now almost a thousand Mennonites following Jesus in Burkina Faso thanks to these early pioneers,” Traoré said.

He got to see Donna and Loren Entz, who currently live in Edmonton, but he missed out on seeing Dennis and Jeanne Rempel, who live in Seattle.

Traoré, pastor of Église Évangélique Mennonite du Burkina Faso in Bobo-Dioulasso, talked about how he was discipled by the Mennonites. He became a Christian in 1979, at the age of 24, after asking God directly about the way to paradise. He had bought a copy of the Bible and loved it. As he read through the New Testament, he discovered the Lord’s Prayer and started to pray it daily, but he hungered to know more. He attended Maranatha Bible School and then connected with AIMM missionaries in Orodara, just 20 kilometres from his village.

The directors of AIMM invited him to join the work and he never regretted saying yes. “One thing I love about the Mennonites is their strong biblical teaching,” he said. “I like the emphasis on living as disciples of Jesus Christ. Their commitment to humility and simplicity. The power of the Mennonite attitude towards nonviolence.”

For many years, Traoré was in charge of a Mennonite Central Committee peacebuilding program in West Africa. He loved the work but mentioned that, no matter what he did, he was “first a pastor and last a pastor.” His greatest joy is seeing the change in people when they commit their lives to Jesus Christ.

He said he also enjoys seeing people of different faiths changing from enemies into friends, which is a great need for prayer in Burkina Faso. In the last four years, there have been multiple terrorist attacks that have resulted in the deaths of more than 70 Christians.

Even the chief of Burkina Faso’s army is quoted as saying, “Many talk of cursing the terrorists, but we need to love the terrorists. Pray for the change of the hearts of the terrorists; they are our children.”

Before returning home, Traoré asked that Canadians pray for peace in his country. He also left a message for Mennonites in Canada:

“It is true that we are in trouble. But you are all welcome. Come visit. Don’t abandon us. Be calm and do not fear. I would like to leave you with Exodus 14:13-14. ‘And Moses said to the people, “Fear not, stand firm, and see the salvation of the Lord, which he will work for you today. For the Egyptians, whom you see today, you shall never see again. The Lord will fight for you, and you have only to be silent.” ’ ”

Related stories:
Love in the time of COVID-19
In a time of uncertainty
The church has left the building
Mennonite organizations cancelling events, making adjustments in response to COVID-19
MC Canada offers pandemic preparedness web resources for congregations 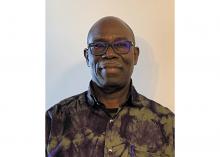