Growing up on record 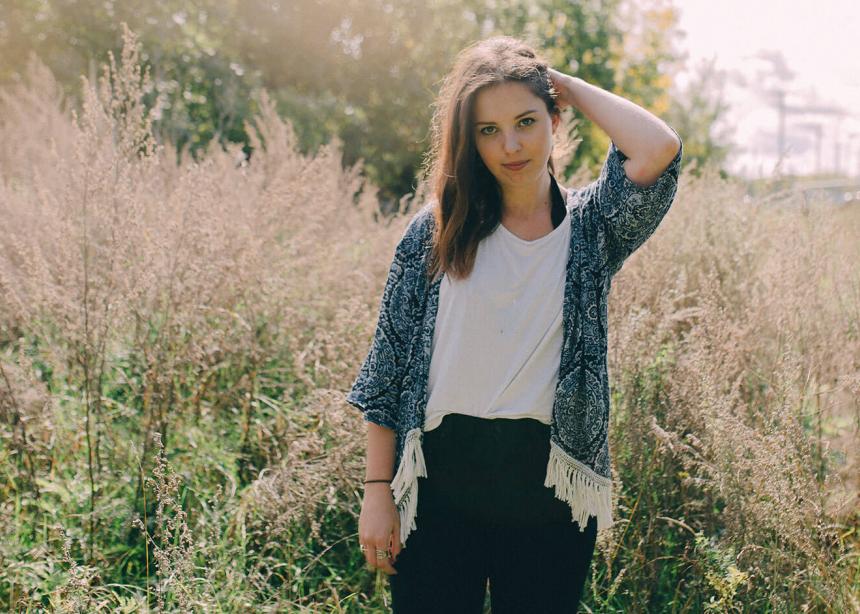 For some people, writing a song is a laborious process. Not for Michaela Loewen. Most of the time, the music and lyrics come to her in under half an hour. “I know if I can write it in 20 minutes or less, it’s a good one,” the Winnipeg musician says.

Loewen wrote her first song at the age of 12, less than six months after she first picked up a guitar and taught herself to play by learning songs by the Beatles, Bob Dylan and Sarah Harmer.

Now, almost 10 years later, Loewen has released her debut album. Entitled Currents, the album is a 13-song collection of poppy folk music. Loewen’s guitar and vocals are augmented by a full band that includes drummer Mitch Dorge, who produced and recorded the album at his home studio.

Dorge, known for his work with the multi-platinum-selling Crash Test Dummies, assembled the band. They began rehearsing Loewen’s songs two years ago this fall. Recording began in July 2015 and concluded this past February. The album was released in August.

“I definitely didn’t think [making the album] would take as long as it did, but . . . I don’t regret it at all,” says Loewen, who attends Douglas Mennonite Church in Winnipeg. “There’s a lot of attention to detail on the album, and I think it shows.”

Many of the songs on Currents are about growing up.

“The whole album is an amalgamation of the last five years of my life, going from being 17 or 18 to now—just the process of sort of becoming my own person and growing into myself,” says Loewen, who turns 22 next month. “Music has always been a big emotional release for me, and this album is a collection of a lot of that.”

She points to “Advice,” a song she wrote for—and performed at—her younger sister’s high school graduation a few years ago, as one of her favourites. “Look around and remember all that you have done / Surround yourself with the people you’ve known since you were young . . . / Just remember, you’re gonna be okay,” she sings.

Dorge says it was a pleasure working with Loewen. He praises her songwriting, which he describes as simple, to the point and extremely honest, adding, Loewen has a talent “beyond her years.”

“She’s a very wonderful, gifted personality,” the producer says. “I think part of it is because she has a very strong sense of self. There’s no pretence when you’re working with her. She has all the ingredients, I believe, of the kind of performer that can really make a difference in the [music] industry.”

Now that Currents is available, Loewen is looking forward to playing shows in support of the album. She already has experience performing at the Winnipeg Folk Festival as part of the festival’s Young Performers program, and she has also opened for acclaimed Winnipeg singer-songwriter JP Hoe.

Like songwriting, performing comes naturally to Loewen. In the days leading up to a performance she says she can become “a very tight ball of anxiety.” But that all changes once she steps foot on stage. “As soon as I’m on the stage and singing, I’m the calmest, happiest person on the Earth,” she says. 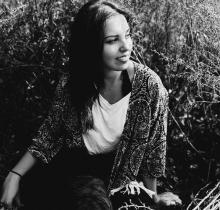 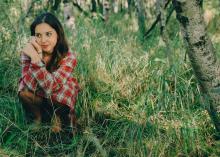