The growing phenomenon of cohabitation 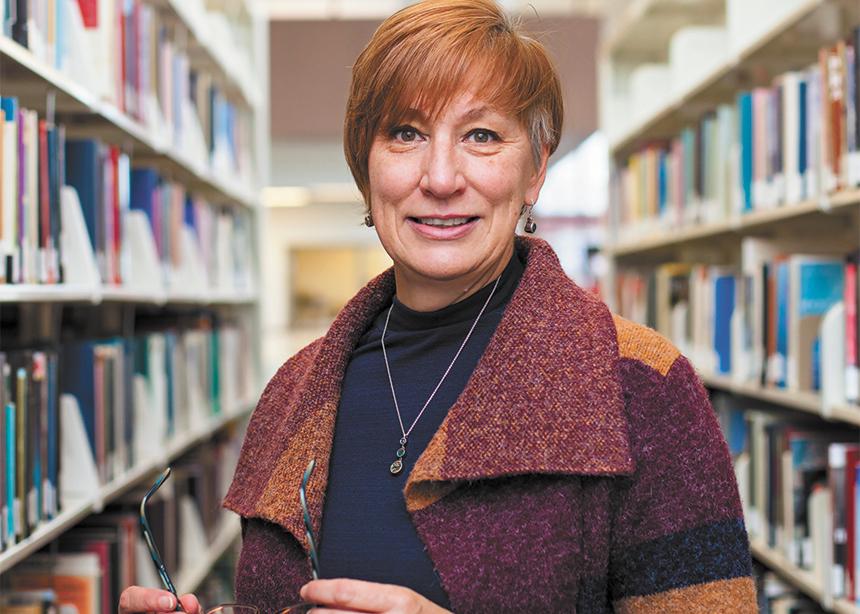 “What questions does cohabitation raise for you?” asked Irma Fast Dueck at a Portable CMU event hosted by Springridge Mennonite Church in Pincher Creek, Alta., in May.

The associate professor of practical theology at Canadian Mennonite University delivered a series of three workshops on Zoom entitled, “Without strings, without rings: Couples living together.” Springridge Mennonite invited Lethbridge Mennonite and Holyrood Mennonite to join in.

The workshops were divided into three parts: past and current trends, looking at cohabitation through a faith perspective, and relating as a community to those who cohabit. Stories included how living together before marriage used to be rare, with the dating pool consisting of young people from church, Bible school and Mennonite weddings. Younger participants talked about the anxiety of so many dating choices, made challenging through online dating apps, speed dating and greater mobility.

“Currently, a majority of young people think it’s a good idea to live together,” said Fast Dueck, adding, “Since dating culture is no longer oriented towards marriage, fewer people are choosing to be married.”

A common reason she hears for cohabiting is to “test drive” the relationship, although there is no statistical evidence divorce rates decrease after cohabitation, she said. Other reasons include cultural pressure, financial convenience, and mistrust of institutions such as government, the church or marriage. After witnessing a generation of broken relationships, fear of commitment can be an issue. Social factors such as contraception, abortion, and a longer period between puberty and marriage, also play a part.

While studies show that couples who cohabit have an increased chance of divorce, poverty, and abuse, she said, “Cohabitors with marriage plans are involved in unions that are not qualitatively different from those of their married counterparts. . . . Students say, ‘We believe in long-time, committed relationships,’ and that is good news,” said Fast Dueck.

Another statistically significant pattern, she said, is that many congregants who cohabitate leave the church, returning after marriage.

When searching for a biblical model of marriage, Fast Dueck said she asks her students to look through the Bible and identify the perfect Christian family. This proves difficult, as the Bible includes cultures who accepted concubines and polygamy. Four different sets of household codes are mentioned in the New Testament.

“Marriage is static and always has been,” she said, “but God’s Word is heard in every generation.”

Fast Dueck said she laments those who want to wait until they have money for a wedding or home, and she said, “This has nothing to do with marriage.”

She said she sees the world shaping people in ways they don’t even notice, with relationships no longer seen as having worth outside of self-interest, she cited American economist Victor Lebow, who blames capitalism on the commodification of relationships, where consumption is frequently seen as people’s primary role in the world and, if their needs are not met, the contract ends.

When counselling a couple, Fast Dueck suggested, “Why not allow your church to plan the wedding?” It can be meaningful when friends are trusted with the decorations or choosing the Scripture readings. It was noted that when a marriage is not blessed by the church, the church doesn’t feel responsibility in the same way.

“What is a more radical witness than a promise of love and commitment?” she asked the participants. An act of will and discipline? According to her: “A Christian marriage is countercultural—an act of resistance. There is something about marriage that helps us to love.”

The workshops wrapped up with a challenge to create spaces where people can talk and listen to each other without fear.

Fast Dueck told of an event to which young people were invited to come and freely discuss multiple topics, such as purity, pornography, and how to break up with someone in a good way. After the event, she said one participant commented, “Boy, I’ve never had a chance to talk about these things in this kind of way.”

Another participant said that if people never hear the struggles others face in their relationships, they will not feel safe to share their own. 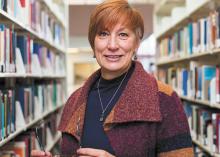