Archives provide deeper understanding about who we are 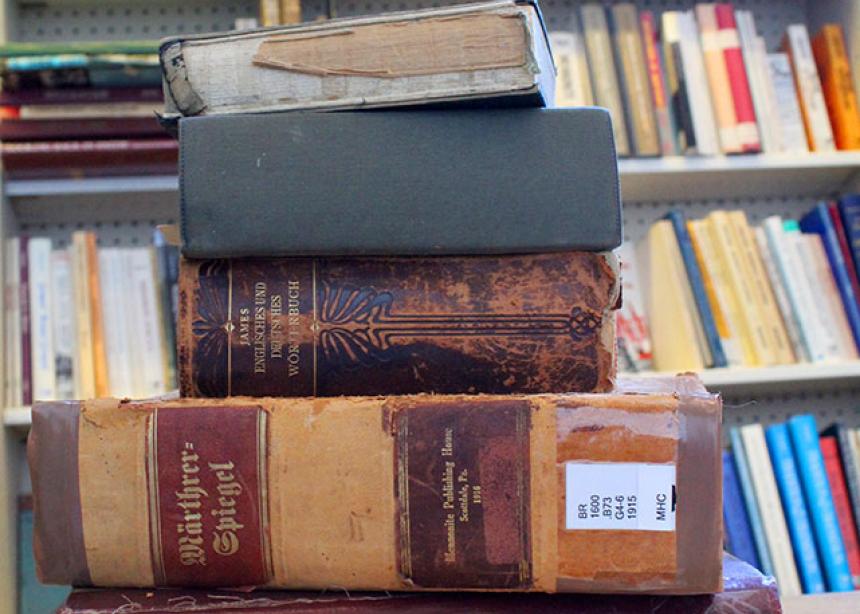 <p>There is a terrifying amount of paper documenting Mennonite history, and more than a few gems hidden in the vault.</p>

It wasn’t until Grade 6 that I realized it was possible to be more than just a Mennonite. Our teacher asked us to come up with one word to described ourselves. One of my classmates chose the phrase, “Russian Mennonite.”

It leaped out at me, along with a jealousy of my classmate’s confidence in claiming that cultural identity. I had always been just a Mennonite, but here I was being informed that all this time I had been lost in an ethnic melee, unaware of where I or my family fit into this startling new world of options. My classmate spent the better part of five minutes explaining to the rest of us ignorant peons how exactly he came to be of such a specific breed of perogy-eating, knippsbratt-playing people. Ever since, it has stretched into a long series of personal questions about what it means to be Mennonite, satisfied by very few facts.

A practicum placement pushed me through the doors of the Mennonite Heritage Centre Archives. There is a terrifying amount of paper documenting Mennonite history, and more than a few gems hidden in the vault.

Who would have guessed that my neighbour’s father had served as a conscientious objector (CO) during the Second World War? A photo in the Archives captures this man as he poses with his fellow workers in front of a tent nestled in Manitoba’s Riding Mountain National Park. These are the fresh faces and lanky limbs that spent hours at the side of the road clearing weeds and doing other manual labour. These are the men who now lie silent beneath our southern Manitoban soil, the unassuming remains of the alternative to the bloody battlefield.

Lying next to these powerful pictorial testimonies on the table before me is also the example for a transcript I will make for the voices of Mennonites who have been muted within their own community. The wives and daughters of men who went against their families’ beliefs and believed that pursuing active duty overseas was the best way to end the war. What of these Mennonite voices who are nodded to during the required memorial services and then are lost between being known as veterans and being appreciated as such?

As I spend hours listening to the voices of devoted church women, the idea of “Mennonite” grows in diversity, in tenacity and in passion to God. It becomes more than perogies, bargain-hunting and church politics. To be Mennonite becomes a mouthpiece for what it is to be a human struggling to pursue a way of life that not only satisfies the desire for a roof over your head and bread for your table, but fills that inner longing to be more than just a momentary mortal life. It is more than Russian or otherwise. It is the struggle to be a child of God in the kaleidoscope that is community, both local and global.

Yet who will remember the horrors of war? The cost of refusing to fight, or of stopping short at nothing less than fighting? Who will take up the testimonies of this war-weary generation and place them gingerly in the hands of our youth as a writhing reminder of what it means to face hatred and familial love and self-identity? Who will make “Mennonite” more than just a title lost among tired old history books?

Archival resources are only as rich as the use we make of them. If we don’t, the faces and the voices lose their stories. The dusty CO worker becomes a spineless man who wants peace without fighting for it. The Mennonite soldier becomes an anomaly who, instead of encouraging discussion, ushers in a fidgety silence. There can be little true movement forward if those who came before us stop breathing in our memories, and cease to be the trailblazers of their time. We share the kinship of a fumbling youth with the inhabitants of the past, so let us embrace them.

Remembrance, and, more importantly, appreciation, for the lives of those who went before us must be maintained and grown, preserving the wisdom that can only be gained by personal experience. Yet this need not only be for those who fought a war. There are innumerable other stories waiting to be discovered.

Archives are bursting with life. Let us hear the voice of a freckled immigrant girl, feel the pain of a widowed housewife, see the sweat of a struggling farmer, and make it matter. Together, let us grow “Mennonite.”

Olivia Klippenstein is a student at Canadian Mennonite University, Winnipeg. 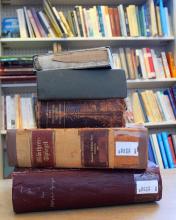 There is a terrifying amount of paper documenting Mennonite history, and more than a few gems hidden in the vault.

Photos in the Archives document the experience of conscientious objectors during the Second World War.

Olivia Klippenstein grew up in Altona, Man. She explored her Mennonite heri-tage during a practicum placement at the Mennonite Heritage Centre Archives.