Growing community, one song at a time 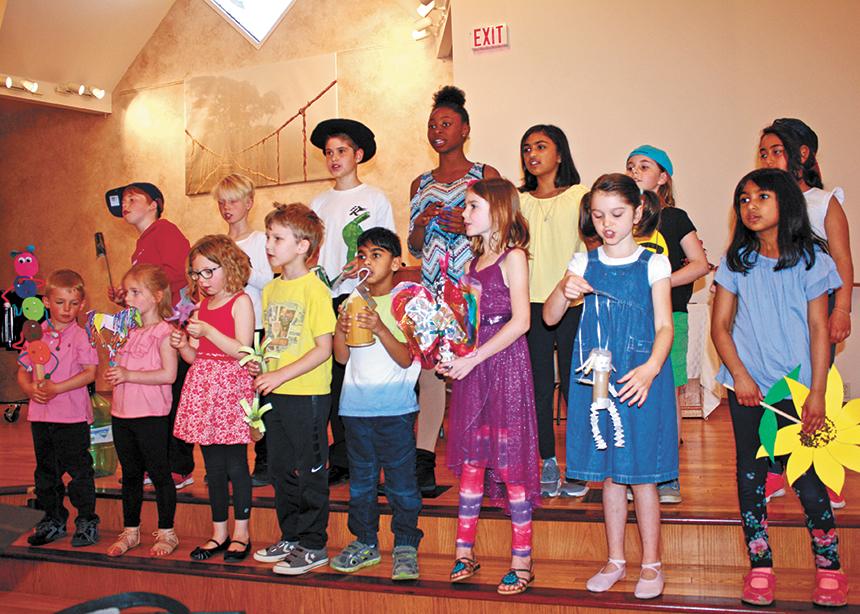 At a time when many churches and their choirs are dwindling, music teacher Kim Friesen Wiens created something amazing in Edmonton with the potential to help reverse both trends.

Inspired by the legacy of a church kids club and using funds donated in her grandmother’s memory, Friesen Wiens brought together children from her church, First Mennonite, Lendrum Mennonite, and children from the community to produce an hour-long musical called, In the Image. Written by Mark Burrows, the production is based on Genesis creation stories and was beautifully presented as a Sunday worship service at Lendrum on April 29 and at First Mennonite on May 6, 2018.

Half of the 18 participants in the musical were from non-church families who were invited by their friends to join the choir. One of Friesen Wiens’s piano students also participated along with her brother.

“It blew me away what those little kids could do. They took it ten steps beyond what I imagined.” Friesen Wiens said.

The idea for a children’s musical took several years to emerge. “Women In Mission [of First Mennonite Church] approached me with funds donated in my grandmother’s name and wanted me to use it for children’s music,” said Friesen Wiens. Her grandmother, Melitta Friesen, who passed away in 2012, had been a much-loved children’s choir leader and Sunday school teacher at First Mennonite for many years. She led a number of musicals and was also a popular piano teacher. “One-and-a-half years ago, it suddenly came to me that I should do a musical,” Friesen Wiens said.

Planning for the musical involved the challenges of small numbers, busy family schedules, and a participant age range from pre-readers to grade 6. Inviting both the First Mennonite (Mennonite Church Canada) and Lendrum (Mennonite Brethren) children to participate and bring friends boosted numbers and created good connections between the singers and parents.

Audio tracks and scripts were purchased and sent home with each family, so children could listen and learn at home, minimizing the need for multiple practices and allowing children who could not read words or music to know their parts. Starting in September 2017, the choir met once every other month for 1½ hours, for a total of five practices. “The amount of commitment was perfect,” Friesen Wiens said.

The musical created many good experiences including building connections between churches, giving children an opportunity to lead in meaningful worship, bringing community members into the church, providing a fun musical opportunity for children, and teaching the biblical creation story. One choir member told Friesen Wiens, “Now we know what it means to be good stewards of the earth.”

A side benefit of the experience for Friesen Wiens was that it bolstered her confidence in inviting people to experience the church. “I had conversations I definitely wouldn’t have had ... I was out of my comfort zone. Asking someone to be a part of this, the vulnerability comes out.” The whole experience was encouraging as she discovered that families seemed to be looking for opportunities to involve their children, and it was easy for the church children to invite their friends.

Asked what advice she has for other churches, Friesen Wiens was enthusiastic. “Jump in and do it. Find a simple [musical] and just go for it.”  “Don’t shy away from involving pre-readers if you can get an audio track. My Kinders would dance while they did it; they knew all the words and took hold of it.”

Kim Friesen Wiens has taught music in Edmonton Public Schools since 2000, and occasionally teaches undergrad and graduate classes at the University of Alberta. She is currently working on a collection of Chinese folk songs in cooperation with the Chinese government, conducts the children’s choir at First Mennonite, and teaches piano. 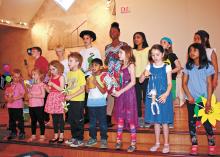