Graduating in a nursing home 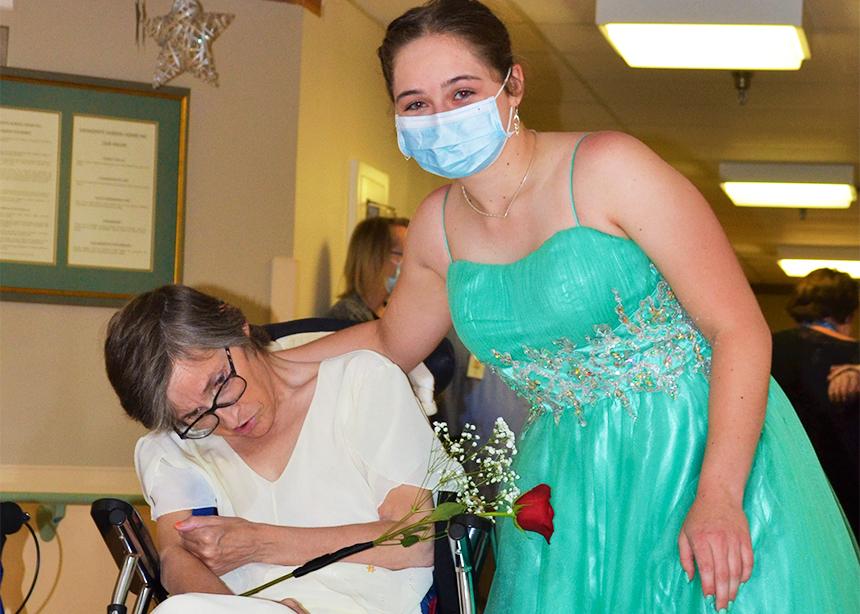 Graduation was disappointing, or non-existent, for many high-school students this year thanks to COVID-19. So Karen Chaskavich and the team at Mennonite Nursing Home (MNH) held a graduation celebration of their own.

The nursing home, a ministry of Mennonite Church Saskatchewan, located just outside of Rosthern, has seven high-school graduates on staff, including two summer students. Three of the grads have family members who are residents of the home and who wouldn’t have been able to attend celebrations outside the home.

“I had seen a picture of another home,” says Chaskavich, who is director of care at MNH. “They had one girl working there who was graduating, so they invited her to come in her [graduation] dress and walk around.”

Chaskavich was excited by the possibility of doing something similar at MNH, and her enthusiasm was contagious. “It was a whole team effort,” she says. “The kitchen staff made hors d’oeuvres, which they set up banquet-style in the auditorium.” Activity staff decorated the auditorium with balloons and “Grad 2020” banners.

“Even our maintenance man got involved,” says Chaskavich. On learning that a resident didn’t have dress clothes, he went to the local thrift store and bought him a suit jacket. Other staff members helped dress residents and curled their hair.

Each graduate had an escort for the June 25 celebration, chosen from among the nursing home’s residents. Tammy Unger escorted her daughter Emily, who works in the kitchen. Doug Knoll escorted his granddaughter, Kendra Schlichemeyer, a summer student. And Don Regier escorted his grandniece, Kate Hanson.

Because of the need for physical distancing, only grads, escorts and other staff members were included in the ceremony. But during the grand march, grads walked down each hallway so that residents who couldn’t attend could still enjoy seeing them in their formal wear and offer congratulations.

During the ceremony, Chaskavich, who served as emcee, introduced the grads, stating their name and school, their favourite Grade 12 memory and their plans for the future. The grads crossed the stage to receive handcrafted certificates congratulating them on graduating during their time of employment with MNH. The certificates featured the colours of each grad’s particular school.

Graduate Alysia Wielinga’s mother, who also works at MNH, approached Chaskavich with tears in her eyes.

“Thank you for doing this,” she told Chaskavich. “It made them feel like they were able to graduate.”

Tammy Unger held back tears as her daughter was honoured.

And Knoll, when asked if it was a proud moment for him, replied, “More than you’ll ever know.” 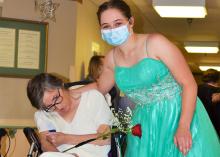 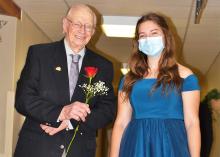 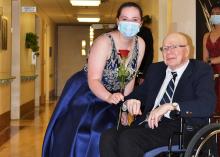 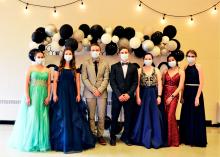