Grad takes the helm of his alma mater 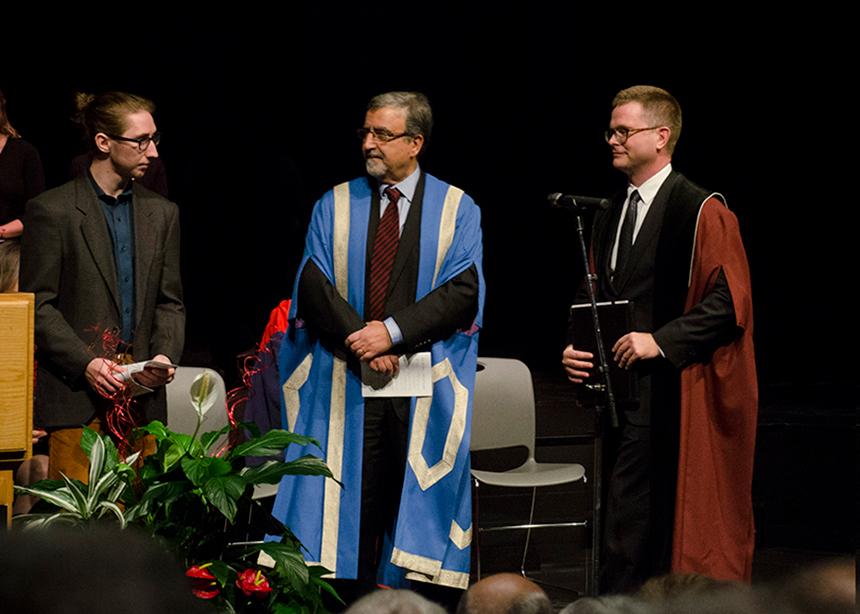 Marcus Shantz laughs when it’s noted that the previous seven presidents of Conrad Grebel University College have all been pastors or academics, or both. “I guess the board sees that it takes a broad skill set to be the president,” he says.

Shantz was most recently the president of the Mercedes Corporation, a property development company in the Waterloo Region started by his father Milo in 1981. He hadn’t exactly been looking for new work, but the time for the corporation to consider its future had come as the shareholders were ready to get out of the business. His taking of the Grebel role did not precipitate the recent sale of the St. Jacobs Market and other properties, and the devolving of the corporation, but it was part of a process already in motion.

Shantz did his undergrad degree at the University of Waterloo and lived in the Grebel residence, taking the majority of his courses in music, Peace and Conflict Studies, theology, Anabaptist studies and history. He has also served on the Grebel board in the past, and as a student he was part of the search committee that hired John Toews as president in the 1990s.

After his undergrad work, Shantz worked for Mennonite World Conference in Strasbourg, France. On his return, he had planned to pursue a PhD in church history but was counselled to go into law instead, as something “much more practical,” in order to learn “how the world works.” Institutions like Grebel and Mennonite Central Committee need people to manage them, people who know how the world works, he was told.

He “had a vague idea” of serving in a church-related institution after his law degree, but Mercedes Corporation called. Instead of the three to five years he expected to work there, he completed 13 years, even though he had told his dad he would never work for the corporation.

Installed as Grebel’s eighth president on Nov. 2, 2017, Shantz is the first alumnus called to serve as president. Many of his fellow staff and professors who have been hired relatively recently are also alumni.

Staff hiring will not be a priority for his tenure, but an expansion and updating of the current kitchen and dining hall will be. Community dinners on Wednesday night aims to have all 174 residents able to eat and fellowship together, but cannot now. He considers this intermingling of people from many faculties across the campus of the University of Waterloo one of Grebel’s strong points. Having theology and ethics students sitting across from engineering and math students, together with Peace and Conflict Studies professors, creates a synergy of influence, he believes.

Fundraising and connections with the supporting Mennonite community will be high on his list of priorities. The relatively new nature of the present team of faculty, and the latest building expansion of library, archives and the Kindred Credit Union Centre for Peace Advancement, mean he will be working on integrating all of Grebel’s programs.

Before his start date, he had spent time one-on-one with 46 staff and faculty. On the job now, he says he still has “so much to learn” about being the leader. Not much has surprised him, but the continuing decline in enrolment in the arts and humanities across Canada—with the current emphasis on science, technology, engineering and math (STEM) at the University of Waterloo—means Grebel needs to work on attracting students to its campus and residence.

Shantz insisted that his installation take place in Hagey Hall on the university campus, in order to remind it of Grebel’s presence and contributions.

Shantz attends Rockway Mennonite Church in nearby Kitchener with his wife Lisa and their three sons. 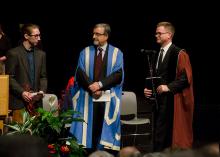