The gospel is a seed buried within the church 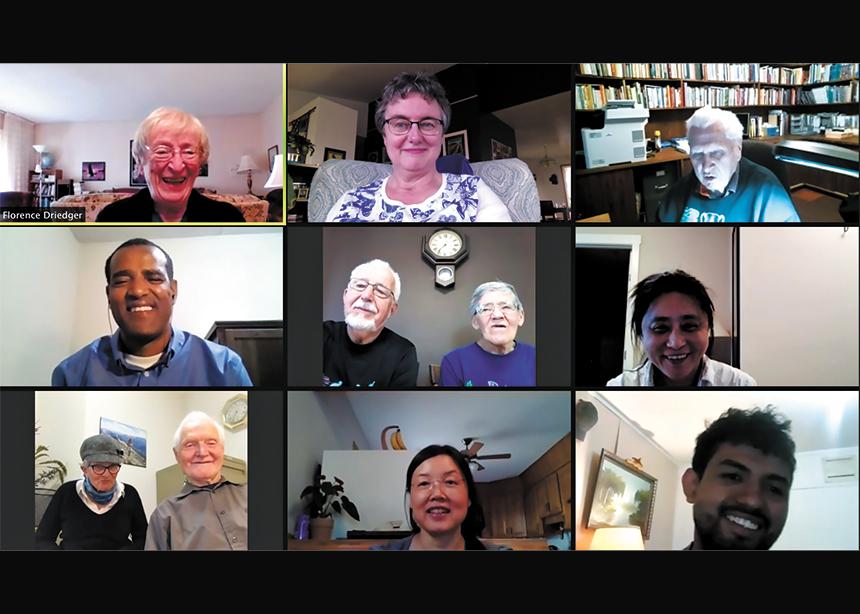 Peace Mennonite Church gathers for Bible study every Tuesday evening. Since the pandemic began, the Regina-based house church has been meeting via Zoom, enabling members who no longer live in Regina to also attend.

Since Easter, the group has been studying the Book of Acts. Co-pastors Otto and Florence Driedger invited guest speakers to help the congregation connect the activity of the early church in Acts with what is happening in the church today.

As they planned to study the story of Philip’s encounter with the Ethiopian eunuch, Otto said, “Wouldn’t it be great to have someone from Ethiopia [speak to us]?”

They found that someone in the person of Fanosie Legesse, who is intercultural minister of MC Eastern Canada. He joined the group on May 11 to explore Acts 8:26-43 and talk about the church in Ethiopia today.

“The scriptures are very important,” said Legesse. “The good news of Jesus Christ was spread by the Scriptures.” For Jesus’ disciples, the Scriptures were what is now referred to as the Old Testament, which included the prophetic books.

Like the Ethiopian eunuch in the story, who doesn’t understand what he is reading by the prophet Isaiah, people often neglect Bible study because they find the Bible difficult to understand, said Legesse. He encouraged participants not to give up their practice of studying the Bible.

“Let us live by what we understand,” he said, “and work and pray together to understand what we don’t understand.” He noted that Philip and the eunuch do just that. In response to the Holy Spirit’s leading, Philip approaches the eunuch’s chariot and asks if he understands what he is reading. At the eunuch’s invitation, Philip explains the Scripture to him.

The Ethiopian Orthodox Church has been in existence since AD 340, and today about 60 percent of the population identify as Orthodox. Many of those, including Legesse’s parents, are nominally Orthodox but also adhere to African traditional religion, which includes practices such as witchcraft and animism.

The Roman Catholic Church accounts for less than 1 percent of the population, and there are also many Jews and Muslims in the country.

“In 1989, when I was 17, I became a Christian when I heard Christians preaching the gospel despite intense persecution,” said Legesse. “They faced persecution from the government, from [African] traditional religion, and also from the Ethiopian Orthodox Church.”

The believers who inspired Legesse to give his life to Christ were part of Meserete Kristos Church, a Mennonite World Conference church headquartered in Ethiopia.

Prior to that, Legesse had been a follower of the Marxist-Leninist teachings of Ethiopian president Mengistu. “He did a lot of good that made sense for us,” he said. “But the communists forced everything by gun. That made sense to me until I read the book of Acts.”

Mengistu persecuted the country’s Christians, forcing its 5,000 members underground and confiscating the schools and clinics they operated. But this didn’t stop the spread of the gospel. Church members would cut pages out of their Bibles and hand them out to people passing by, said Legesse.

“Christians were praying, studying the Bible and loving each other,” he said. “When someone’s house burned to the ground, we would build it the next day.”

This practical discipleship became irresistible, and even some of Mengistu’s own party members became Christians.

Legesse described the gospel as a seed buried within the church. He recalled how, at one time, the Ethiopian Orthodox Church taught more about the saints than about Jesus. But the seed of the gospel was, nevertheless, buried there.

“As soon as people start praying, the seed starts to grow,” he said.

Legesse said that today, in spite of persecution, Meserete Kristos Church in Ethiopia numbers around 600,000 and is the largest Mennonite church in the world.

“The gospel is powerfully preached and practised,” he said. “If you believe it, you live it out.” He added, “Mennonites in Ethiopia are feeding the hungry, caring for orphans and preaching the gospel.” And they are doing this within the context of 80 to 85 competing languages and the lingering effects of colonization, he noted.

“Throughout the struggle,” said Legesse, “the kingdom of God is advancing. . . . It all started because of Philip’s preaching the gospel to the eunuch.”

Peace Mennonite was established in 1986 as a daughter church of Grace Mennonite, also in Regina. At first, the church rented space in a school, but when six core families left the city for job opportunities elsewhere, the remaining congregation, which includes international students, former refugees, retirees and ex-offenders, began meeting in the Driedgers’ home, until the pandemic came along. 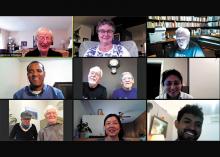