From Goshen to Peru and back again 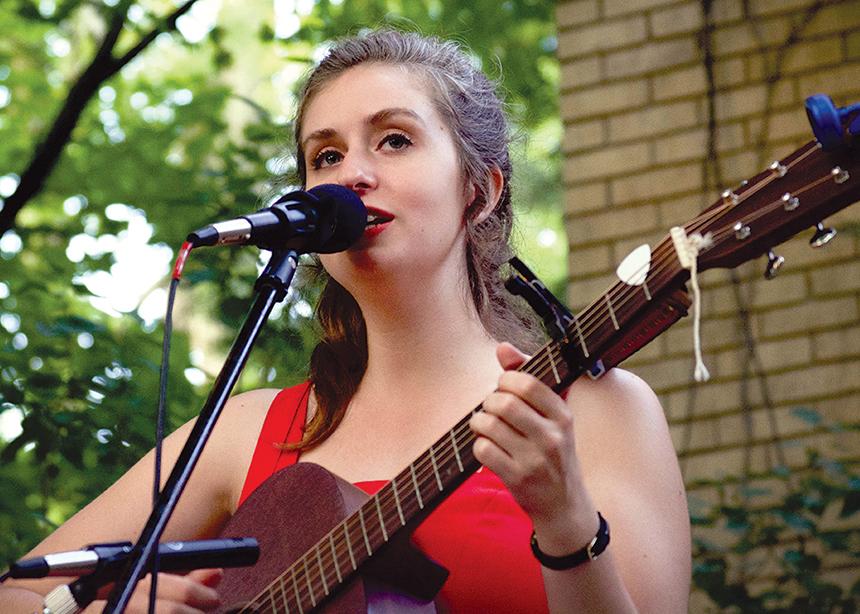 Born in Portland, Ore., and raised in Goshen, Ind., singer-songwriter Sadie Gustafson-Zook is currently pursuing a master’s degree in jazz voice at Longy School of Music in Cambridge, Mass.

Last summer, she released I’m Not Here, her first album of original material. The 23-year-old wrote a handful of the album’s eight songs during a study-service trip to Peru as part of her undergraduate studies at Goshen College.

Canadian Mennonite called Gustafson-Zook, who attends the Mennonite Congregation of Boston, to discuss the album. What follows is an edited and condensed version of our conversation:

CM: Can you trace the ways in which being in Peru influenced the songs you wrote there?

SGZ: I think most of my songs have to do with social interactions, and being in a new place and not being able to communicate very well was pretty influential to a lot of the songs. For starters, “When I’m Home” had a lot to do with feeling like I couldn’t really express myself because of the language barrier, and also more generally any barrier making people feel like they can’t express themselves.

“It’s Funny” is very much about feeling pressure to really milk the experience [in Peru], but also feeling kind of homesick and maybe that what I was doing wasn’t that important.

A cumulation of a lot of experiences led to “A Lot More Time,” [including when] we met some German exchange students while we were there. We were hanging out with them, having a very surface-level conversation. I was feeling like no one was really pushing to actually get to know each other, it was just little banter kind of stuff. That was really annoying me, so I wrote a song about it.

“Fish Song” is kind of a general little love song and [is about] realizing that there’s a world outside Goshen.

CM: How was your experience making the album?

SGZ: I had never made an album with original songs before, even though I’ve been writing for a while, so I really felt like it was time to put down some of these tracks. This album [is] kind of a time capsule of where I was at the end of my time in Goshen. It came out when I had just moved to Boston, [which] was very much a transitional time in my life. So I was happy to have the album as a benchmark of my musical experience up until that point, [with] some of my personal experience written into the songs.

CM: Do you have a favourite song on the album?

SGZ: There are ones that I was surprised at how they turned out or that I hadn’t performed a lot before. “You Care,” for example. I had not performed that song very many times, so I was really happy to hear how it rounded out with a full band. It was also really fun to see how “A Lot More Time” and “Dove Child” became new songs when there was a full band, just because I’m used to performing those by myself.

CM: Since this interview is for a Canadian publication, I have to ask: Do you have any favourite Canadian musicians?

SGZ: The Duhks [from Winnipeg]. They just have such a powerful rhythm to them, but it still is very rootsy and very acoustic. I really admire the fiddling in that group. They also do a really good job of tackling issues in a very gentle but sincere way.

My dad used to run 99.1 The Globe, the radio station at Goshen College, and he would bring home all these CDs of new artists that were kind of up and coming in the roots community. I think that’s how I ended up hearing about the Duhks. I never saw them in concert or anything, but I did meet the banjo player from the group [Leonard Podolak, son of Winnipeg Folk Festival founder Mitch Podolak], at a fiddle camp years later. I was “fangirling” a little bit. We ate at the same table and I was kind of freaking out.

Also, the artist who did the artwork and design [for I’m Not Here] is Canadian. Her name’s Dona Park. I met her in high school when her dad was studying at Associated Mennonite Biblical Seminary. She is from Vancouver. That’s another Canadian connection. 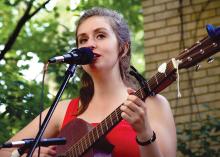 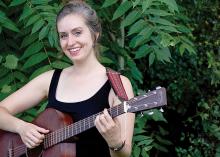 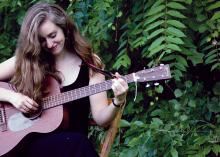 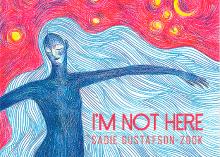