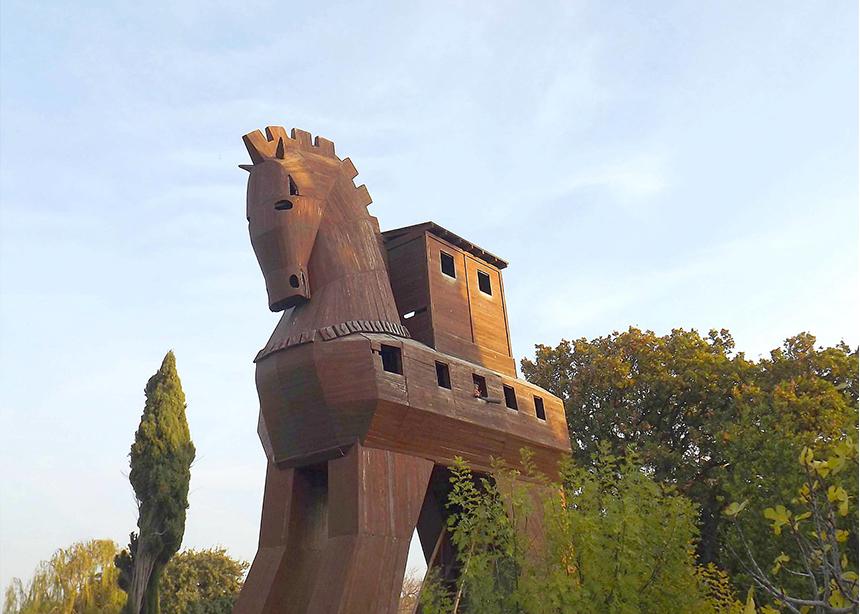 As human beings, we’re generally pretty lousy at grace. We long for it in our deepest and truest moments, and we desperately need it, God knows. But we often struggle to receive it. We’d prefer to earn, to justify, to merit. Grace is for the weak, and that’s not us.

At least this is the impression we often give. We’re even worse at extending it, particularly to those we are convinced will treat it recklessly and wastefully. Those who most need it, in other words. We are far more interested in, and skilled at, scorekeeping and evaluating. This is our lane, and we’re too often happy to stay in it.

I was listening to a podcast recently where a quote from the Nigerian theologian Nimi Wariboko stopped me in my tracks: “Grace, by definition, is a genuine gift and not a secretly instrumentalized one. Freely it’s given and freely it’s received. It has no purpose, no self-addressed envelope from the giver to send something in return.”

When I think back on my life thus far and how grace has been presented, I don’t think I’ve ever consistently heard the message that grace is a genuine gift and not a “secretly instrumentalized one.” The more conservative iteration of Mennonite faith that I grew up in talked about grace a lot, but usually as a preamble to the more serious business of “accepting Jesus into your heart” and embracing a pretty rigid doctrinal package about who God was, who God wasn’t, who God accepted, who God didn’t, and what this “free gift” actually required.

In the more liberal version of Mennonite faith that I presently inhabit, talk of God’s grace, when it makes an appearance, is the means by which we are “set free” to get busy following Jesus on the activist trail. There are injustices to resist, politics to embrace (or condemn), petitions to sign, rallies to attend. In both cases, grace is quite quickly instrumentalized. The “self-addressed envelope” always demands something in return.

This instrumentalizing of the gift of grace is among the church’s more well-travelled paths. We just can’t seem to tolerate, or even conceptualize, the concept of a genuine gift. We demand progress, whether in personal holiness, theological acumen or social justice. We demand this of our leaders and from the people in the pew.

I know of too many pastors who have walked away or have been driven from the church at least in part due to a highly instrumentalized approach to faith and leadership. I know of too many people who have walked away from the church because they quickly discovered that the word “grace” was a Trojan horse by which to smuggle in a whole checklist of things that this grace demanded.

Way back in 2001, when my wife and I adopted our kids, U2’s All That You Can’t Leave Behind album was dominating the airwaves. One of my favourite songs was called “Grace”; we gave our daughter this as a second name. I would listen to it while marvelling at these two beautiful little lives that inexplicably were now part of my world. There’s a line in the song that says simply, “Grace makes beauty out of ugly things.”

One of the ugly things that I’m convinced that grace can make beauty out of is our relentless human tendency to instrumentalize everything and everybody. We so easily treat one another as means toward ends.

And yet, in Christ we encounter a genuine giver offering genuine gifts. gifts of forgiveness, hope, truth, mercy, judgment and a right-making that goes beyond what we could ever accomplish or imagine. The gift of love. Of course. And not the versions that we are able to muster that never really escape a certain whiff of selfishness.

This love is deep, true, wide and expansive. It’s the love that is the very ground of being. Not the prelude to a theology exam, not the thin justification for a socio-political agenda. It’s a genuine gift. It’s the gift that never stops giving. 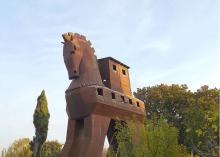