Mother and daughter share a passion for cooking and summer camp 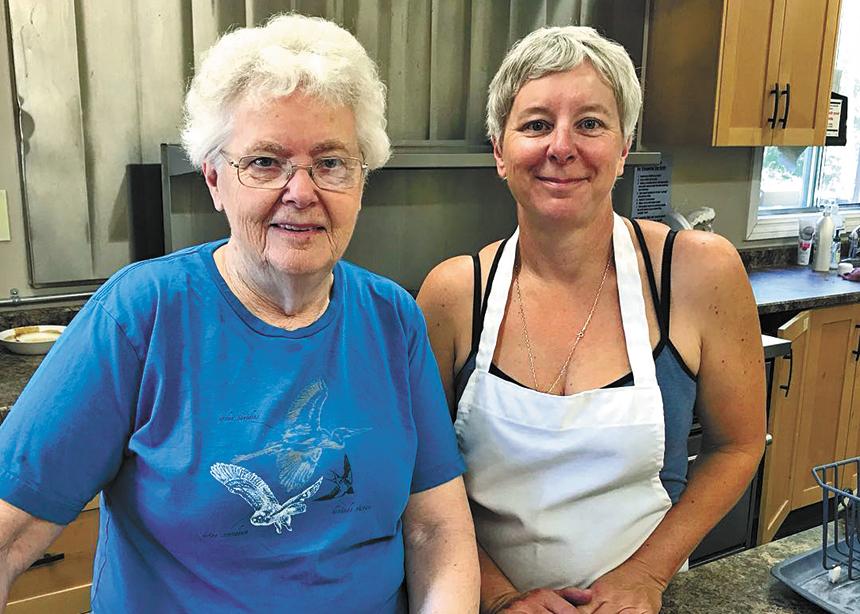 Every summer Melita Penner and her daughter, Denelda Fast, spend a week cooking for summer camp at Shekinah Retreat Centre, north of Waldheim, Sask. They’ve been doing it for 15 years.

In the early years they volunteered for children’s or teens’ camps, cooking for up to 65 people each week. But for the past three years, they’ve cooked for staff orientation at the end of June. Because they’re cooking for fewer people (20 to 25 counsellors and counsellors-in-training) they spend the time between meals giving Shekinah’s chalet kitchen a thorough cleaning.

“We know each other very well and enjoy working together,” says Penner. With regard to cleaning, she says, “We are both organizers.”

Fast agrees. “We both have same thought: ‘If you’re going to do a job, you may as well do it right.’”

When it comes to cooking, though, the women have complementary styles. “I did all the baking, she did the soups,” says Fast. “It’s easier to do things that are within your comfort zone.” Penner admits the differences between them may be generational. “She uses more spices, she thinks I use too much salt,” she jokes.

Since camp menus are the same from week to week, Fast says they create their own menu for orientation week, “so that counsellors have a few different things that they won’t have during the rest of [the summer].”

Certain foods, though, are synonymous with summer camp at Shekinah. Among them are cinnamon rolls and rollkuchen, deep-fried fritters popular in Russian Mennonite kitchens and traditionally served with watermelon. Fast enjoys preparing these foods because she and her mom work together to make them. She enjoys serving them because campers and counsellors love them. “Their eyes get huge when they see the rollkuchen,” she says.

“One of our goals is to have the food ready on time and to have it look and taste delicious,” says Fast. Achieving that goal can be a challenge, however. She says they’ve had to do a lot of problem solving over the years. “When we have a huge crew [to feed] and we have to make do with not-the-right ingredients or not enough of one thing, [we] problem-solve and make it work,” she says.

In recent years they’ve also learned to cook for a variety of food sensitivities. Lactose intolerance, food allergies, vegetarianism and celiac disease have all made an appearance.

“[It’s a challenge] making sure everyone is well fed,” says Fast. “We have to have the gamut of food opportunities for everyone to feel included.”

In spite of the challenges, they both find the work rewarding. Penner recalls an eight-year-old boy coming to them after a meal with a big smile on his face and asking, “Could you write out the pizza recipe so I can take it home to my mom?” She knows food is an important part of the camping experience, and it can make the difference between a bad week at camp and a good one. “If children are homesick and think camp is not a great place, [and] you make a meal they enjoy, [then they are] one step closer to enjoying camp,” she says.

What keeps the duo coming back to camp year after year? “When rolling out dough we laughingly asked ourselves the same question,” says Penner. But she adds, “Christian education for children has always been important to me.”

“It’s hard work,” says Fast, but it’s “rewarding creating something that gives people sustenance and enjoyment.” She adds, “I love Shekinah and believe in the [staff] and the work they do. It’s hard work for them to create an atmosphere of joy and inclusion. We’re helping them in their quest [to do that].”

The women have cooked at camp long enough to see campers grow up to be counsellors and, eventually, workers in their own congregations. They marvel at the energy and commitment of these young adults. Penner says, “I’m always inspired by those who have so much energy to give to the camp.” And Fast adds, “I see the power of the next generation and think to myself, ‘they’re amazing, so open and free, displaying their faith and passing it on to campers.’ ”

At 80 years of age, Penner doesn’t take this volunteer experience for granted. “I’m thankful to God for the ability and energy that he gives me to do the work at Shekinah,” she says.

Both mother and daughter appreciate the time they spend together at camp. They enjoy laughter and conversation, as well as working together companionably in silence, says Fast. Though the days are long, Penner says, “We do get in the odd Scrabble game.” 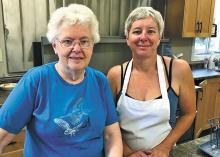 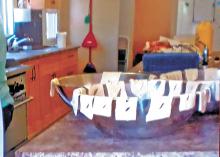