‘God is at work among us’ 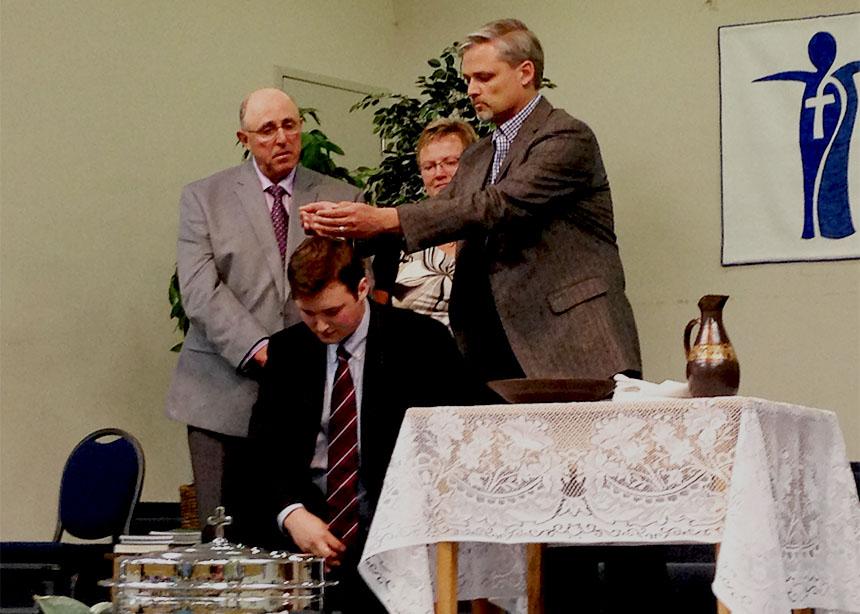 Michael Pahl’s first month as Mennonite Church Manitoba’s new executive minister was a traffic jam of Zoom meetings and a steep drive around the learning curve. Pahl, 50, officially began his role on Jan. 1 and spent several weeks in a rush of year-end reviews, budgeting and planning for MC Manitoba’s upcoming annual gathering.

He is excited to dive into connecting with the people that make up the regional church.

“I have very much a local church focus in how I’m thinking about this role,” says Pahl, adding that MC Manitoba’s identity is not the staff who work in the office, but rather all the churches that make up the conference. “I have made a provisional commitment to have a significant connection with every one of our 39 congregations within the next year-and-a-half or so,” he says. This drive comes from his experience in pastoral ministry, that he says was an opportunity “to see the local church from the inside out.”

Previously he was a pastor of Lendrum Mennonite Church in Edmonton and of Morden (Man.) Mennonite Church. As a pastor, he says he saw life behind the scenes and got “a real sense of the way the local church works, both the beautiful and amazing things, but also the difficult and challenging things.”

Pahl grew up in Coaldale, Alta. attending the local Mennonite Brethren church, but he has lived all over. Before pastoring, he earned his doctorate in theology from Birmingham University in England. He then moved back and forth between pastoring and academics, teaching at Prairie College in Three Hills, Alta.; sessional courses at seminaries in other parts of Alberta; and at a Baptist institution in Ohio.

The old principle “The best way to learn is to teach” proved true for Pahl, whose own Anabaptist convictions grew and solidified out of his teaching and research in the New Testament. He says this careful study will serve him well as he represents the church to the world and supports congregations “in developing and nurturing a strong Anabaptist identity.”

Pahl envisions his next few years of congregational visits as not only speaking from the pulpit, but also across the potluck table and beyond Sunday morning, developing significant connections with members and pastors.

When he first saw the executive minister job posting, he closed his computer and went on with his life. But when he was approached and asked to consider it, he prayed about it and discussed it with his family and the search committee. At each stage, the step felt right, as did the gifts he could bring to MC Manitoba at this time in its history.

“I try to always take those invitations seriously, because you never know when God might be doing something,” he says.

Pahl is excited to explore a question with congregations too: “How [do] people experience God’s presence and work in their lives or through their church or in their community?” He wants to hear what is happening throughout the whole province and help congregations discern how God is moving among them. At the same time, he is eager to zoom out to the bigger picture and ask, “What does that mean for how we move collectively into the future as MC Manitoba?”

Pahl knows where he needs to start directing his attention as the regional church takes those steps forward. There are some difficult things to address, the most urgent being the survival of Camps with Meaning, MC Manitoba’s camping ministry, through COVID-19.

It is also time to revisit the discussion surrounding the Being a Faithful Church process, particularly the question of same-sex marriage and including LGBTQ+ people in the church.

In 2017, MC Manitoba placed a moratorium on the same-sex conversation but made a commitment to return to it in three years. But 2020 came and went without any dialogue on the matter, in part due to the unexpected coronavirus, Pahl says. He says he has been considering, “What is the best way for us, with our congregations and where they’re at, to enter back into that conversation . . . and what kind of end goal might we imagine coming out of that conversation?”

Pahl’s focus extends beyond just the regional church. “I’d like for us to really tackle some of the urgent questions around us coming out of our societal context,” he says, naming climate change and Indigenous-settler relations as two of these.

Although these conversations can’t happen in person right now, Pahl says one advantage of the pandemic is that more people are using technology that enables people to communicate over long distances in more significant ways, something that he plans to utilize to connect more regularly with churches far away from Winnipeg.

An installation service for Pahl will take place over Zoom at MC Manitoba’s annual gathering on March 6. 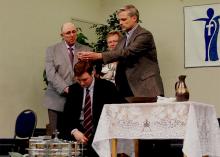