Give a little means a lot

Lessons I’ve learned from talking with more than 125 volunteers 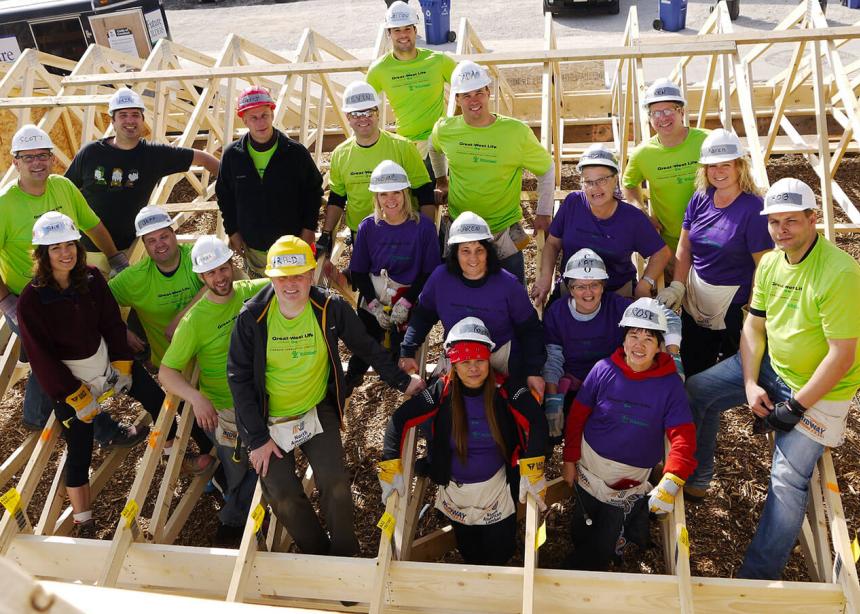 Two-and-a-half years ago, I took over a long-running column that appears in the Winnipeg Free Press. Each week, I write about a different volunteer in the city.

The column is simply called “Volunteers,” but I think my editors should re-name it “People who make Aaron feel lazy.” Often, the people I’m profiling are altruistic all-stars with seemingly superhuman abilities to give. I don’t have the demands on my time that many of them do, and yet I’m not out there knitting scarves for needy school children, coaching people with disabilities to compete in sports, or serving meals to homeless people downtown. The people I interview give and give and give, and then, it seems, they give again.

I have interviewed more than 125 volunteers at this point, and it has taught me a lot about the importance of serving in one’s own community.

Something that the people I interview typically say is, “I get way more out of volunteering than I give.” Some have met new people and made new friends as a result of their volunteering.

Joanne Zahaiko, a 37-year-old woman who has spent the past 22 years volunteering as a coach with Special Olympics Manitoba, told me how she had met all of her close friends through volunteering with the organization. “I’m getting friendships, I’m getting training, I’m getting pure enjoyment,” she says. “The relationships that I’ve made with the athletes and the people I’ve met is incredible. It’s become a social thing for me.”

For some people, volunteering has allowed them to learn new skills. Joanne Machado, a 49-year-old woman who uses some of her vacation time each year to build houses with Habitat for Humanity, got to learn how to use a hammer and a skill saw, as well as how to frame a house. “It’s really hard to explain, but I feel selfish that I can take a week’s vacation and go and build a house,” she says.

Numerous people have told me how volunteering positively affects their mental health.

Sangeetha Nair, who is the founder of an anti-bullying campaign that makes presentations to students at grade schools, was bullied as a young person and attempted to commit suicide five times between the ages of eight and her mid-20s. “Volunteering really helps your mental health,” she says. “You spend your time in a positive way and you get all that positive energy from people you are helping. That really keeps you going and makes you feel that you’re needed.”

Another person says something similar. Carson Hoy is 64 years old and is on long-term disability because of significant spine issues that have left him unable to work. Still, he drives an hour-and-a-half to Winnipeg from the acreage he lives on near the U.S. border so that he can volunteer at an inner city soup kitchen every Friday.

It’s not just adults who are featured in the column. I’ve written about a 12-year-old who collects backpacks filled with personal hygiene products, bottles of water, granola bars and warm clothing for the homeless; a 13-year-old who organizes an annual campaign that collects thousands of dollars of baby formula for Winnipeg Harvest, a non-profit that feeds hungry Winnipeggers; and a 15-year-old with spina bifida who volunteers his time as an ambassador for an organization that helps Manitobans with disabilities.

Writing the column continually reminds me that we all have something to contribute. The people I feature may seem superhuman in their ability to give, but really they are just ordinary folks who have found causes they feel passionate about.

“Volunteering is really important,” says a woman who spoke with me recently. “You don’t have to put in a ton of hours. . . . Even if you can volunteer an hour a week or two hours a week, it helps.” 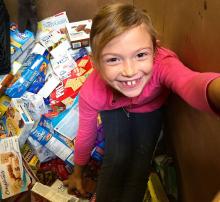 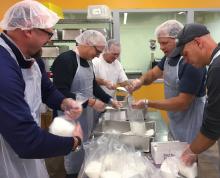