The gift of giving time 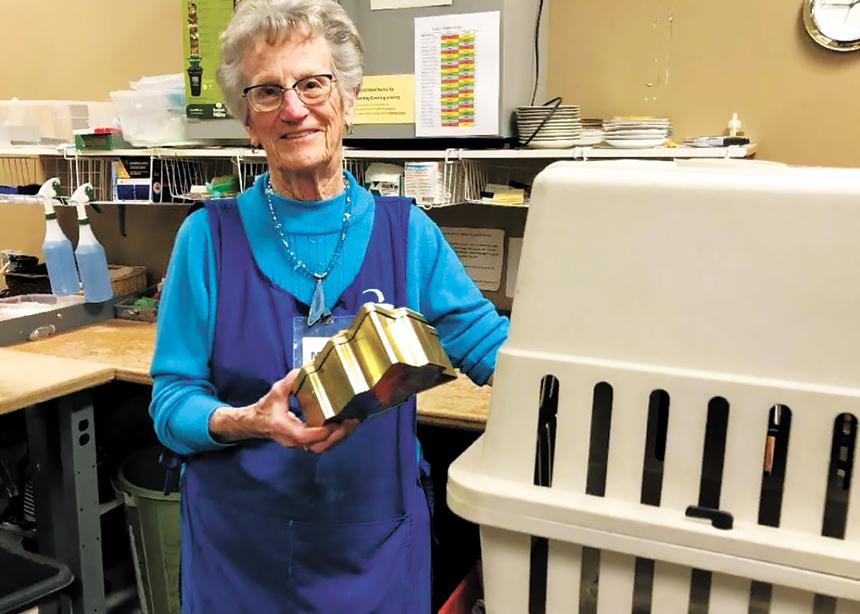 Many people have given their time to volunteering, but few have a record of volunteering for the same organization for 46 years. Margie Steingart has that distinction. She has volunteered for the Christian Benefit Thrift Shop in St. Catharines, Ont., since it opened in January 1974, making her, at the age of 93, the oldest volunteer there.

Steingart worked at the first store that opened on Pelham Road. At that time, several area Mennonite churches each took one month to provide service at the store. As a member of St. Catharines United Mennonite Church, she willingly signed up for her church’s month, becoming a daily manager each Friday.

She was there when a second store was opened in 1975, located on Facer Street. An expansion at one of the two stores occurred in 1985. The store locations changed several more times over the years, until it was decided to combine both stores into one location. This move took place in 2010, and that store is still located on Grantham Avenue.

Steingart was head manager of one of the stores until 2009, which involved scheduling a manager for each day of the week. She was there when a board was established, and she served as a board member for many years.

Having been born in Canada, she was not a recipient of the generosity of Mennonite Central Committee (MCC), which was established just a few years before she was born, and had its first project in Ukraine. But she totally embraced the purpose of thrift stores: to raise funds for MCC; to sell donated items at a reasonable price; and to be a friendly, caring presence in the community.

She did not hesitate to sign up to volunteer all those many years ago. And she is still on the list of volunteers, having thoroughly enjoyed her many hours at the store and being blessed to have given her gift of time. 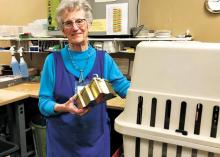