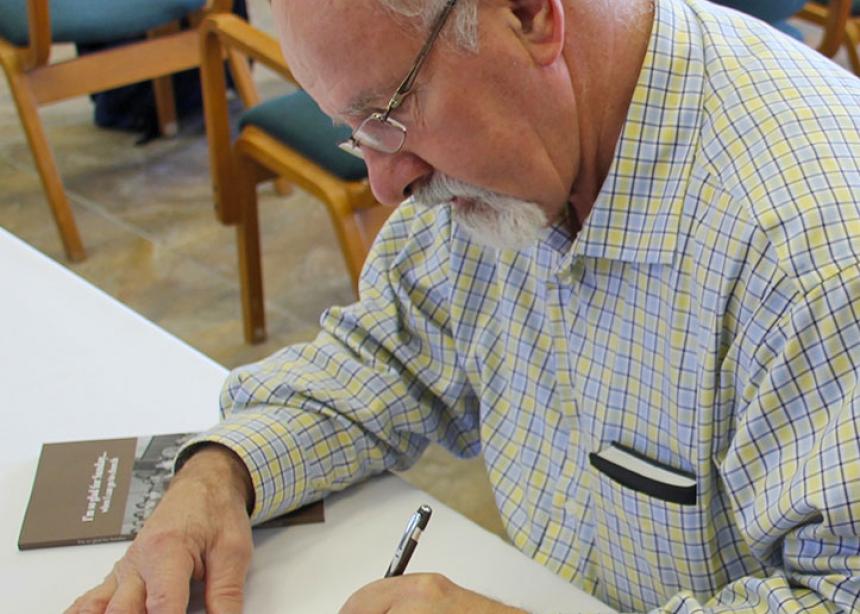 Spurred by requests from his thoroughly modern children to tell them stories of his growing-up years in the Ontario Swiss Mennonite homeland of Waterloo County, Maurice Martin, a retired pastor and area church worker, wrote One Mile East of Edensville and self-published it in 2013. His home on the farm was “the centre of innocence,” as he remembers it.

He has now added I’m so Glad for Sunday . . .  When I can go to Church. The title is based on a song the Mennonite Media Network used as part of its curriculum in the 1950s, when Martin was growing up in the changing and modernizing Mennonite Church of Ontario and Quebec.

Together, the two books open a window into a time about which Russian Mennonite and new Mennonite congregants know little. The whole split between Conservative Mennonites, with their distinctive straight-cut coats and cape dresses, and the Swiss Mennonites, now a part of Mennonite Church Canada, and the internal forces at work leading to that split, are a mystery to most.

Martin does a fine job in this latter book, which is grittier, digging deeper into the story, compared with the nostalgia-driven first book. He examines inclusion/exclusion in the community, both imposed and self-chosen, as well as his developing theological thought and influences. It includes photos by David L. Hunsberger, one of which has Martin singing in a Sunday school choir.

Using the device of creative non-fiction, he remembers his stories as Marvin, with whom he shares a birthday. In this way they are his stories and not those of his family or other community members who lived on a farm a mile east of Erbsville, now in the northwest corner of the city of Waterloo. Martin does not have to be accountable to his siblings who remember things differently. The stories, set in the late ’50s and early ’60s, trace Marvin’s life from Grade 1 to the end of high school.

Martin doesn’t think there will be a third book, as he doesn’t feel moved to write about his years of becoming a pastor. “Others have done that already,” he says.

All 150 copies of the first volume are sold out, but if 10 people ordered it, Martin would do a second printing. Copies of the second can be ordered by e-mail to
mauricem@sympatico.ca. 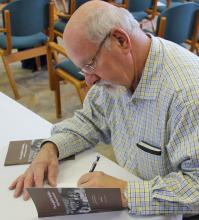 Maurice Martin signs a copy of I’m so Glad for Sunday . . . When I can go to Church.