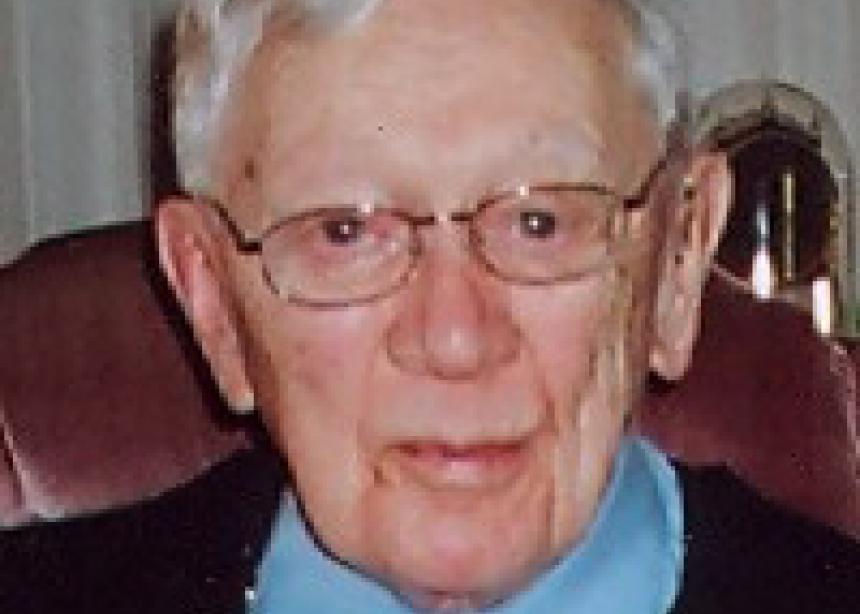 Theodore (Ted) Friesen of Altona, Man., who died at the age of 95, left behind a rich legacy of service to Mennonites in Canada. A partner with his two brothers in D.W. Friesen and Sons (Friesens Corporation since 1976), a printing and stationery business founded by his father, Ted was also deeply committed to the church and its institutions.

He was at the heart of many historic developments in Canadian Mennonite life. In the early 1960s, he was appointed to the Board of Christian Service, a new board of the Conference of Mennonites in Canada. He also served on the Canadian Mennonite Relief Committee, as “a very junior member,” he recalled in his memoirs. The Relief Committee was one of seven agencies that united to form Mennonite Central Committee Canada in 1963, and Ted was appointed to its first Executive Committee, a position he held until 1977.

He was also at the meeting that brought the Manitoba and Ontario Mennonite historical societies together in 1968 to launch a major publishing project. According to the Global Anabaptist Mennonite Encyclopedia Online, “Friesen, together with J. Winfield Fretz and Frank H. Epp, conceived the Mennonites in Canada history project” that resulted in a three-volume work. That project led to the formation of the Mennonite Historical Society of Canada; Ted served on the executive of this national organization from 1968-96, the last decade as president.

Perhaps less well known is the fact that Ted, along with his two brothers, initiated the first English-language periodical for Mennonites in Canada. In 1953, Friesens launched the first issue of The Canadian Mennonite, “an English language weekly devoted to the affairs of Mennonites across Canada.” A message from the publisher in the first issue admitted that “such a periodical will not be a financially profitable enterprise, but we pray that it will be a worthwhile service to our Mennonite brethren everywhere.”

It was not easy to build enthusiasm for the new periodical, recalled Ted in a 1999 reflection on those times, as every year saw a substantial deficit: “We became aware of the immensity of the task before us. The church was changing. It was a period of flux, with the old trying to maintain the status quo and the new looking for change to meet the needs of the times. . . . To speak to the young people, to speak prophetically to the issues of the day, was urgent. Most conferences were somewhat defensive, seeing the paper as a threat to their control. It is not surprising that many of the older generation were less than enthusiastic. But there were also many of that generation who saw the need and supported the paper.”

He recalled the 1950s and ’60s as “exciting years, with the old being challenged and the new structured. The demise of the paper may have looked like a failure . . . but the fact that another paper was started in the 1970s confirms that it was too good an idea to let die.”

Ted’s vision and openness were also evident closer to home. Seeing a need for English-language worship in Altona, he and his wife Linie helped to found Altona Mennonite Church in 1962. He served as church moderator for 17 years, and also as a deacon.

He loved his town and the people in it. He was “a walking oral history” of Altona and the surrounding villages, said son Eric at his father’s funeral.

A conscientious objector during the Second World War, Ted never judged those who signed up, including two of his brothers. Eric recalled his father visiting injured veterans in the Altona Hospital. “Trust my Dad to be both a committed pacifist and a man who opened his heart to those who weren’t.” Ted and his brother John, who enlisted, are featured in a 2002 National Film Board documentary, The Pacifist Who Went to War.

“Dad was a thorough-going Mennonite, but he looked outward,” noted Eric. “His faith was one of openness . . . alive and changing to the very end of his days.”

Margaret Loewen Reimer is a niece of the late Ted Friesen and was an editor of the Mennonite Reporter and Canadian Mennonite for many years. She retired in 2005. 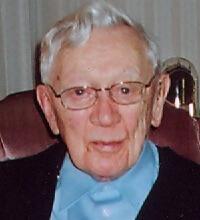