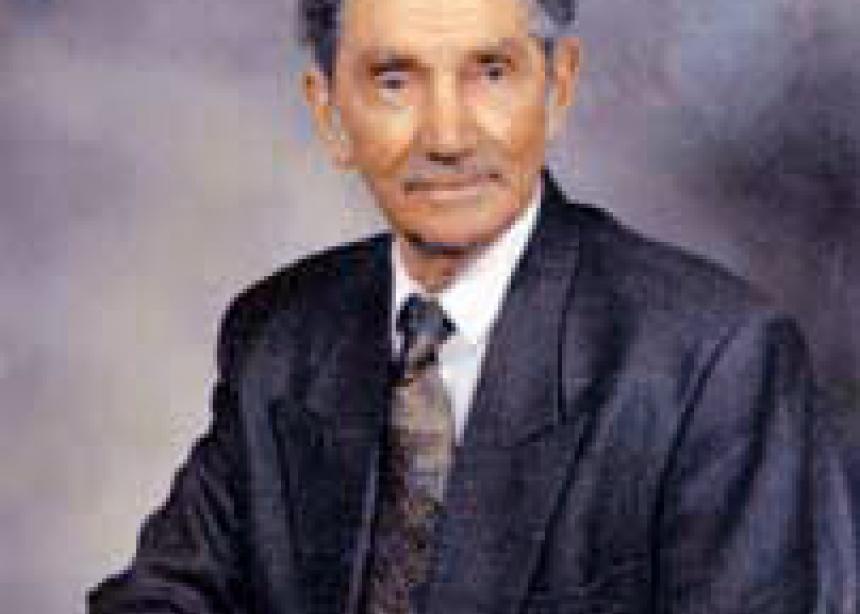 Siegfried Bartel, the former German army officer who became an ardent advocate for peace and an influential Mennonite figure in Canada, died at the age of 101.

Siegfried Wilhelm Bartel was born in Prussia, now Poland, into a successful Mennonite farming family. Pacifism had ceased to become important to the Prussian Mennonites, and Bartel voluntarily enlisted in the German army in 1937, before the start of the Second World War. He moved up the ranks quickly. During the war, he was wounded twice and was awarded the Iron Cross for bravery.

On Christmas Eve 1941, when he and his men in the front trenches heard Russian soldiers singing the same Christmas carols that he sang at home, something in Bartel changed. In his 1994 book, Living with Conviction: German Army Captain Turns to Cultivating Peace, he wrote, “Now I was hearing Russian soldiers singing about the birth of Christ. Were those enemy fighters also remembering warm family times as they sang? . . . Later in life I realized, ‘My pacifism, which I cherish so much today, may have been born at that moment.’ ” His true peace convictions would take many years to come to maturity, however.

What Bartel described as his “darkest hour” came in 1943, when his reserve unit had to deal with partisan units fighting against German forces behind the front lines. A young man in the village was arrested for conveying information to the partisan units about the military’s movements and activities. Feeling he had no other choice, Bartel gave the order to have him arrested and later executed. “Little did I know that the guilt and pain of that action would go with me throughout the rest of my life!” he wrote.

After Germany’s defeat, Bartel had plenty of time to reflect on his wartime experiences. “People on the winning side seldom review; they are the winners, they are the heroes,” he said in a later interview. “If you are on the losers’ side, people look on you as criminals. But we were doing exactly the same thing. I asked myself a number of times, what exactly Jesus expected of me.”

After the war, Bartel managed a farm in Germany for several years. With the help of Mennonite Central Committee (MCC), he and his wife Erna, whom he had married on Dec. 23, 1939, immigrated to Canada in 1951 with their four sons: Gerd, Reinhard, Christoph and Alex. The eldest son, Siegfried, had died at age three in 1944. Two more sons, Dietrich and Martin, were born in Canada.

The family settled in Agassiz, B.C., and began 30 years of dairy and crop farming. They became active in the community as they worked and raised their family. Bartel served 14 years as a trustee on the Agassiz-Harrison School Board, and also served one year as chair of the Fraser Valley Board of School Trustees. From 1980-84 he was a member of the Parole Board of B.C.

In 1966, Bartel became involved with the Mennonite Benevolent Society. He was elected as a member of the executive of MCC B.C. in 1970, representing the Conference of Mennonites in B.C., where he would remain until 1988. Bartel began as MCC B.C. chair in 1971, which necessitated also serving on the boards of MCC Canada and MCC Binational.

When MCC Canada was dealing with the issue of capital punishment in 1972, Bartel had to come to terms with his role in war and particularly the execution he had ordered.

Wayne Bremner, current executive director of MCC B.C., wrote to staff following Bartel’s passing: “Siegfried gave a significant part of his life to MCC and has significantly shaped MCC through his leadership at various board tables, MCC B.C. in particular. . . . It was an honour to have Siegfried release the doves and turn the sod at the groundbreaking for the MCC Centre in June of 2013, and participate in the ribbon cutting a year-and-a half later.” 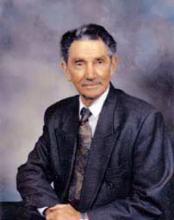 The legacy left by Siegfried Bartel is a long and deep one. We owe a deep sense of gratitude to him. Thank You all!

English translation:
Rest in peace. If there should be a place where we will meet each other again, then you might meet my grandfather Wilhelm Beuttel, your former neighbour and friend from Reichfelde in the district of Marienburg (West Prussia). You will certainly have much to talk about.