There are currently 41 forest burial sites across Germany with at least five more opening this year. 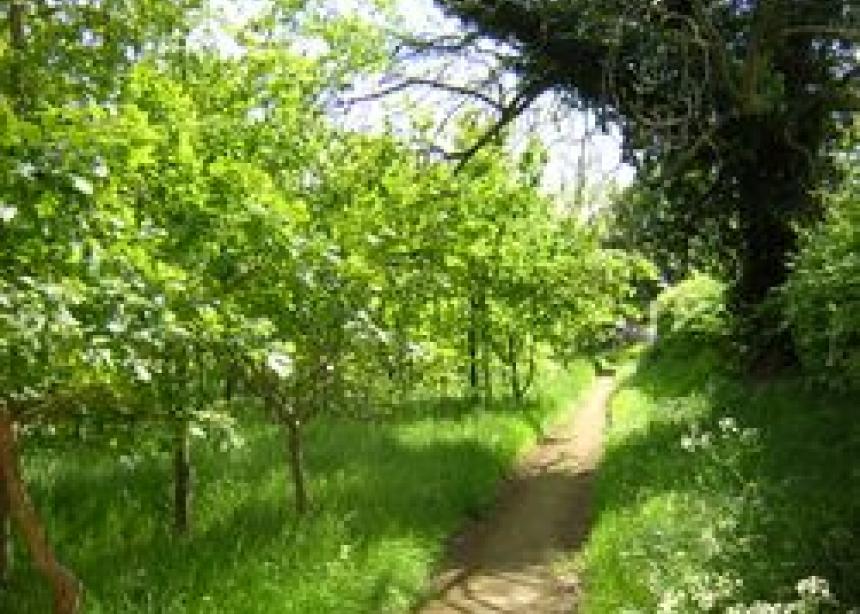 For the last decade, some Germans have tapped into their nation's feelings for its ancient forests and chosen a final resting place in a woodland gravesite. Churches used to frown on the practice but now "friedwald" ("peaceful forest") rites are becoming more accepted.

There are currently 41 forest burial sites across Germany with at least five more opening this year, according to FriedWald, the company that manages the forest burial grounds along with local governments and forestry commissions.

Its increased popularity is due to several factors -- gradual acceptance of alternatives to conventional burial, such as cremation; desire for less-expensive options than traditional funerals and a hunger to re-connect with the natural world.

"The atmosphere in the friedwald is wonderful," said Lutheran pastor Thomas Strege who has led woodland funerals and memorial services, in an interview. "The family members are in the middle of nature, in a way at the origin of life. The circle of life from birth to death ends in the midst of mother earth."

"There is a very strong connection with the forests in Germany," said Corinna Brod, spokesperson for FriedWald. "We have wonderful woods full of secrets and stories which are very important for us Germans."

Germany's woodlands have long held a special cultural significance, with some historians citing the Battle of Teutoburg Forest, when Germanic tribes ambushed and fought back Roman invaders, as a key event in the formation of the country's identity. The battle was a popular subject for 19th century painters of the German Romantic Movement, which drew heavily on the forest as a theme for visual arts, poetry and literature.

The country also has a strong tradition of forestry, which has roots stretching back as far as the 16th century and remains an admired discipline today, particularly in the context of the modern environmental movement.

Those planning a friedwald burial pick out a tree under which the ashes of the deceased are interned in a biodegradable urn. Respecting the forest's natural state, mourners may not leave flowers or candles and there are no headstones.

Instead, the tree itself provides a marker for the grave, with or without a plaque attached to the trunk, according to the wishes of the deceased or the family. While some gravesites are totally unmarked, the company keeps a list of all burial locations.

Reinhard Mawick, a spokesperson for the council of the Protestant Church in Germany, was part of a committee considering funeral customs that earlier this year visited a friedwald site in the Reinhardswald forest, said to have inspired the Brothers Grimm fairy tales.

"Many people had the impression that FriedWald company ... is now much more compatible with the Christian burial culture than it was when it was founded, because a burial in a friedwald no longer means a virtually anonymous burial," Mawick said in an interview. Their visit took place soon after the 10th anniversary of the first friedwald site.

"Personally I was very impressed by the visit and began to think about whether it might be a good option for my parents, since my siblings and I no longer live where we grew up and a friedwald would be a good alternative for us," Mawick added.

Strege says that Christian funerals at forest gravesites are a growing trend, partly because FriedWald offers a reasonably priced service and allows the grave to remain undisturbed for 99 years compared to traditional graveyards that only lease a plot for 25 years.

Although FriedWald does not keep records of its customers' religions, the company estimated that around half their funerals are Christian (both Protestant and Catholic) and they say the service is also popular with Buddhists. 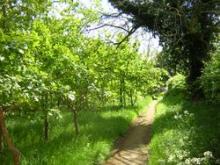