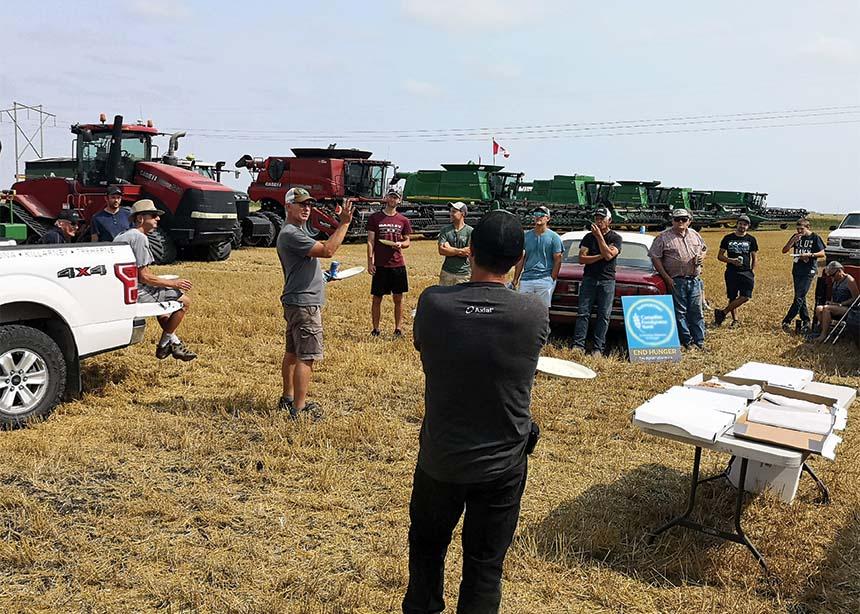 The coronavirus has intensified a multitude of world issues, including hunger. The United Nations’ State of Food Security and Nutrition in the World report revealed a big increase in the number of people facing hunger in 2020.

But the Canadian Foodgrains Bank, a non-profit organization of church-based partners, is continuing to work at its goal of ending global hunger. This is thanks in part to communities involved in hundreds of growing projects across Canada. Every year, farmers and friends plant, tend and harvest a crop, the proceeds of which go to the Foodgrains Bank.

While weather is always a fickle friend and foe to farmers, the extreme heat and drought across Manitoba made this “a really challenging year,” says Gordon Janzen, Manitoba and northwestern Ontario’s representative for the organization. However, spotty rains in the summer and 38 growing projects spread throughout the region meant “there was a huge variation in yield,” he adds.

Kevin Nickel, coordinator of the Common Ground Growing Project near Rosenfeld, Man. and a member of Seeds Church in Altona, Man., was surprised at the success of their wheat crop. In combination with market prices that were much higher than normal, their average crop brought in roughly double their typical total.

Nickel says being able to use the equipment and skills they already have to plant a seed in the ground and receive a bounty in return, which is then matched by the government, is meaningful. “Trying to alleviate hunger in the world, there’s no more fundamental or common effort that one could work towards,” he says.

Janzen says that, “in a lot of ways things have continued on in the same way as last year—with a pandemic not as many in-person events—but people are still being very creative and generous. We’re really thankful for that kind of support.”

The money raised by the hard work of the growing projects’ participants will have a big impact.

Charity Intelligence, an organization that researches Canadian charities in order to help donors make informed decisions, recently named the Foodgrains Bank as one of the Top 10 International Impact Charities in Canada in 2021. In addition, Harjit Sajjan, Canada’s minister of international development, announced on Dec. 6 that the Foodgrains Bank will receive $75 million over the next three years from the Government of Canada to fund emergency response projects, a testament to the organization’s effective work. 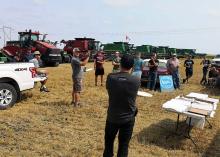