Some donors and farmers reconsider their contributions to food relief organization 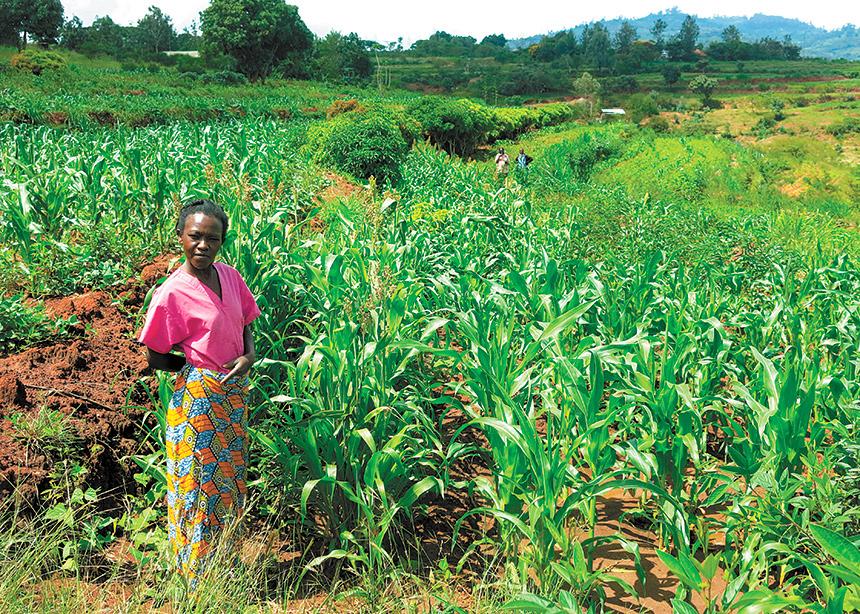 The Hill Times, an Ottawa newspaper aimed at political insiders, wanted articles on global food issues. The Foodgrains Bank helped arrange for such articles by contacting outside writers. A staffer then re-tweeted one of the articles, noting a tie-in to the Foodgrains Bank. The article said, “Canadian agriculture relies heavily on fossil fuels,” and, “the whole world pays a price for Canada’s greenhouse gas emissions, including some of the poorest regions of the world.”

Some Foodgrains Bank supporters saw this as an attack. And Twitter was there to field their grievances.

“Wow, guess I better rethink where I donate,” tweeted one farmer. “I think a reply, retraction and apology from [the Foodgrains Bank] is appropriate,” tweeted another who also contemplated reduced support. “You’ve earned the respect of mainstream agriculture. Don’t blow it,” wrote an Ontario farmer and former professor. Even the previous federal agriculture minister, Gerry Ritz, weighed in: “Who is running Foodgrains? They seem desperately out of touch with who actually does the work to supply them.”

Of course, Twitter will be Twitter. Jim Cornelius, the Foodgrains Bank’s executive director, posted a response online stating that the article didn’t reflect the organization’s policy, and the tweeters moved on. But underlying tensions remain.

The Foodgrains Bank—which serves as one of two primary channels for Ottawa’s funding for food assistance, and has indeed earned the respect of mainstream agriculture—stands between a group of people whose thin livelihoods are further threatened by climate change and, on the other side, well-to-do Canadian farmers who may or may not believe that climate change is happening, is caused by humans or is exacerbated by Canadian agriculture.

As reported by CBC in April 2018, an Abacus Data poll found that on the question of whether “human-caused climate change is real,” 38 percent of Canadians believe the evidence is either inconclusive or non-existent. I expect the percentage among farmers is well north of 38. But that is both a guess and an oversimplification.

A greater sticking point may be that most people who raise climate concerns—including the writer of The Hill Times article—do not demonstrate an understanding of Canadian farmers. In an urbanizing world, farmers tend not to feel understood or appreciated. This sentiment runs deep.

Farmers also tend to be independent. Add to that the fact that they are indeed dependent on fossil fuels. Then add wealth. Most “family farms” are multi-million dollar businesses. And they give millions to the Foodgrains Bank.

Finally, throw in some religion and good old-fashioned animosity towards Prime Minister Justin Trudeau and the tax-happy easterner who probably could not tell a combine from a swather, and you get a good-hearted, independent-minded, misunderstood minority with a lot to lose not taking well to urban desk riders telling them they are contributing to global hunger instead of “feeding the world.”

But that is not to say farmers do not notice and respond to climatic realities in their own practical ways. A climate denier is much more likely to be on the bill at a farm conference than David Suzuki, but there may well also be workshops on practices that reduce what others might call climate impacts. It’s complicated. And volatile.

One can see why the Foodgrains Bank retreated with haste, deleting its tweet about the article. But it can only retreat so far.

Farmers it works with overseas repeatedly tell the organization that the climate is changing. Partner organizations, which have a broader view than individual anecdotes, say the same thing. Cornelius notes in a phone interview that the Foodgrains Bank also compares these observations with available data, and this has created a “consistent” picture.

When it comes to climate impacts, the Foodgrains Bank has a front row seat. One of its pamphlets on the matter is blunt: “Climate change is causing suffering among the people we work with—people whose lives depend on growing food in an increasingly precarious climate.”

While one farmer and Foodgrains Bank supporter I spoke with was clearly uneasy with this sort of language and the “anecdotal” evidence behind it, Cornelius does not back away from it in any way, saying the Foodgrains Bank has an “obligation” to share stories of how climate contributes to hunger.

But he says the organization leaves it up to others to decide how to respond. While he says there is important work to be done in terms of mitigation, the Foodgrains Bank’s intentional focus has long been on how to help farmers abroad adapt to climate change. That is the organization’s area of expertise and the area in which it feels it can be most effective. It does not tell Canadian farmers how to farm.

Cornelius notes that such a focus would “create a lot of division among supporters.”

The chosen approach is pragmatic, perhaps in keeping with a very pragmatic constituency.

In some ways, the Foodgrains Bank and its donors walk the same fine line we all do. We fear losing what fossil fuels offer us. We cannot begin to imagine it. Whether we hide behind climate scepticism or bold calls to action, we almost all seem to avoid truly significant change. And the finest line may be convincing ourselves we are still generous and caring. 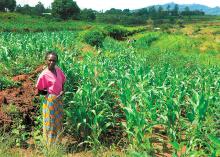 I commend Jim Cornelius for walking that fine line. Whether we believe the evidence of climate change is anecdotal or scientific, evidence is evidence. Whether we believe climate change is man-made or not, change is happening. I think it is always healthy to question the way we do things, even in the farming world. And if it means we might have to make a change for the sake of this planet, then we seriously need to look at how we can make that change. God instilled us as stewards of his creation, and it is important that we take that job very seriously.