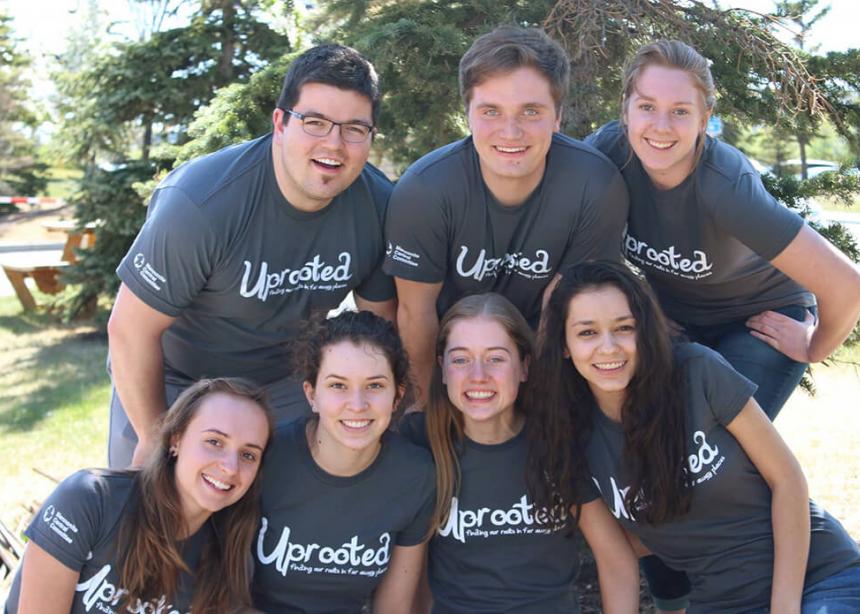 That’s the question I asked myself during Uprooted, a three-week learning tour for young adults through Mexico, Guatemala and Arizona that took place in May. Organized by Mennonite Central Committee (MCC) Alberta and MCC Saskatchewan, the tour looked at issues surrounding migration in Central America and peacebuilding projects in the region. Our first week was in southern Mexico and Guatemala, our second week was spent in and around Mexico City, and our last week along the Mexico-U.S. border.

Throughout our journey, we followed the general path of the migrants who make their way from Central America, through Mexico and into the U.S. We visited migrant shelters, listened to the stories of these people and tried to grasp the complexities of what was going on. These people’s stories will stay with me for a long time.

Many of these people are fleeing injustice and violence in their home countries. I’ve always been vaguely aware that this was going on, but I never realized how the violence and injustice these people experience is driven by economics, and how much Canadian and American economic interests have to do with it.

The North American Free Trade Agreement (NAFTA) is an agreement between Mexico, the U.S. and Canada. Canadians either hate it or embrace it, but it has helped our economy to reach new markets throughout North America. In Mexico, it has had a much more dramatic effect.

A major part of NAFTA is that it allows Canadian and American companies to move to Mexico and use cheap Mexican labour to reduce production costs. The factories, or maquilas, pay an average of between $400 and 500 pesos, or C$30 to C$35, a week for a 60-hour work week. When we were in Mexico, we lived one day on a maquila salary. We ate cheap bologna sandwiches and still went over our money limit for the day. While these maquilas offer many jobs, they do not provide living wages.

In Guatemala, we visited Marlin Mine, a gold mine operated by Goldcorp, a Canadian company. We heard stories about how the mine has negatively affected the community of San Miguel. The mine uses cyanide to separate gold from the rock and uses massive amounts of water to wash it out, effectively poisoning the drinking water. This hit me at a personal level. I have received Goldcorp stock shares from my grandfather in the past, as a means of getting me interested in the stock market. I have benefited from the company, and it from my investment.

This bothers me. After seeing all of this economic violence and injustice, it makes me question my own Anabaptist convictions: What does it mean to be economically just or nonviolent? What does it look like to work for peace economically?

It is easy to get lost in the vast depths of economic injustice around the world—from the production of the clothes we wear and the food we eat, to our electronics—but it is important to do what we can to counter this injustice.

I compare it to the physical violence that we see around the world, and how I respond to it. Just as I stand against violence, or try to learn more about different conflicts in the world and try to work for peace, I try to learn where the money I spend goes and the effect of my purchases.

But how can we become, in language familiar to our Anabaptist experience, “economic peacemakers,” “conscientious objectors to economic injustice” and “just consumers”?

When we were in Mexico, we visited Cafe Justo, a coffee cooperative that allows poor farmers to remain independent by selling their coffee directly to the United States, rather than joining major coffee corporations. This sort of direct- or fair-trade system works well and the fair-trade coffee market has really taken off recently.

While such products are not always available, they can help us become just consumers. Where the products we buy are not sold through fair trade, organizing fair-trade markets can be the work of economic peacemakers. Finally, refusing to buy from major department stores can help us to become conscientious objectors to economic injustice.

The next time I buy something, I’ll be sure to think about where it came from, where my money is going and whether it is a just transaction.

Andrew Brown, 23, lives in Winnipeg, where he is a member of Charleswood Mennonite Church. 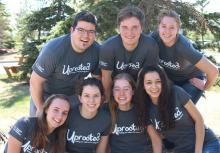 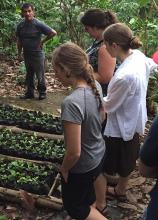 Loved most of this article! My co worker brought it to my attention. I have worked for Ten Thousand Villages for over 12 years and have visited many people we work with through a fair trade business model. Yes, fair trade DOES make a difference. I speak to many groups about fair trade. I loved that he could "connect the dots." Think about what you are voting for with your money.
That being said, I would strongly advise Andrew and his friends to take a good look around, as there are MANY places offering fair trade products. Ten Thousand Villages, of course, has not only consumable products but also works with the very poor who don't own land and are talented makers of beautiful crafts. One can also go to MCIC website for a listing of who in Manitoba sells ethical and fair trade products. Also, check out the coffee and chocolate in Supervalu or Safeway. They have some fair trade certified products there too. Level Ground coffee is available in Costco. It's easier to make that ethical purchase decisions than you think :)