Flipping on the pastor switch

Once a reluctant church leader, Amanda Zehr hopes for a future in ministry 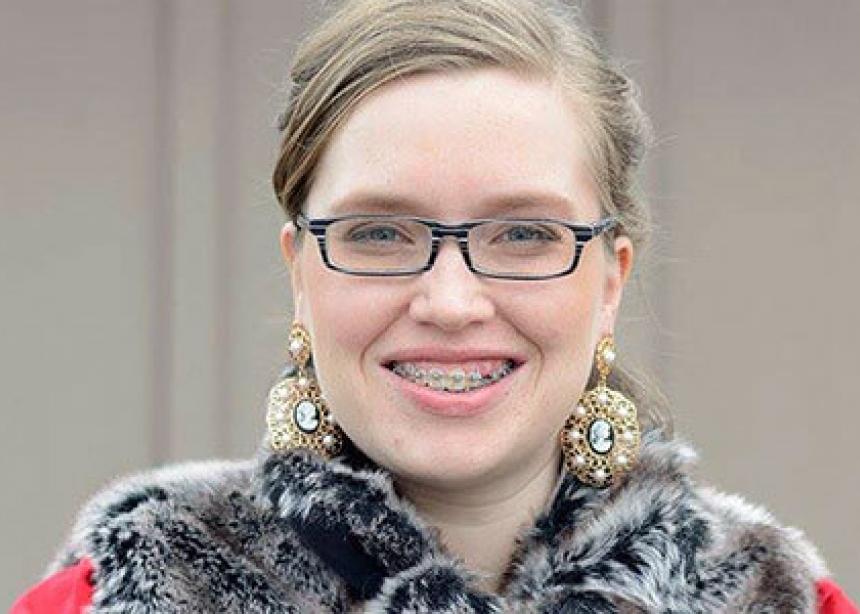 Ask Amanda Zehr what her favourite Bible story is, and she points to John 9, where Jesus heals a blind man.

“It really questions who the blind one is,” says Zehr, associate pastor at Listowel Mennonite Church in southwestern Ontario. “In the end, it was the spiritual leaders who were blind, not the actual blind man. That [story] is important to me as a reminder to see things clearly.”

Zehr hasn’t always seen things as clearly as she would have liked. The 29-year-old grew up at Zurich Mennonite Church in the same part of the country and was 16 or 17 when the lead pastor there suggested she could be a pastor some day. “It was mostly a reaction of denial,” Zehr says of her initial response. “It was quite a long time before I said yeah, this is good. This is a calling.”

Growing up, Zehr always took church seriously. She was baptized at 13 and recalls feeling safe at church. “I can remember feeling just as familiar and safe in the church building as I did in my own home,” she says.

The summer after she graduated from high school, Zehr took part in !Explore, a theological program for high school students during which they study at Associated Mennonite Biblical Seminary in Elkhart, Ind., and then spend a month working as interns in their home churches.

After that summer, Zehr went to the University of Waterloo, Ont., where she lived at Conrad Grebel University College. She earned a degree in recreation and business studies, and became heavily involved in the chapel program at Grebel during her third year, when she served as a chapel leader and helped organize the college’s weekly chapel services.

One of the first times Zehr ever preached was during one of those services. “I was surprised at how much I enjoyed that leadership aspect of the chapel program,” she says.

Zehr got another taste of ministry during her final year of undergraduate studies when First Mennonite Church in Kitchener, Ont., was looking for an interim youth pastor, and someone at Grebel suggested she look into it. She agonized over whether or not to apply.

“I knew pastoring is an important role,” she says. “Even if it’s an interim youth pastor [position], you’re a pastor and [it’s] not to be taken lightly if you have that role and that title.”

Zehr recalls sitting in her office at Hillcrest one day and realizing that she wanted to be a pastor full-time. While she had initially shirked off the calling as a high school student, her experiences since then had created a desire in her to dive all the way into pastoral work.

After earning a master of theological studies degree at Grebel, which included an eight-month ministry placement at Preston Mennonite Church in Cambridge, Ont., Zehr applied for her current job in Listowel.

Zehr has worked at Listowel Mennonite Church for a little more than four years, and says connecting with young people is her favourite part of the job. Pastoral work can be challenging because the results aren’t always tangible or obvious, but Zehr recalls the day a teenager in her junior youth group came up to her and said, “I was reading my Bible, and I don’t understand this part. Can we talk about it?”

“That was a really good moment for me,” Zehr says. “It showed they were comfortable enough with me that I was someone they could ask [for help].”

Being able to work with Norm Dyck, the lead pastor, over the past four years has been formational for Zehr. Participating in Mennonite Church Eastern Canada’s Transitioning into Ministry (TiM) program, which brings beginning pastors together for two retreats each year and for regular face-to-face coaching sessions between retreats, has also been important.

“I cannot speak highly enough of the TiM program,” she says. “That program has helped me process things about being a new pastor, and to get to know people in a similar place in life.”

Zehr recently announced her resignation from Listowel Mennonite, and will end her time there in July. She isn’t sure what comes next, but feels called to move to the Kitchener-Waterloo area. There are not a lot of open pastoral roles there right now, so Zehr isn’t sure what the move will mean for her work life.

No matter what sort of work she does after July, though, Zehr hopes to return to pastoral ministry at some point. “I feel like a switch has been flipped on within me—the pastor switch,” she says. “It’s on now. You can’t really turn it off.”

More stories about the journey to ministry:
Remade from the inside out
Outside his comfort zone
Letting Christ abide, from Saskatchewan to Gambia
Prodigal pastor
From Mexican Quaker to Canadian Mennonite
Called to be a part of the church 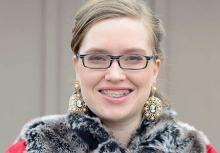 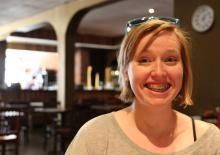