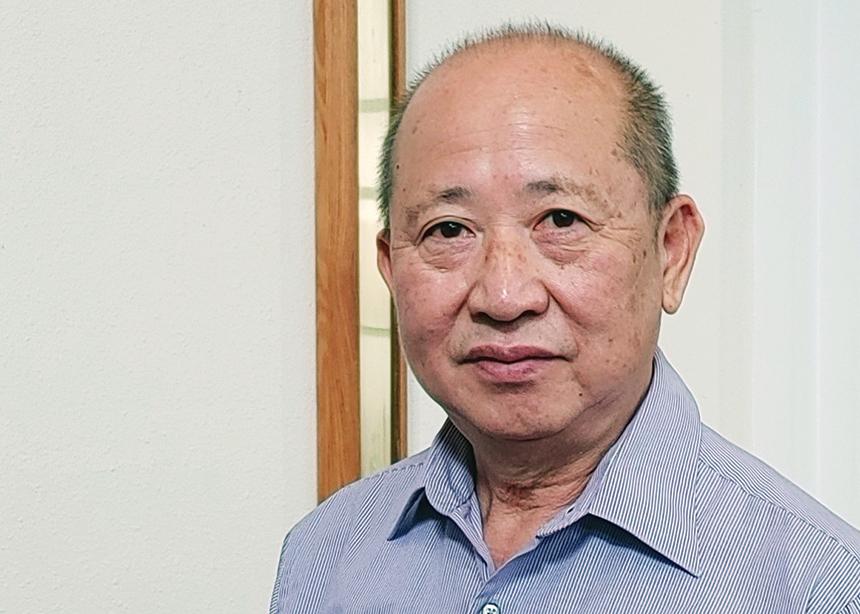 A quiet, years-long journey. A voice speaking in a mosh pit full of teenagers. A love for the church. An unexpected second career. These are just some of the ways that Mennonite Church Canada pastors from across the country entered into pastoral ministry. Pastors shared with Canadian Mennonite their stories of pastoral calling and what keeps them in ministry. There are stories of joy and heartache; doubt and faithfulness; and, ultimately, of God moving in the lives of individuals to serve the church.

For Martin So, the pastor of Vancouver Peace Church located in the Chinatown area of Vancouver, British Columbia, the desire to serve God in ministry began with his own conversion and baptism in 1979 while living in Vietnam.

“After I became Christian, I trained to teach Sunday School,” he says. “God gave me a chance to share with the congregation, to share the Bible, and a chance to preach in different churches. I felt that I wanted to serve God more [in pastoral ministry]. This was something in my heart, a burden. I knew it would be uncomfortable if I didn’t serve in ministry.”

That friction of both a longing and burden followed him from the year he spent in a refugee camp in Malaysia to when he came to Canada in 1989. For the next 25 years, So continued to work and save money, serving in his church as a lay leader, all while keeping this longing for ministry in his heart.

In 2014, the pastor of Vancouver Peace Church retired. The deacons of the church encouraged So to take on the pastoral ministry and, in 2015, he joined the pastoral staff.

Now, at age 65, the same patient faithfulness that brought him into pastoring anchors him there still.

“I have to be faithful and patient to help the congregation and reach out to seniors,” he says. “We have a senior program every week, and 2 to 30 seniors come every Thursday. Not all of them are Christian. I preach to them and help them to know Jesus and how to live in Jesus. Many of them are over 80 years old.

“One reason I’m in ministry is that God is calling me, so I need to be faithful and patient in this ministry. Before I retire, I want a younger person to come and carry the ministry forward. I am wanting to see this through,” he says.

Gary Peters and Margaret Ewen Peters’ joint call into ministry came from within their home congregation and altered the path of their livelihood and their young family.

The couple were serving as part of a robust team of lay leaders at Hanley Mennonite Church in Saskatchewan. When the then-pastor, Henry Peters, announced that he planned to retire in a few years, the church decided to call a new pastor from within. Several names were put forward, and the candidates spent the next six months serving, preaching and discerning together.

By the end of the six months, the Peters became lay pastors. When the couple expressed a desire for more theological training, the congregation supported them in various ways to attend what was then Canadian Mennonite Bible College, including running their cattle and grain farm for eight months each year.

“There’s pluses and minuses [to being called from within]. It’s really hard for your friends and for you to make that move to become ‘the pastor,’” says Margaret. “It’s hard on both sides—to take that authority and hard to give that authority.”

Gary adds: “Being called from within you know the congregation well. You know the families and the relationships. At the same time, it can colour how one responds to things. A lot of grace was extended to us.”

For the Peters, pastoral ministry remains the place of calling.

“We haven’t received any other call, any other voice saying, ‘Do this,’” says Margaret. “The other thing that has enabled us to be in ministry for so many years is working together. Gary brings presence and stability. I’m like: ‘What new things can we do!?’” she says with a chuckle.

“We help each other grow and challenge one another,” adds Gary.

“I had a voice-from-God kind of moment in this mosh pit full of sweaty teenagers, saying ‘Go into ministry!’” says Annika Krause, who has pastored for two years at the Mennonite Fellowship of Montreal (MMF) in Quebec. “It was this clear moment. I think God knew I wasn’t paying close enough attention to hear it any other way.”

Krause didn’t have ambitions for ministry, but found herself prioritizing her church volunteer work around her undergraduate classes. With discernment and encouragement from people in her life, she pursued graduate studies at Anabaptist Mennonite Biblical Seminary (AMBS) in Elkhart, Ind.

“What I loved about AMBS was that students there could argue until they were blue in the face, and then have potluck meals together,” she says. “There were lots of perspectives and places to debate while in community.”

Her experience at AMBS, along with her own journey through church conflict, equipped her for her role at MMF.

“I think that at MMF a significant portion of people have been hurt by the church,” Krause says. “We’re a diverse group, and a group who has agreed to disagree well. They listen well. A lot of people coming to the church have previous church trauma. God has used conflicts that I’ve experienced in my call. It’s helped me to relate to people who are shy about church or are leery or anxious.”

And it is those same people who keep her in ministry through all the challenges of moving across the country and learning a second language.

“The people hold me here. I love this community,” she says. “It has nothing to do with me, everything to do with them. Wonderful open-minded people who are not afraid of new things, a community that welcomes creativity.

“It’s harder than I thought it would be, and amazing in ways that I would not have predicted. The trust that people put in me is such a blessing—it’s amazing how much trust I’m afforded in this role. I often pray, ‘God make me worthy of their trust,’” she says.

For Justin Majeau, pastor of Morden Mennonite Church in Manitoba, the work of ministry is secondary to the work of all followers of Jesus.

“The question of how I was ‘called’ into ministry is one that I don’t really like answering,” he says. “I don’t want to take the Lord’s name in vain. What I’m most fearful of is attributing stuff to God that he didn’t do.

“Was I called? Am I called? A question like that hasn’t taken up much of my mental space. I know I’m called to love Christ and to love others; secondary is the ministry,” he says.

Majeau has been in youth and pastoral ministry for the past 15 years, and wrestles with the tension of enjoying his work and the stigma that comes with pastoring.

“Sometimes, I am embarrassed to be a pastor. It makes everything odd,” he says. “I am the black sheep in my family. I don’t even get introduced at dinner parties; I carry that embarrassment.”

“As church and society shift, paid, full-time vocational ministry might not be the wave of the future. I do find it disheartening that people feel that they don’t have a ‘real church’ unless they have a paid pastor. But I’m a pastor because each day is new. I love waking up, learning something, meeting with someone. I love the Scriptures. Each new morning that I get is what keeps me in ministry,” he says.

“Churches should provide opportunities for people to serve in significant ways,” says Bill Christieson, pastor of Foothills Mennonite Church in Calgary, “and give people the opportunities to lead. I’m talking about leaders versus volunteers. It’s good to invite a diversity of voices from the pulpit. When people discover a passion, and the church comes around to equip them, that grows leaders.”

It was leadership opportunities like the ones he now champions that led him into ministry. After becoming a Christian, Christieson soon began serving on the leadership team in his home congregation. His entry into pastoral ministry was, in his words, “a natural progression over the years.”

He has served in five churches in two different denominations, and it is his belief in what the church can do and be that anchors him here.

“When I see that churches are being those who embody reconciliation, that’s fundamental. How do we live into those things, and be that essential part of our communities? By giving life and hope in our neighbourhoods.”

Related stories:
Finding and calling a pastoral leader
What is the future of Mennonite church leadership?

1. Have you ever felt a sense of calling from God? How certain did you feel about it? Did you test this call with others? How important is a sense of call for pastors? Can you think of examples where you think a pastor may have misinterpreted the call from God? If a pastor is chosen by lot, does that make the call stronger or weaker?

3. Gary and Margaret Ewen Peters were called to pastoral leadership from within a congregation. What are some of the advantages and some of the challenges for a pastor to serve from within their own congregation? Why do you think Mennonites have tended to move away from this model over the last 100 years?

4. “As church and society shift, paid, full-time vocational ministry might not be the wave of the future,” says Justin Majeau. What do you see as the pastoral ministry of the future? Do you agree with Christieson that the church has an important role to play in providing hope to our neighbourhoods? 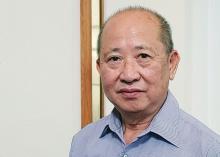