Finding the strength to keep going 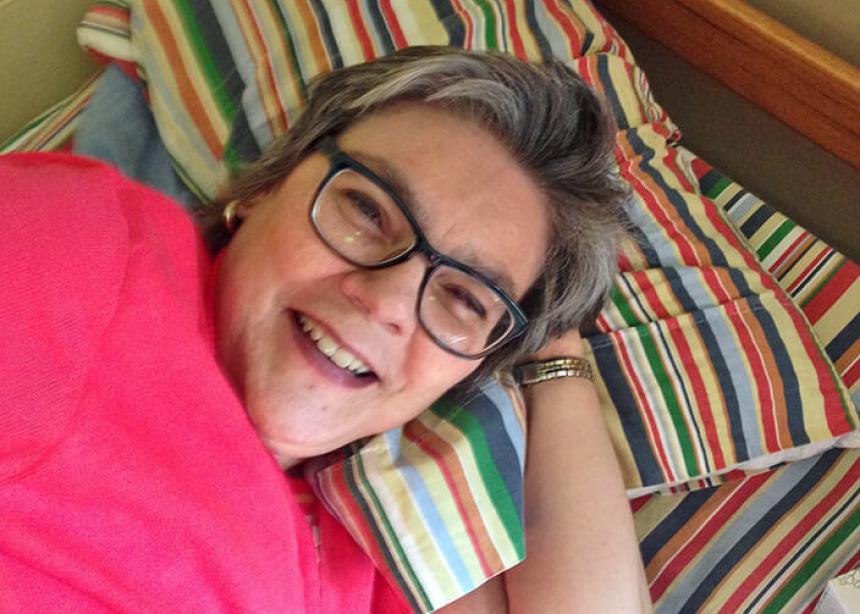 My mother Colleen Thiessen and I were out for a walk when I visited her a few months ago and we passed our church. I asked how she could attend every Sunday morning. She replied, “I don’t. That’s the problem. I barely even have enough strength to just get out of bed.”

Even walking is an obstacle for her these days.

My mother walked through her early years with cautious optimism. She grew up in Winnipeg and, at 22, she struck out on her own to Winkler, Man., to become a teacher. It was her passion.

She met the love of her life, Brian, in 1986. They got married in 1989 and have been together ever since. However, just six months into their marriage, they faced a big challenge. My mother’s body grew so stiff that she couldn’t walk.

“I could remember once crawling to the bathroom on hands and knees,” she recalls.

In 1990, she was diagnosed with rheumatoid arthritis.

The Arthritis Society of Canada describes rheumatoid arthritis (RA) as an autoimmune disease that attacks the body’s immune system. It inflames the tissue in the lining of joints all over the body, and results in swelling, pain, inflammation and joint destruction.

RA affects 1 percent of Canadians, and it affects women three times more often than men. It affects middle-aged people the most, but can hit anyone at anytime. There is no cure.

My mother didn’t know initially that this disease would afflict her for life. “I was ignorant,” she says. “I wasn’t looking very far down the road.”

But with determination, she set her mind to look forward and not behind.

She had children of her own, twin boys, in 1995. According to the Arthritis Society, up to 75 percent of women who have RA go into remission when they are pregnant. She was one of these women. She went off medication during pregnancy and had no signs or symptoms of pain during this time.

But after my brother and I were born, the pain returned with a vengeance. She dealt with ulcers in the lining of her stomach and she took drugs to fight off these sores. The pain in her joints was so bad that, when we were five weeks old, she did not have the strength to pick us up. In 2000, she went on the strongest medication possible to fight RA.

Through all of this, she continued to teach. She moved to a position as a half-time Kindergarten teacher at Winkler Elementary School. The kids loved her, and so did her co-workers, but the pain was unbearable. She called in sick so many times she lost count. In September 2011, my mother felt she wasn’t connecting with the kids, so she received a medical leave and stopped teaching.

“I got to the point where I didn’t care anymore,” she says through tears. “It was at that point where I started to devote my remaining energy to my family.”

My mother quickly became bored just sitting at home. A devout Christian, she started to work at Grace Mennonite Church in Winkler. She served as a Sunday school teacher/helper for 10 years, and was elected to several committees, including the missions and gift discernment committees.

“My strength comes from God, and I try to give my best to him every day,” she says. “I go to church to connect with other believers. It’s to have an official meeting with God. He helps me cope and he gives me my foundation.”

She currently attends adult Bible study on Wednesday mornings with the senior citizens of the church, a group she jokingly refers to as the “saints” of the congregation. She looks after toddlers on Thursday mornings for the young mothers Bible study session.

Meanwhile, her arthritis continues to get worse.

“I’m a deeply spiritual person,” she says. “I believe I was given this to show people to keep going physically and in their faith, even when you don’t want to.”

Brighton Thiessen, 20, is a third-year communications and media student at Canadian Mennonite University. His home church is Grace Mennonite Church in Winkler, Man. 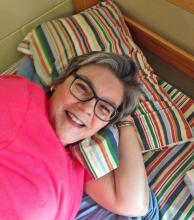 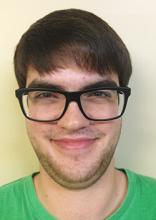