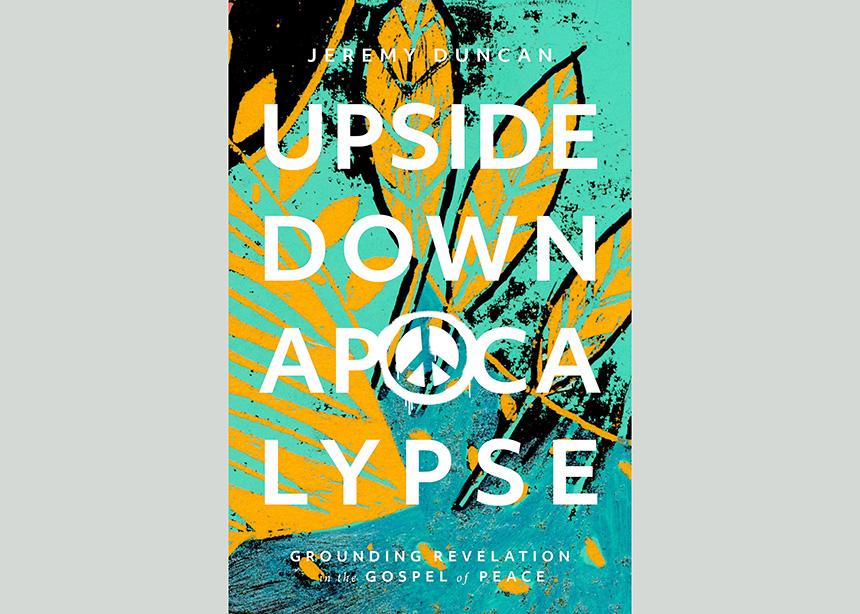 The idea that Christ will return someday “riding on a horse, galloping through town and lopping off heads, is a blatant misreading of what is going on here,” writes Jeremy Duncan about the book of Revelation. He argues that this final book of the New Testament must be read through the lens of Jesus as portrayed in the gospels. Contrary to the pop theology of the Left Behind series, Revelation is not a story of redemptive violence; it is a message of peace.

Revelation is written in an apocalyptic style, full of bizarre images and supernatural happenings that suggest it is a coded message. Many commentators read it as a blueprint for a cosmic cataclysm that will bring the end of the world, but Duncan says this is an incorrect interpretation. He says that Revelation is actually subversive storytelling; it is full of coded messages, but they tell a story of prophetic hope. It was written to bring encouragement during a time of insecurity and anxiety for the church.

“Revelation is not a map of history,” he writes, “It is, in fact, a profound statement about the goodness of God and the unfolding of time.” Duncan argues that Revelation is something like a painting that uses weird imagery to help us look at our world from a different perspective. While many of the images and metaphors seem bizarre and violent to us, they would have been better understood at the time when the book was written.

This apocalyptic style is not linear and does not predict the future says Duncan. It borrows familiar images from the Old Testament prophets and then repeats and recycles the message that God’s love will triumph in the end. It is also about the renewal of the world, not its destruction.

Most of the pages of Upside-Down Apocalypse explain the meaning of the symbols and metaphors in Revelation, which have roots in Hebrew culture but are also borrowed from the Greeks and Romans. For example, the four horsemen are borrowed from Zechariah’s image of the four chariots pulled by horses of different colours. Duncan methodically explains each of the images and why the traditional interpretation is not correct.

“These riders are not meant to be seen as agents of the Lamb carrying out God’s plan,” writes Duncan. They represent the Roman Empire which is not as powerful as it appears. “In revealing God as the one who conquers through love alone, we finally begin to see how our borders, our violence, and our wealth have no ability to save us.”

Duncan’s writing is uncomplicated and easy to follow. He gives simple explanations for the various images, but his explanations depend on historical context so that the various layers of meaning build a complexity that can become a bit overwhelming. But for someone who wants to understand how Revelation is grounded in the gospel of peace, this book is a good place to start. 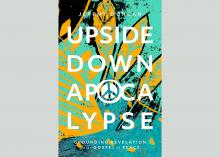 Regarding the book of Revelation, Jeremy Duncan says that many commentators read it as a blueprint for a cosmic cataclysm that will bring the end of the world, but this is an incorrect interpretation. He also says of the Revelation that this apocalyptic style is not linear and does not predict the future. Those statements do not agree with my interpretation of Scripture. Jeremy Duncan is a self-described universalist (www.youtube.com/watch?v=FqkJ6C2iEes), so it’s no surprise that his eschatological beliefs are greatly affected by universalism.

Jeremy says, “…this final book of the New Testament must be read through the lens of Jesus as portrayed in the gospels.” I agree with that, but from a different angle than what he projects. The words of Jesus in Matthew 24, Mark 13 and Luke 21, describe His second coming and the events which precede it. What Jesus says there meshes beautifully with the book of Revelation and Old Testament prophets.

This is such an important issue and many churches do not teach the Revelation of Jesus Christ to John. I
find the book of Revelation a challenging study, but it’s a must. We must be prepared for His second coming and for the deceptions that are prophesied, including the dire consequences of accepting the mark of the beast (Revelation chapters 13-16, 19-20).