You've never heard of it, but Far Beyond Inspired is a great album. Trust me. 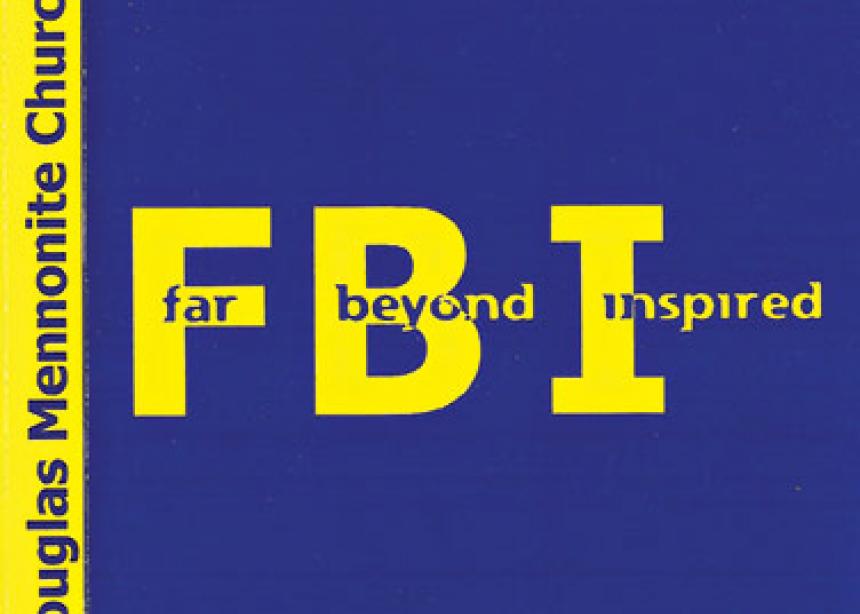 Attention, music fans: Next month marks the 15th anniversary of the release of an album you’ve likely never heard of. Let me tell you about it.

On Dec. 8, 2002, at Douglas Mennonite Church in Winnipeg, we began selling copies of Far Beyond Inspired, a CD featuring original compositions by nine musical acts from the congregation. The 16 songs on the CD encompassed an eclectic range of genres, including rock, folk, praise and worship, rap, children’s, pop and punk music.

You might even know a few of the musicians involved.

Bryan Moyer Suderman, youth pastor of Douglas at the time, contributed “God’s Love is for Everybody,” the title track off his just-released first album, to the compilation. He also served as co-executive producer of the CD, along with my friend Willi Penner and me.

Serving as the project’s recording engineer was Darryl Neustaedter Barg, associate director of communications at MC Manitoba and a member of the committee that is putting together the new Mennonite song collection set for release in 2020.

With private donors covering the cost of making Far Beyond Inspired, 100 percent of the sales went to the church’s Christian Education and Service Fund, a program meant to encourage young people from Douglas to consider Christian post-secondary education and service options.

I was 17 when Willi, who was 25 at the time, emailed me in early February 2002 telling me about his idea for a CD featuring music by Douglas acts. We began exchanging excited emails about the possibilities, and soon I sent Bryan an email outlining the concept. He jumped on board immediately. “In the making and sharing of music, we are participating in God’s mission in the world!” Bryan wrote to me. “Exciting stuff!”

In the months that followed, I learned a lot about project management, including writing a proposal to present to the church that outlined the purpose and goals of making the CD, finding musicians who were interested in contributing their time and talents, and helping to raise the funds needed to cover the costs.

I helped organize a two-day recording session, during which three groups each recorded two songs in the church’s sanctuary. I took some of the photos that appeared on the CD jacket, helped figure out the running order of the songs, designed the cover art and wrote the liner notes. When the CD came out, I helped promote and sell it to the congregation.

Although I was in all likelihood the least musically talented person involved with the project, I even managed to contribute two songs to the recording. One of them, “Straight Outta North Kildonan,” is a rap song about being Mennonite that contains a lyric that remains one of my favourite things I have ever written: “Word to your Oma, I like to speak German / I’ve got more rhymes than your pastor’s got sermons.” I performed it with four of my best friends. We called ourselves Aaron and the Apostles!

Ten months passed between when Willi had the idea for the CD to the day we started selling copies—much longer than I thought it would take. At times, it was frustrating dealing with the nitty-gritty details of making the album.

But as Bryan said in his email, it was exciting stuff. It was exciting for the church as a whole because it allowed us to showcase the diversity of music that members of the congregation were producing for the glory of God. These were not throwaway songs with cheap lyrics. This was a quality collection of music. Fifteen years later, these songs still move me when I listen to them.

Co-producing Far Beyond Inspired was also exciting for me on a personal level. As a huge music fan with not a lot of musical talent, aiding the album’s creation allowed me to make a contribution to music, if only a small one. Instead of being a passive consumer of music, I was, for once, an active participant, helping to create something that could hopefully encourage and inspire others.

Two songs from Far Beyond Inspired are available online. To hear “Be Still” by George Harold Epp, visit soundcloud.com/george-harold-epp/be-still; to hear “Straight Outta North Kildonan” by Aaron and the Apostles, visit  farbeyondinspired.bandcamp.com. 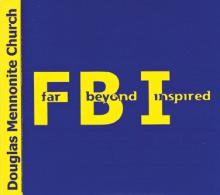 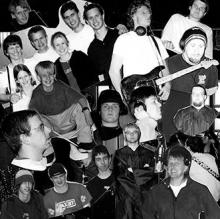 Aaron is without a doubt one of the finest beings I've had the pleasure of working with on a project. The dynamics of the CD are far ranging: at one point you want to break stuff, and 3 minutes and 40 seconds later you're trying not to cry. It was a fantastic effort by all involved. Something that should be considered again.