Three young adults talk about their passion for agriculture 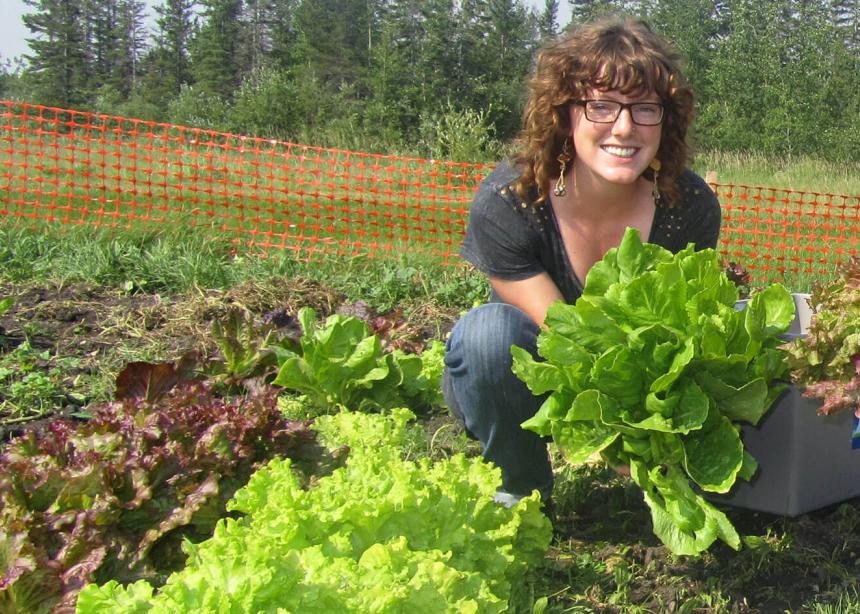 Jedidiah Morton isn’t the first person in his family to work in the dairy industry. His great-grandfather, Abram Lowen, settled in the Beaverlodge area in northern Alberta in the late 1920s and shipped cream.

“I guess you could say I’m bringing dairy back to my family,” Morton says.

Morton has worked on a farm east of Didsbury belonging to Duane and Denise Derksen, a couple he met at church, for the past eight-and-a-half years. When he began working on the farm at 15, something just clicked.

“It was a realization that I wanted to do it for the rest of my life,” he says. “It was an overly enjoyable experience learning about the animals, how the program works and what goes into dairy.”

Morton works alongside the Derksens and their daughter Brittany, to ensure that the 46 cows on the farm are milked three times a day. It’s hard work and long hours, but he takes pride in the fact that he is helping provide milk and dairy products to the public.

For Morton, who has been a part of the community at Bergthal Mennonite Church since 2004, working on a dairy farm also connects to his faith. “God’s put us as humans in charge; to watch over, care for and maintain his creation; to be stewards of the animals and land,” he says. “I try to reflect that in every way I act around the farm.”

Morton recently joined the Holstein Canada cattle association and is looking into buying his own cows to lease into the Derksen farm’s program.

“I don’t foresee myself leaving the dairy industry ever,” he says. “I’m a dairyman, and that’s never gonna change.”

Growing up near Rochester, N.Y., Nathan Klassen took every chance he could to be on a farm. He also started gardening at home as soon as he was old enough to hold a spade.

Owning Nith Valley Organics, a 30-hectare farm a half-hour away from Kitchener-Waterloo, is a dream come true for Klassen, who moved to southern Ontario about 10 years ago to be near family and to study organic agriculture at the University of Guelph.

Klassen uses between six to eight hectares of his property to grow a wide variety of vegetables that he sells primarily at four different markets during the summer, as well as through a small Community Shared Agriculture operation that he runs.

His father, a former computer programmer for Xerox, works with him to research and decide what gets planted. Klassen also employs up to 10 people each summer to help during the peak growing season.

“I love turning sunlight into things I can sell,” Klassen says. “I love being outdoors and I like the diversity of the work. I think if I did exactly the same thing every day, I would be so bored. [Here], every day is a little bit different.”

For Klassen, who attends Hillcrest Mennonite Church in New Hamburg, the difficult times on the farm are often more meaningful than when everything runs smoothly.

“When things aren’t going as easily, I think it’s easier to see God’s hand in my life,” he says. “We might be able to do the work, but the increase we really owe to God. We don’t make the crops grow, we don’t cause the rain to fall at the right times, or the sun to shine. . . . When things don’t just work out according to my plan. it’s tough, but it has a lot of rich meaning.”

“There’s a rawness to farming that’s so beautiful,” Kalynn Spain says. “Sometimes it’s a matter of life and death, and bearing witness to that, which is not something [everyone gets to] experience every day.”

Spain’s love for food led her to an interest in agriculture at a young age. Growing up in the city, however, limited her opportu-nities to experience farms and connect with how food is produced.

That changed drastically in 2013. Shortly after graduating with a degree in conflict resolution from the University of Winnipeg’s Menno Simons College, Spain received a grant to create Small Farms Manitoba, an online directory of small farms in the province that sell directly to consumers. She visited 80 farms that summer and has visited an additional 50 farms since.

“It was . . . about getting out of the city and really meeting people face to face, and bringing their stories alive,” says Spain, a member of Winnipeg’s Hope Mennonite Church. “It was amazing to connect with so many different farmers. I was really changed by all the relationships I created along the way.”

Since the summer she spent establishing Small Farms Manitoba, which has since become a non-profit cooperative called Direct Farm Manitoba, Spain has worked on a farm growing vegetables. She has also worked as a farm inspector for a Winnipeg farmers market, and she spent a summer raising her own pigs at Camp Assiniboia, one of three camps that make up Camps with Meaning, a ministry of Mennonite Church Manitoba.

Today, Spain aspires to own some land of her own so that she can farm. “Farming can really connect to your spiritual life . . . because you are choosing to do something that can be countercultural,” she says. “It can be a really difficult way to live, but for me, I’ve felt closer to God [doing it].” 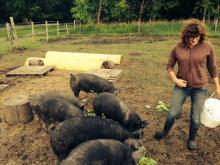 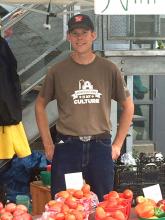 These are inspiring stories to connect to the sustainability and preserve our Mother Earth and nature.