Mennonites in agricultural research learn from plots, buffalo and theologians 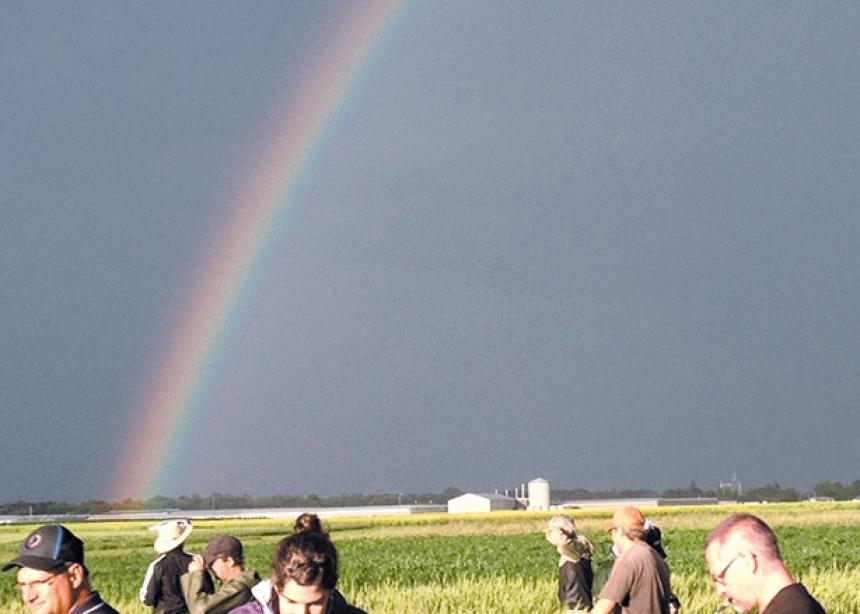 Mennonites are part of the change—as farmers, thinkers and eaters.

Joanne Thiessen Martens notes another change. She grew up on a farm near Austin, Man. Then she studied agro-ecology out of an interest to work overseas, which she did in Brazil with Mennonite Central Committee. Now she does agricultural research at the University of Manitoba.

The change she notes is reduced polarization between the different schools of thought: organic and conventional, small and big, till and no till.

She says emerging interest in soil health cuts across those old divisions.

As a land management specialist with Manitoba Agriculture and a small farmer near Beausejour, Man., Matthew Wiens thinks a lot about soil. To him, soil is not just “a medium to hold up crops and accept inputs,” but rather a “complex ecosystem containing essential microorganisms to be cultivated rather than ignored or fought against.”

What does soil health look like? Wiens shares the example of farmers planting a mix of numerous varieties of forage crops onto a field, grazing it intensively in fall, then returning it to a cash crop the following year. That crop will require less fertilizer and in many cases will look better than it would have in a more typical crop rotation. Also, in a wet planting season the farmer will be able to seed sooner, since the forage growth in late fall uses up water.

It’s about diversity of plants, the work of their roots, integration of livestock and crops, and the myriad microscopic activities in the soil. It is also about reducing the use of synthetic fertilizers that are expensive, energy intense and can affect water quality.

And it is about productivity, a concern of every farmer.

Wiens studied under Martin Entz at the University of Manitoba. Entz leads the Natural Systems Agriculture team, of which Thiessen Martens is a member. Among other things, Entz has overseen organic research plots that have been in production for 26 years, although he too notes a slackening of the dualism between organic and other approaches.

An underlying goal in Entz’s work is to harness nature’s processes and enhance natural functions within agricultural systems. Diversity is key. That can look like planting multiple crops on the same field at the same time, known as intercropping; more variety in crop rotation; use of diverse forage crops; or enhanced landscape diversity, such as protection of wetlands.

“Embracing diversity on the farm can really pay off," he says.

Art Petkau, who farms with his brothers near Morden, Man., moves his cattle to a new strip of pasture every day, except Sundays. This is called rotational, intensive or mob grazing, and it roughly mimics the movement of buffalo over prairie.

The Petkaus have about 600 cows and upwards of 325 hectares of pasture for their otherwise conventional cow-calf operation. Petkau feels intensive grazing results in more productive pasture and healthier animals, compared to the traditional approach of letting cattle out on a large area for an extended period.

“I think it’s working,” he says. “Other guys who have done it longer than us are sold on it.”

Petkau’s motivation is simple. “Increased production is what I’m looking for,” he says.

At Thousand Hills Ranch, south of Morden, Man., Dean and Tiina Hildebrand also practise intensive grazing. They raise grass-finished beef and use no synthetic pesticides or fertilizers on their farm.

Dean says that some ranchers have electronic gates that allow them to move cattle up to six times a day. He moves his once a day or less, depending on the state of the pasture.

He has seen improved pasture productivity and animal health in the five years he has been practising intensive grazing. He also experiments with seeding vetch, clover and birdstail trefoil into his pastures for greater diversity and healthier soils.

For Entz, the nitty gritty of plant varieties and grazing practices are tied to bigger questions. In 2015, he spent a sabbatical at Canadian Mennonite University. He wanted to know what theologians had to say about sustainable agriculture.

He was struck by the idea of sabbath as a time to let the land rest. This is not about “doing nothing,” but rather “stepping away” and letting “creation be itself.” He calls that a good lesson for natural systems agriculture. “We are sometimes over-managing,” he says.

Within the mix of evolving agricultural thinking and moral considerations, Thiessen Martens suggests the need for an underlying shift away from a singular focus on “growing as much food as possible in as efficient a way as possible.” This approach is often morally undergirded by the drive to “feed the world.”

But she focusses on a broader set of values that include long-term soil health, ecosystem sustainability and even the beauty of rural landscapes. She worries that someday we may see that a narrow focus inadvertently obscured our view of factors she believes are ultimately vital to meeting humanity's needs.

Read about how Canadian farms are helping to combat global hunger: “Growing projects celebrate a successful 2017.” 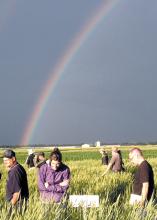