Faith up front in Thailand 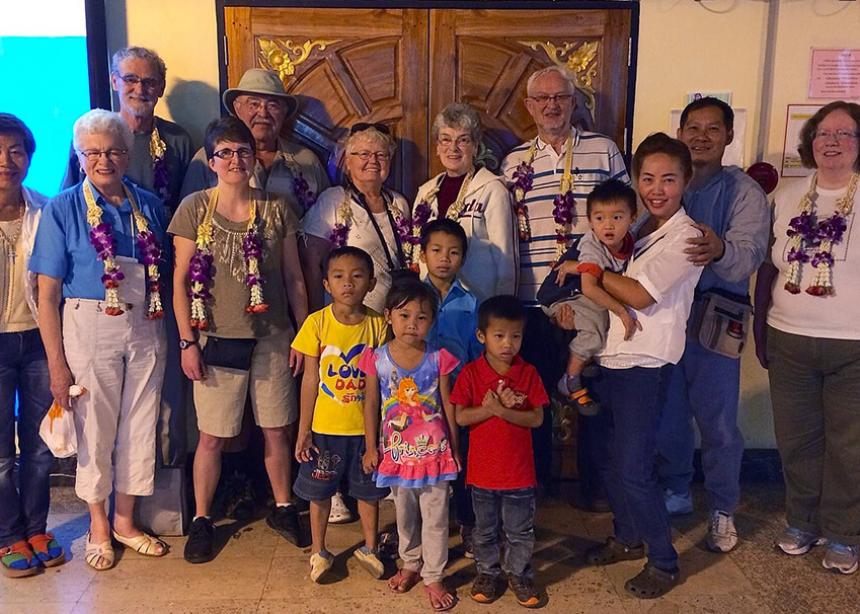 A farmer disappointed by tumbling returns on his cassava crop is still eager to use a portion of his property for a future youth Bible camp facility. Another man is excited to witness to Christ in his secular job.

These are just two of the inspiring Christians encountered by a Canadian mission team during a trip to Thailand in February 2016. The group consisted of eight people from Trinity Mennonite Church in Calgary and two people from Enderby, B.C. They travelled to Thailand to meet an emerging community of faith led by Tom and Christine Poovong, Trinity Mennonite members and Mennonite Church Canada Witness workers in Khon Kaen.

The visit was coordinated by retired pastors Hugo and Doreen Neufeld, mission partnership coordinators at Trinity. Hugo is a former member of MC Canada’s Witness Council.

The mission team returned from the trip inspired. “We noticed the joy in Christ that believers expressed in worship and in their everyday lives,” the Neufelds reflected in an e-mail. “Faith is upfront in what they do every day.”

The growing city of Khon Kaen is located in northeast Thailand, a poorer region of the country. It is home to the Isaan people and many migrants from Laos, which borders Thailand to the north. In this largely Buddhist population with few Christians, the Poovongs are providing pastoral leadership to the emerging Maliwan Mennonite Church.

The Neufelds expressed admiration for the extent of the Poovong’s ministry and the faith reflected in what they do: “Tom and Christine are connecting with not only the Maliwan congregation, but also with other believers scattered in small villages in Thailand, as well as in Laos, who need support, encouragement and prayers. They have an energetic vision and, with the power of the Holy Spirit, are working hard at carrying it out.”

Part of the Poovongs’ ministry includes the pursuit of income-generation initiatives to support individual families and provide long-term sustainability for the congregation. Menno Nursery, an outreach project that began last year, offers free child care, allowing parents to seek employment. In a late 2015 update, the Poovongs noted that four local families were part of the nursery, two of them being new believers. Menno Nursery is currently being redeveloped to include a pre-school program.

The Poovongs dream of working with individuals to start small businesses like a coffee stand and selling chickens to serve the community and help grow disciples.

During their visit, the mission team sampled everyday life in Thailand under temperatures as high as 38 C. Team members toured animated marketplaces; feasted on local dishes prepared over charcoal-fired stoves; floated through red lotus flowers in a low boat; and travelled through the countryside peppered with Buddhist temples and rice paddies, and frequented by water buffalo. They also travelled over bumpy roads under construction and negotiated the bureaucracy of border crossings for a visit to Laos, where Tom grew up.

In a Maliwan worship service, Tom described the church of Philadelphia in Revelation 3—the city of God—and prayed that both Khon Kaen and Calgary would become known as cities of God too.

The Poovongs are working hard to encourage that vision. “Pray for Tom and Christine, who are being a powerful witness to Christ in a country where there are few Christians,” the Neufelds wrote. 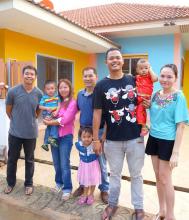 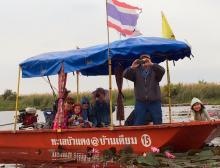